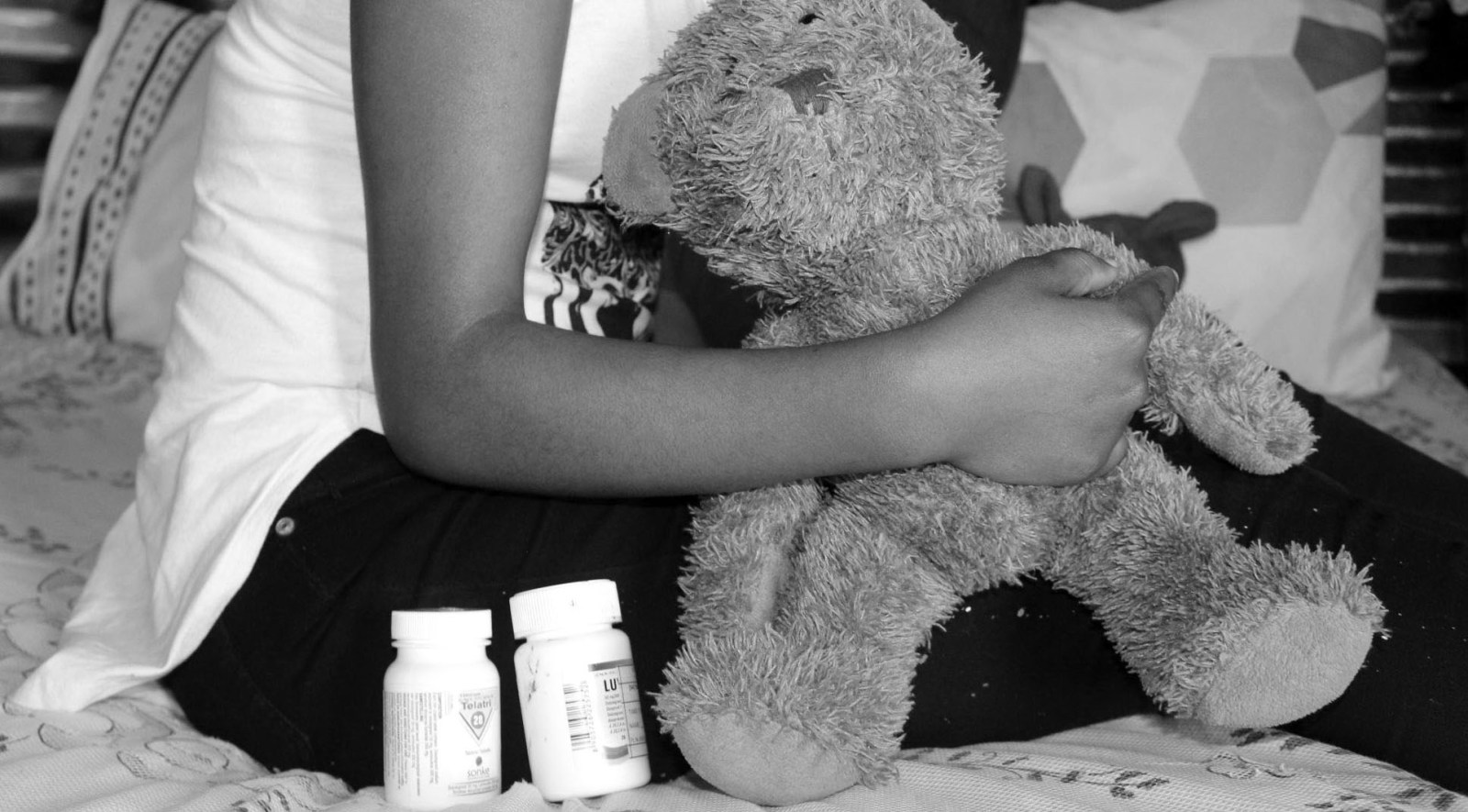 Study findings have suggested that using a combination of broadly neutralising antibodies (bnAbs) may offer a viable alternative to antiretrovirals when treating HIV in some children. (Photo: Sandile Duma / Spotlight)

Broadly neutralising antibodies (bnAbs) are one of the most active and exciting areas in HIV research. Last year, Spotlight reported on a ‘proof of concept’ study showing that a specific bnAb can successfully prevent infection with certain strains of HIV. Now, we also have intriguing findings suggesting that bnAbs may have a role in the treatment of HIV in children.

Broadly neutralising antibodies (bnAbs) are one of the most active and exciting areas in HIV research. While they haven’t been able to outperform antiretrovirals in any trials so far, evidence is mounting that they do have some efficacy, both for HIV prevention and treatment.

Last year, Spotlight reported on a “proof of concept” study showing that a specific bnAb can successfully prevent infection with certain strains of HIV.

Now, study findings have suggested that using a combination of bnAbs may offer a viable alternative to antiretrovirals when treating HIV in some children. The study findings were presented at the recent Conference on Retrovirus and Opportunistic Infections (CROI) by Dr Roger Shapiro from the Harvard T.H. Chan School of Public Health.

Shapiro explained that this was a proof-of-concept study that evaluated a monthly combination of two bnAbs, known as VRC01LS and 10-1074, as a treatment alternative to antiretroviral therapy in 25 children in Botswana. The children, aged two to five, are all living with HIV and were all stable on antiretroviral therapy at the beginning of the study.

In the second stage of the study, the antiretrovirals were stopped and the bnAb treatment was continued alone for 24 weeks (six months). If viral rebound occurred in this time (that is to say, HIV started replicating again in the body), children were put back onto antiretrovirals right away.

In the third stage, the dual bnAb treatment was stopped and antiretrovirals restarted. It was a single-arm study with no control group.

“Among the 25 children, 11 — or 44% — maintained viral suppression through 24 weeks of bnAb only treatment, and 14 – or 56% — had viral rebound before 24 weeks,” says Shapiro. For the 56% who had a viral rebound, the median time to failure was four weeks. All the children who had viral rebound were able to re-suppress when ART was restarted.

“These results exceeded our predefined threshold for success, as the number who did not rebound was far higher than would be expected in the absence of treatment,” Shapiro said.

He added that the bnAbs were safe and well-tolerated, and CD4 counts (a measure of the health of the immune system) remained at a safe level for all children.

“Ultimately, we hope that the right combination of early treatment regimens using both standard antiretroviral therapy and bnAbs can improve the chances for some children to control HIV on their own,” says Shapiro.

The first thing one needs to understand is how an antibody works, says Dr Catherine Scheepers, a researcher focused on virology and antibody responses to viral infections at the National Institute of Communicable Diseases.

Antibodies are proteins capable of blocking infection caused by pathogens like viruses. This process is called neutralisation, and when a virus changes by accumulating mutations, it starts to look a bit different from the original virus that the antibody blocked, which often results in the antibody no longer being able to block the infection.

Scheepers says that if a virus doesn’t change too much, the antibody can still work, but in the case of HIV, the virus changes so drastically that the antibody won’t recognise this new version.

This is where the broadly neutralising antibody comes in.

BnAbs that develop in response to HIV are capable of neutralising or blocking many different strains of HIV, according to Scheepers. These bnAbs can develop naturally in response to HIV, but only in around 25% of infected people and the process takes many years.

“The reason it takes so long is because bnAbs develop through a maturation process. When someone becomes infected with HIV, they make antibodies against the virus, but these are usually not very strong,” she says.

The immune system and the virus are then locked in an “arms race”, according to Scheepers, where the antibodies try to accumulate mutations to strengthen their response to the virus, while the virus is also changing. The virus and the antibody then try to outsmart one another.

“In some cases, this arms race results in bnAbs,” she says. But these naturally occurring bnAbs have a drawback, Scheepers explains.

“They’re not able to protect against infection or disease progression as the person has already been infected for too long and eventually the virus wins unless treated with antiretrovirals,” she says.

BnAbs can, however, also be manufactured in the lab and given as an infusion earlier on in someone’s disease course, or even prior to infection. It is two such lab-made bnAbs that were tested in the Tetelo study.

“Advantages of bnAbs over standard antiretroviral treatment may include their potential to improve immune recognition of HIV and possible depletion of viral reservoirs to a greater degree than antiretroviral therapy,” Shapiro says.

Prof Linda-Gail Bekker, Director of the Desmond Tutu HIV Centre, points out that bnAbs are already being used in other areas of medicine like rheumatology and gastroenterology.

She describes bnAbs as a passive transfer of immunity. “It means you can, if you like, get immunity on tap. It’s immediate and if it works. It’s highly effective,” Bekker says.

“It’s even better if you have it prophylactically… then you can stop infection, because what these antibodies do is they kind of cling wrap the pathogen on its entry… wrap it up and then put it in a form where the body can excrete it, so you know, kick it back out of the system.

“It’s a brilliant way of getting rid of a foreign object,” she says.

Bekker says it’s still early days, but bnAbs could be extremely useful for HIV prevention because, if it works, it would stop the infection. With regard to treatment, she says bnAbs will probably be used in conjunction with something else.

“We now have a proof of concept, and we have a pipeline of very exciting antibodies that are coming down the pike that now need to go into phase two and phase three (studies),” she adds.

With regard to using bnAbs as an HIV treatment option for children, Bekker says the nice thing is that kids always need less. “So, their dose is smaller. That’s very exciting,” she says.

One instance where bnAbs could prove useful, according to Bekker, is giving the infusion to children who are born to mothers living with HIV as a prophylactic intervention that could give them immediate coverage against the virus. Another instance is where children are exposed to breast milk from someone living with HIV.

She adds that bnAbs can be classified as a long-acting HIV prevention method. “But it’s not an antiviral. It’s a completely natural phenomenon to give somebody an antibody,” she says.

However, cost may be a factor that could hinder access, Bekker says, and so there needs to be a parallel process to develop bnAbs as well as find ways to manufacture it in a less expensive manner. (Spotlight previously reported on South Africa’s biopharmaceutical industry and efforts to reduce the cost of producing products like bnAbs here.) DM/MC