Government has the upper hand as unions table public se... 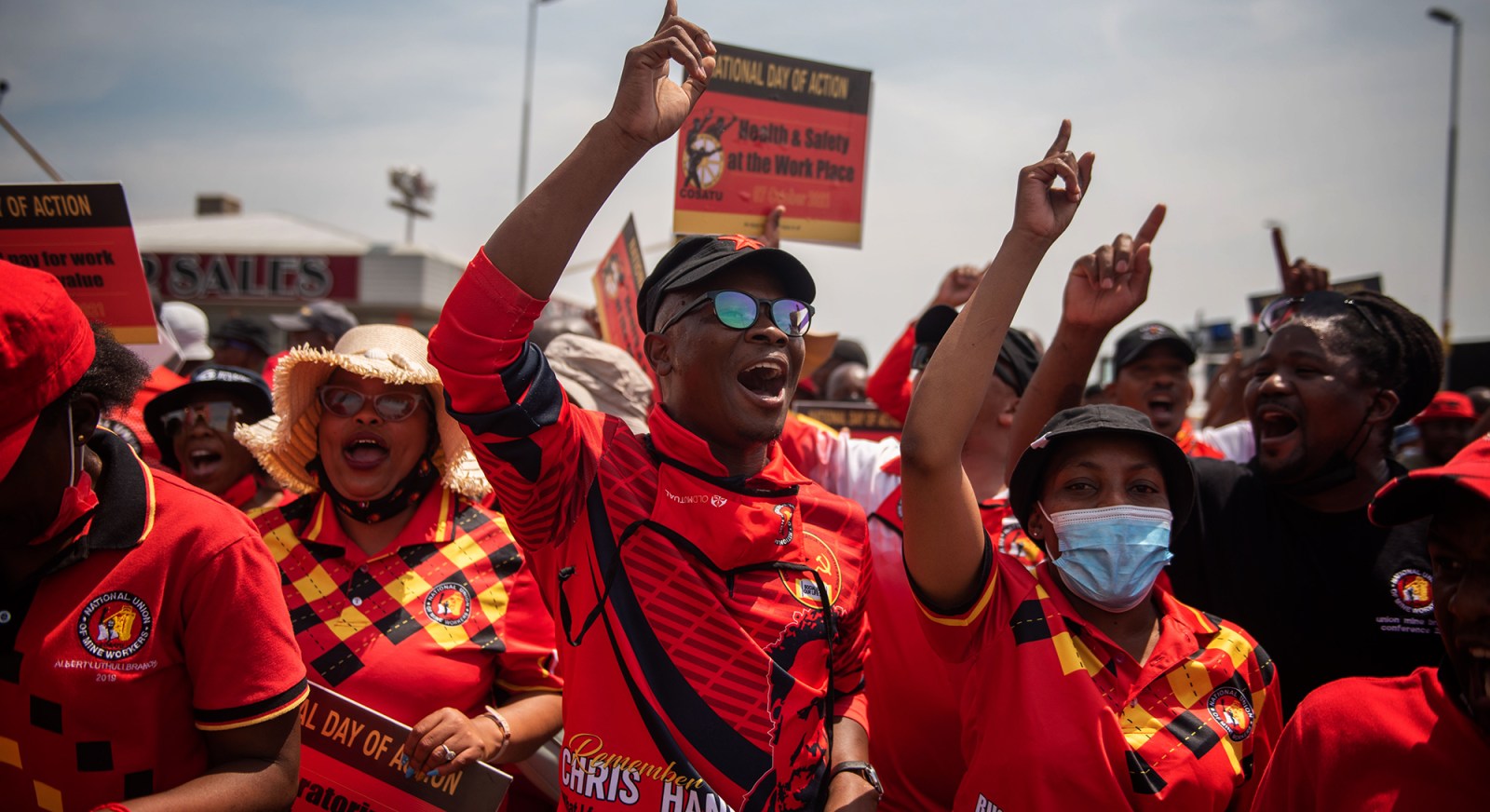 Business Maverick understands that some trade unions have proposed a wage increase equivalent to consumer inflation (currently 5.7%) plus two percentage points. The increase, which works out to nearly 8%, would be for this year.

In previous years, trade unions were bold and forceful in proposing wage increases above consumer inflation for public servants, including nurses, doctors, police officers, teachers and others. If they didn’t get their way, they threatened to down tools and cripple public services.

But this time, trade unions will begin wage talks without a strong bargaining position. The government has the upper hand after recently scoring a victory against trade unions at the Constitutional Court, which will fundamentally impact the collective bargaining process.

The apex court’s ruling affirmed the government’s right to renege on a collective agreement on wage increases for public servants if it doesn’t have money to comply with the agreement. The last leg of a three-year wage agreement, which proposed increases of about 8% in 2020 for public servants, was declared unlawful by the Constitutional Court.

The court tossed out the deal because representatives of the Department of Public Service and Administration (responsible for public sector employment conditions) had signed it without National Treasury’s concurrence, and also without knowing if money would even be available to fund these increases. Read more here.

The wage adjustment negotiations for 2022 will be tougher than usual for several reasons. The government is set to inform trade unions that their public service members will not be awarded inflation-busting wage increases for the third consecutive year.

Some unions are unwilling to accept this.

The Public Servants’ Association and trade unions affiliated to labour federation Cosatu informed Business Maverick that they are still consolidating their wage adjustment demands for 2022.

Consolidating will ensure that unions show a united front when they officially present their demands to the Department of Public Service and Administration and the Treasury. After all, there are about 10 trade unions representing public servants and their demands can be fragmented if they don’t work in a coalition.

Business Maverick understands that some trade unions have proposed a wage increase equivalent to consumer inflation (currently 5.7%) plus two percentage points. The increase, which works out to nearly 8%, would be for a single year (2022). This is a departure from past practices as trade unions and the government preferred to conclude a multiyear wage agreement, covering at least three years. Multiyear wage agreements allow the government to plan in finding money to fund wage increases due to public servants. And for trade unions, a multiyear wage agreement, if concluded in good faith, guarantees that the wages of their public servant members will be adjusted, thereby avoiding wage disputes and potential strikes.

Union leaders have argued that the Constitutional Court judgment will have the unintended consequence of a multiyear wage agreement being jettisoned by the government any time it doesn’t want to comply with it.

Mugwena Maluleke, the chief wage negotiator for most Cosatu-affiliated unions, said a multiyear wage agreement would be a hard sell considering that workers don’t believe it would be honoured by the government.

Trade unions want the government to go back to how wage increases were historically structured. Over the past decade, consumer inflation has always been built into the structure of wage adjustments – known as “cost of living” increase/adjustment. Up to two percentage points would be added on top of inflation to reach the final wage adjustment rate. The two percentage points would be for pay progression, which is awarded to public servants for their years of service or performance.

Going back to the old ways of calculating wage adjustments won’t fly for Treasury, which plans to meet the unions at the end of March to discuss their demands.

Since 2020, Treasury has been steadfast on a wage freeze for public servants because it wants to slash spending and bring ballooning state debt under control. It will cost the government R682.5-billion in 2022 to pay public servants – the largest component of government expenditure, leaving little room for funding crucial service delivery efforts or pro-economic growth and investment initiatives.

In terms of wage adjustments, all that public servants received in 2020 and 2021 was a 1.5% “pay progression”, which had always been pencilled in by Treasury.

On top of this adjustment, Treasury offered public servants an after-tax cash gratuity (or bonus) of R1,000 a month in 2021 to sweeten its offer. Treasury is prepared to extend the gratuity for another year.

This is all that it is prepared to offer public servants. DM/BM