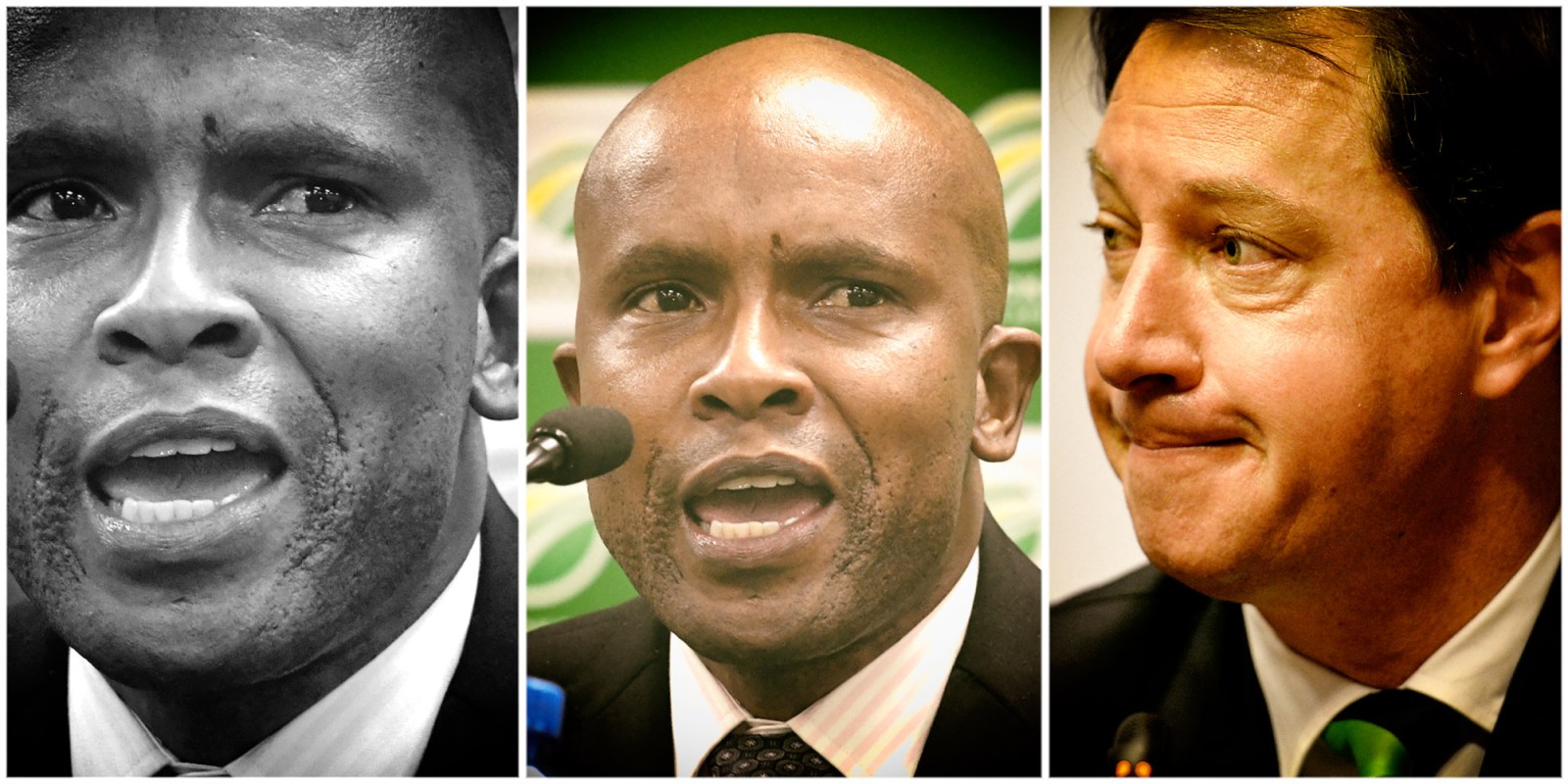 On Wednesday, Cricket South Africa finally named a new CEO, while SA Rugby made a strong defence for the continued employment of its chief executive.

It was a day when two of South Africa’s biggest sports organisations backed their chief executives in two vastly different circumstances.

The chairman of the Cricket South Africa (CSA) board, Lawson Naidoo announced Pholetsi Moseki as its new CEO after an eight-month search. Moseki will formally take the position on April 1, although he has been the acting CEO for more than a year.

Moseki only joined the organisation in mid-2019, a few months before its leadership collapse started in earnest. In December 2019, Thabang Moroe was suspended and CSA has not had a permanent CEO since, underlining the flux the organisation has endured.

Moseki has navigated the challenging times with skill and integrity in his 14 months as acting CEO. Given the amount of intellectual capital he has earned in that period, the confirmation of his role as permanent CEO makes sense in terms of continuity.

Moseki has spent months rebuilding bridges and trust in the organisation and has achieved relative stability, despite not formally having the backing of the board until this week.

“Pholetsi has displayed extraordinary dedication and commitment since he joined the CSA family in 2019,” Naidoo said.

“He has been the key link in the leadership chain at CSA, especially during challenging periods. He has played a key role in getting the organisation moving in the right direction.”

Moseki, a qualified chartered accountant, understands the enormity of the role before him, which he can now start with a five-year contract and a clear mandate. He is certainly mature enough to shrug off the insult of not being initially considered for the role.

He and Naidoo said all the right things, but the reality was that the board searched high and low for someone else before settling on what many believe was the obvious choice.

“We need to rebuild faith in our organisation,” Moseki told the media. “Breaking trust is very easy but building it takes a long time. There’ve been numerous challenges, which resulted in a lot of our stakeholders losing trust, and me being confirmed CEO doesn’t necessarily mean there is going to be trust. It will be a process, but it is something we are focused on.

“A lot of our stakeholders have lost faith in the organisation – that includes the South African Cricketers’ Association (Saca). It’s something we focused on improving. It’s a work in progress. Our relationship with Saca has improved tremendously from where it was two years ago. Ultimately, all of us want the same thing, which is sustainability in cricket.”

While Moseki has already been in talks with Saca over a revised memorandum of understanding, which governs the relations and terms between CSA and professional players, his most pressing issue is stabilising finances.

CSA’s cash reserves have dwindled from more than R1-billion five years ago to under R300-million now. Major sponsors such as Standard Bank walked away from the sport when the boardroom drama exploded, and they haven’t been replaced.

“Finance is an important priority for us. The environment has totally changed. The economy is quite tough, not only for cricket but for the other sporting codes as well,” Moseki said. “Part of our strategy is looking at our whole ecosystem and seeing how we can diversify our revenue streams.”

Hopefully, he will receive the support of the board, but more importantly, be allowed to perform the duties of CEO without interference. The board should provide oversight and ensure he meets his fiduciary responsibilities, which, given his track record, should not be an issue.

Unlike CSA, SA Rugby (Saru) has been a superbly run organisation for years under CEO Jurie Roux. But after losing a separate legal battle and being ordered to pay damages in the amount of R37-million to Stellenbosch University (Maties) last December, his job at Saru has been called into question.

Roux was found to have made payments from unauthorised cost centres when he ran the Maties Rugby Club finances between 2002-2010. Although the arbitration ruling stated that Roux never personally benefited from the payments, the arbiter agreed that Maties had suffered damages. A figure of R37-million was demanded.

The matter is now heading to the Western Cape High Court, and possibly even the Constitutional Court, as Roux continues to contest the outcome.

Saru president Mark Alexander told a Parliamentary Sports Portfolio Committee on Wednesday that the organisation had been aware of the legal process for most of Roux’s 11 years at Saru. Alexander also pointed out Roux’s stellar service to Saru and that he had paid for his entire legal defence against Maties.

Alexander was adamant that Saru had managed the situation by the book and that they had no legal grounds to suspend Roux.

“It must be remembered that this happened with his [Roux’s] previous employer and not with SA Rugby,” Alexander told the members of the portfolio committee.

“It is not a cut and dried matter as if he worked for SA Rugby; there are other options we had to take and we have to follow due processes. We’ll wait for our attorneys to come back to us and we’ll follow their advice, because it wouldn’t be a normal suspension.

“There have been similar instances elsewhere, but you can’t suspend a person for something that happened in a different organisation. There were no allegations when he was employed.

“At that point in time [when he was employed by Saru in 2011], there were no allegations of legal action against him when he was appointed,” Alexander said.

“Three years later, after his excellent service at SA Rugby, Mr Roux advised the president at the time of the legal action being taken against him [by Maties].

“We took that to our attorneys and checked whether we applied our fiduciary responsibilities and the necessary corporate governance.

“It is Mr Roux’s case and SA Rugby has nothing to do with his bills. What we’re paying for is the advice we’re getting from our lawyers. We’re not paying for his legal fees.” DM