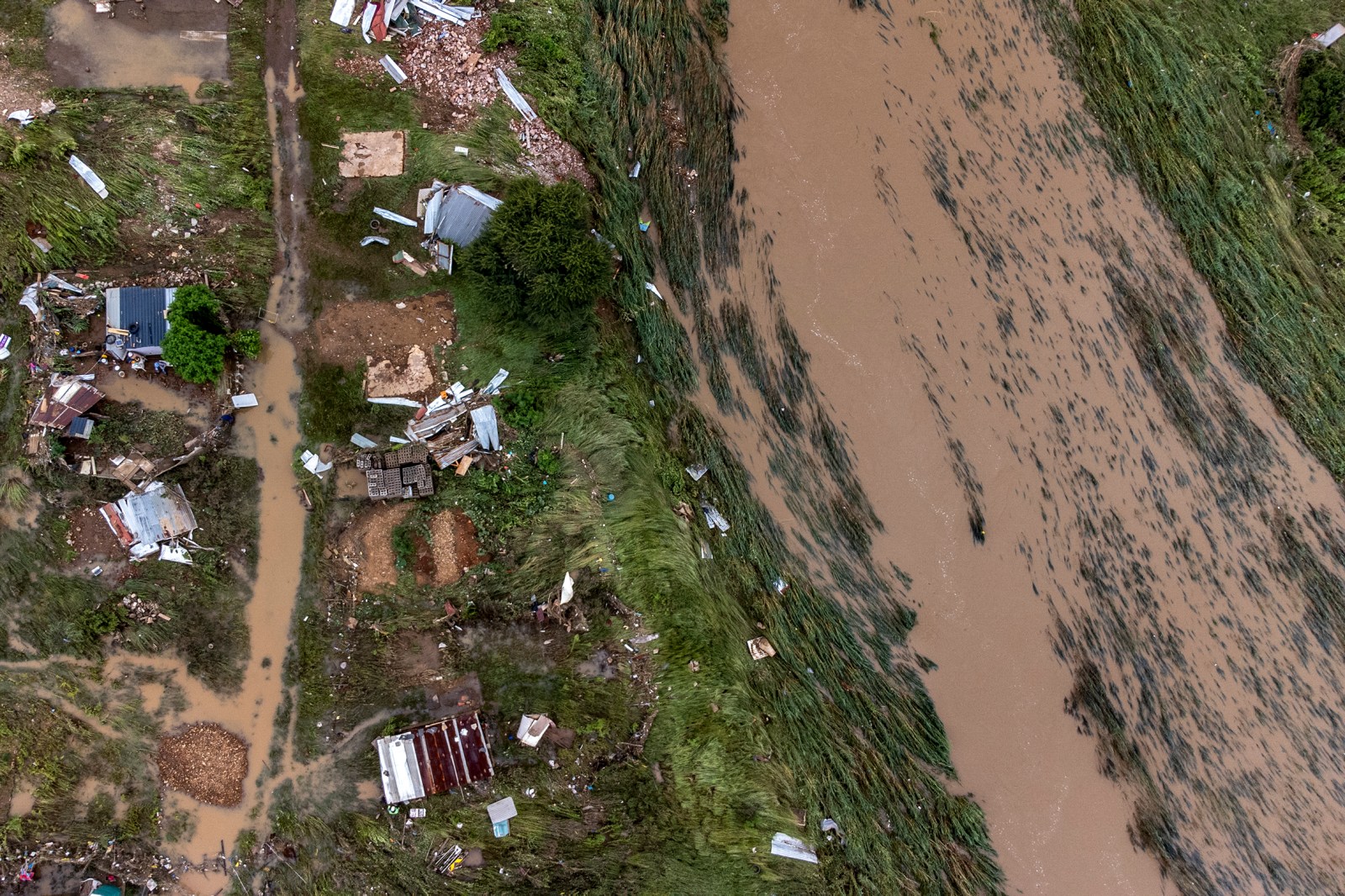 A drone image showing some of the damaged shacks in Mamelodi, Tshwane, on 5 February 2022, after flash floods displaced many people. (Photo: Shiraaz Mohamed)

The City of Tshwane has revealed that it is being taken to court to compel it to fulfil a promise to buy land for R296-million for the relocation of flood victims.

Valumax, the landlords of a property to which Mamelodi flood victims were supposed to be relocated, is taking the City of Tshwane Metropolitan Municipality to court in a bid to compel it to make good on its promise to buy the land from the company for R296-million.

At that time the municipality had been collapsed and put under administration by Gauteng cooperative governance and traditional affairs MEC Lebogang Maile, who installed Nawa and his fellow administrators, Stuurman explained.

Stuurman insists the City will not go ahead with the land purchase deal, saying it is fraught with irregularities.

“The illegal administrators (Mpho Nawa and his group) wrongfully wanted to use R296-million of the City’s utility services development grant to buy land from Valumax Group instead of using the money for its intended purpose, namely development infrastructure like electricity,” he said.

“Tshwane mayor Randall Williams reversed the deal after the Constitutional Court reaffirmed him as the City’s legitimate administrator in October 2020. This as the City has serious challenges regarding infrastructure development. Williams is disputing the legitimacy of the deal itself and the findings of independent land evaluators who had been roped in to assess the cost of the deal.”

Stuurman said the court matter between the Valumax Group and the City of Tshwane was pending. “There are currently some pre-trial matters so no date has been set for the trial as of this time. The municipality is defending the matter as there was no meeting of minds as properly required between  parties entering into a contract. The land seller, Valumax Group, altered the sale agreement signed by the acting city manager of Tshwane.

“Furthermore, this matter is sub judice and the municipality does not want to make pronouncements on this matter as that may reveal its legal strategy to the media,” added Stuurman, who declined to furnish Daily Maverick with papers and documents regarding the City’s court dispute with Valumax Group.

Valumax would not discuss the case either.

Meanwhile, Mamelodi-based Ward 15 councillor Joel Masilela has lambasted the DA-led City of Tshwane administration for reneging on the land purchase deal that he says was meant to permanently relocate Mamelodi flood victims to Pienaarspoort.

Speaking in his capacity as spokesperson of the ANC’s Greater Tshwane Caucus, Masilela was adamant that the deal would have resulted in flood victims being relocated to a safer area with basic amenities.

“When Mpho Nawa and his fellow administrators assumed the governance of Tshwane in March 2020, they had immediately sought to fulfil the City’s promise to relocate Mamelodi flood victims, hence the establishment of a fund through which land would be purchased on behalf of the flood victims. The new land in Pienaarspoort would have led to the establishment of a mini township with 15,000 stands for the victims. Mayor Randall Williams politicised the whole land purchase deal as it was not a DA-led initiative. His suspicions of wrongdoing are driven by a personal vendetta against the former administrators and not based on scientific evidence,” claimed Masilela.

A fortnight ago, Masilela led scores of Mamelodi flood victims on a march to Tshwane House, the municipality’s headquarters, to register their protest against the City’s failure to relocate the victims to Pienaarspoort.

In a memorandum handed to MMC for human settlements Abel Tau, the marchers demanded that the Mamelodi flood victims be relocated to Pienaarspoort immediately or the victims would flagrantly occupy any land that belongs to the City.

Masilela said the march was sparked by Tau’s announcement that flood victims in informal settlements such as Gomora in Pretoria West would be relocated before the Mamelodi flood victims, who were reeling from a second flood disaster while Gomora residents were only experiencing their first.

Mamelodi informal settlement dwellers were hit by floods in 2019, and again in January 2022. DM