Off-form Sekhukhune out to reverse fortunes against buoyant Maritzburg 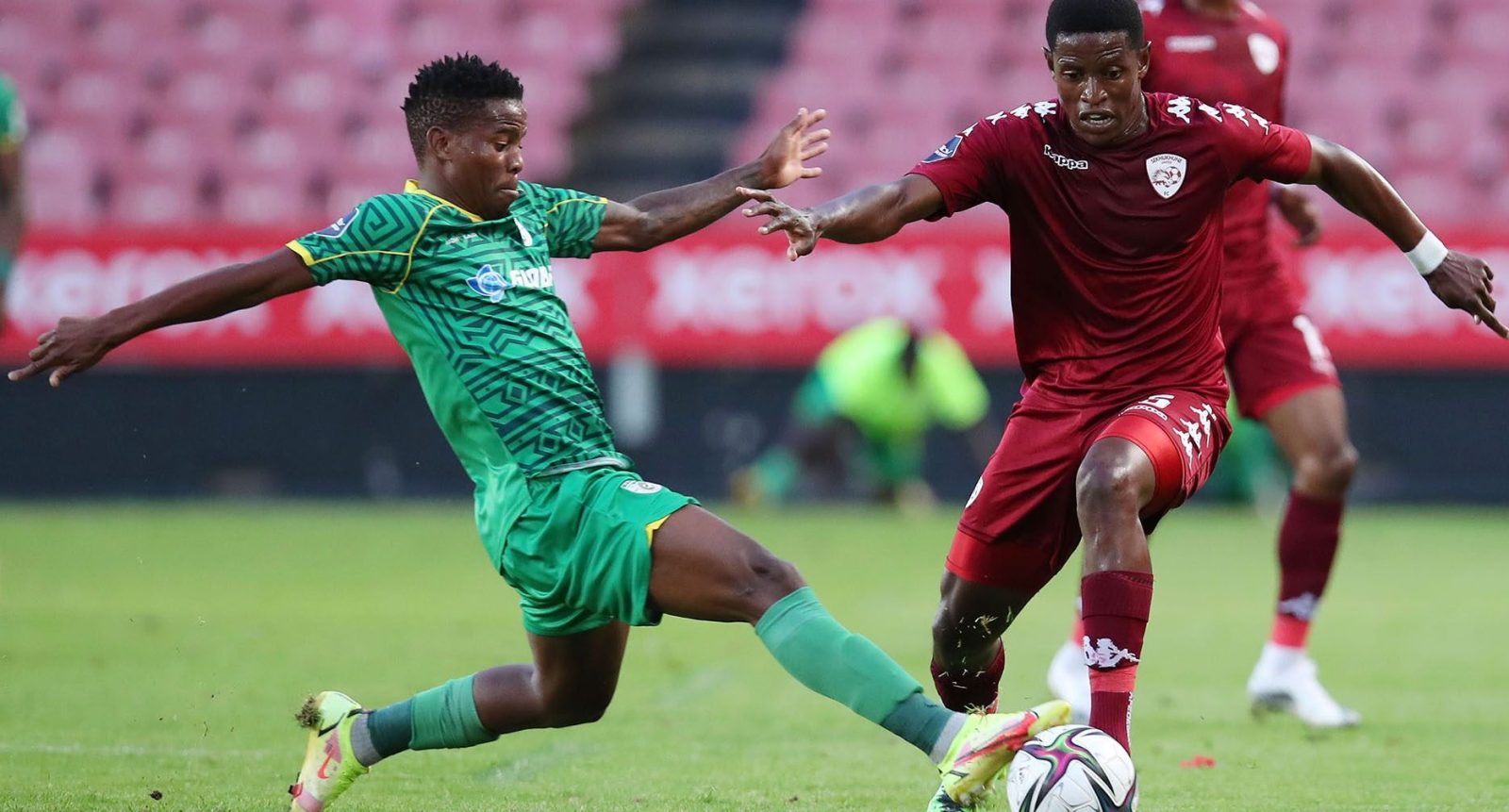 After a solid start to life in the DStv Premiership, Sekhukhune United are having a bad run. They face a Maritzburg United side also desperate for three points, in order to distance themselves from the relegation zone.

DStv Premiership newcomers Sekhukhune United started off their season confidently, beating a few of their more established rivals along the way, including Maritzburg United, Cape Town City and AmaZulu.

Recently though, the Tembisa-based club has faced a rotten run of form that sees them sitting outside of the top eight. They will be out to arrest this slump in form when they clash with Maritzburg again on Wednesday afternoon.

The intriguing contest is one of three Premiership fixtures scheduled for midweek, with Marumo Gallants taking on the relegation-threatened Chippa United, while Orlando Pirates and SuperSport United will lock horns in what promises to be a riveting encounter.

In the opening 10 games of their debut in the top flight, rookies Sekhukhune managed to accumulate 17 points. They won five, drew two and lost three. It was a return that saw them hover around the top six teams in the league, rising as high as second at one point.

Their last 10 league games have seen their fortunes flip almost 180 degrees. From those, Babina Noko have only won two, drawn a further two and lost six. Of particular concern for those associated with the club is that three of those six losses have come from the team’s last three games.

In the Nedbank Cup, where they would have loved to have a deep run as a cherry on top for what has been a decent debut season overall, they were knocked out by Platinum City Rovers on penalties – in the first round. It was a performance that Sekhukhune head coach MacDonald Makhubedu lamented and described as “too casual” from his side.

Despite the disappointment of being bundled out of the cup and two consecutive league defeats, Makhubedu says the hierarchy of the team is not overly concerned.

“We’re a new side. We’re not under any pressure. We wanted 20 points in the first round of the season, we got them. Now we’re on 28. This gives me hope that we’ll do well and earn a good position by the end of the season. However, we don’t have targets and mandates. Our management just wants us to do well,’’ Makhubedu recently told Sowetan.

They face a Maritzburg United side that is riding high after handing log leaders Mamelodi Sundowns a rare defeat during their last outing. The KwaZulu-Natal outfit has been flirting with relegation this season, and sit on 21 points from 21 games – just five points clear of bottom-placed Baroka.

The Team of Choice is hopeful that the victory over the defending Premiership champions can bring a good run of results for them as the season approaches the final stretch.

“We’re confident coming off a victory against Sundowns, which was a big one for us. We’re still there [in the relegation zone], we’re still under pressure. But I think that win relieved a bit of the pressure off us,” said Maritzburg United defender Keegan Ritchie ahead of the crunch clash with Sekhukhune.

“For now, we can’t be too pretty. We have to win ugly games. Sometimes, when the football is not going well, we have to just put the work in and fight, fight until the last minute.”

With Sekhukhune’s form in mind and a crucial three points on the line, that is the message Makhubedu is likely to be preaching to his charges – lest they find themselves pulled into the relegation dogfight. DM