CCMA upholds another dismissal over refusal to vaccinate 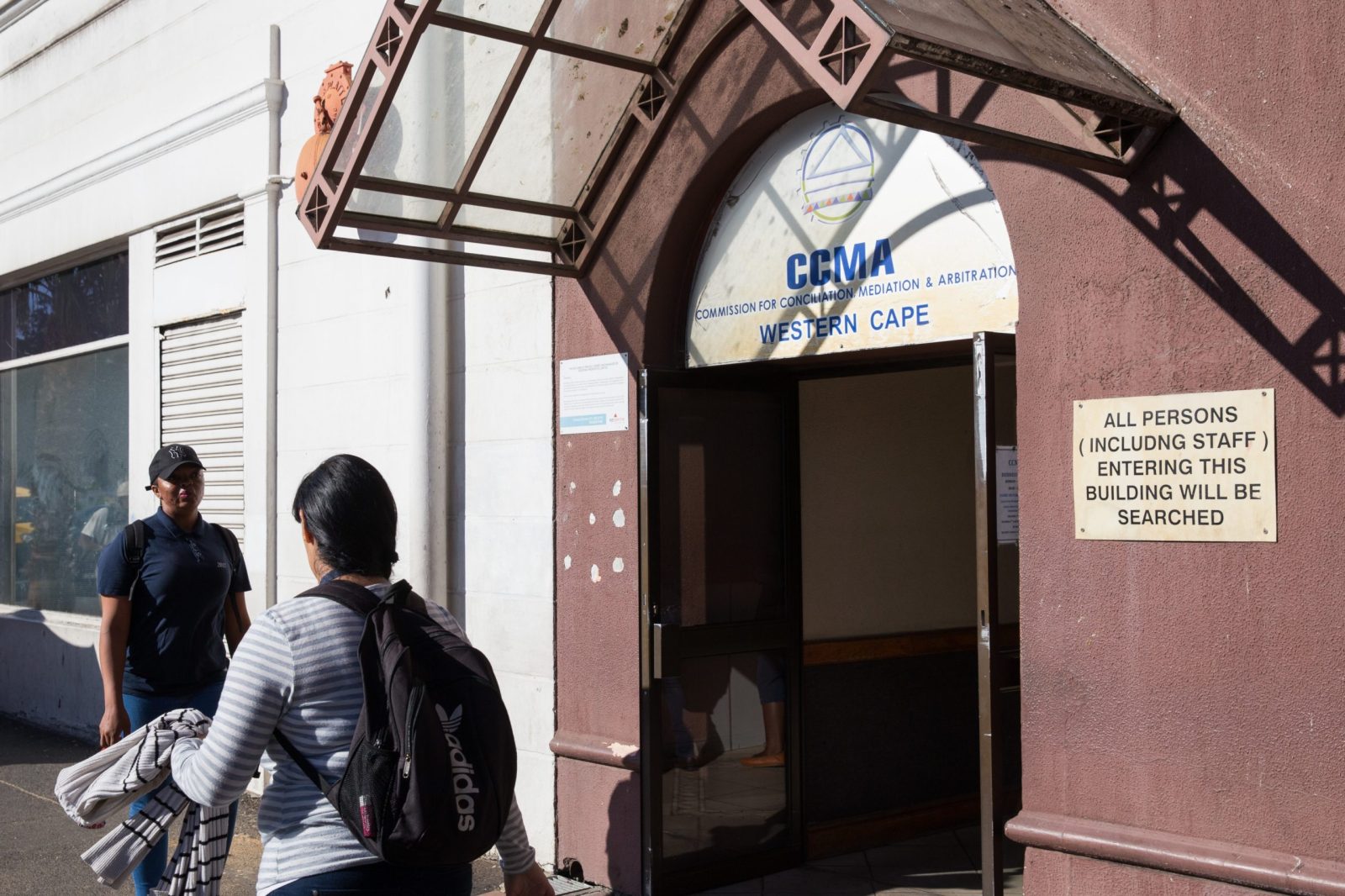 The Commission for Conciliation, Mediation and Arbitration (CCMA) has upheld the dismissal of an ‘anti-vaxxer’ but also found the employer to be at fault for sending him a ‘do or leave’ Whatsapp message, without proper consultation. (Archive photo: Ashraf Hendricks)

Commissioners awarded the worker compensation because his employer fired him on WhatsApp and without proper consultation.

The Commission for Conciliation, Mediation and Arbitration (CCMA) has ruled that the dismissal of an “anti-vaxxer” was fair but in the same breath found the employer to be at fault for sending him a “do or leave” Whatsapp message, without proper consultation. This was in contravention of the Covid-19 directives issued by the Minister of Employment and Labour, the CCMA said.

This was the outcome of yet another Covid vaccination workplace challenge before the CCMA which provides further clarity to employers on how to deal with unvaccinated employees.

This matter was heard by commissioners, Winnie Everett and Laurie Warwick on 7 March, in what they described as a “hybrid” sitting due to the novel nature of mandatory vaccination disputes.

The ruling was centred on the dismissal of articled clerk Dale Dreyden from Wellington-based law firm Duncan Korabie Attorneys at the end of August 2021. The firm had a mandatory vaccination policy because its owner, Duncan Korabie, suffered from life-threatening conditions, had co-morbidities, and had been advised by his doctors to minimise possible exposure to Covid. Other employees, who worked in an open-plan office, were also considered high risk or had relatives with co-morbidities.

According to evidence, it was not possible to work from home because the firm had been hit by cybercrime, apparently because of its work with the Zondo Commission of Inquiry into State Capture.

Korabie said that there had been various meetings to discuss the issue of workplace safety due to the pandemic. In January 2021, he drafted a policy that set out “the need to vaccinate and the consequences of non-compliance which included disciplinary action up to and including termination of employment”. This was placed on the internal server.

In August 2021, Korabie informed staff that he would not waive the requirement for staff to be vaccinated. Dreyden and another staff member objected.

According to Korabie, Dreyden referred to “anti-vaccination” footage on social media and said his father had used ivermectin to cure people. Korabie then sent a group Whatsapp message giving all employees ten days to get the jab. Failing to do so would result in dismissal.

Dreyden responded, reaffirming his decision not to be vaccinated. That same day, Korabie responded saying, “thank you for your notice” … “Tomorrow will be your last day … you don’t have to come in. I will pay you until tomorrow.”

Dreyden, in his complaint to the CCMA, said no fair procedure had been followed by the company. He said there had only been informal discussions on the matter, he could not give his reasons for not wanting to be vaccinated in a “room full of people”, there was no law requiring mandatory vaccination, and he had not signed the “policy”. Another reason he gave was that there was no formal opportunity to deal with his concerns.

Dreyen cited his constitutional right to bodily integrity and unfair discrimination on religious beliefs as grounds for complaint. He only wanted compensation and did not want to be reinstated.

The commissioners agreed that there was no Act mandating workplace vaccination but pointed to the fact that other reasons for dismissal, such as abscondment or fraud, were not specifically listed in the Labour Relations Act.

They noted that the Occupational, Health and Safety Act obliged employees to cooperate with efforts to implement health and safety regulations.

Dealing with the directions issued by the Minister of Employment and Labour in June 2021, the commissioners said, “If the State of Disaster were to come to an end, the regulations would have no force and effect and the provision of mandatory vaccination in the workplace would cease to exist unless provided for in some other legislation”. These directions applied at the time of Dreyden’s dismissal.

The commissioners said the guidelines require an employer to conduct a Covid-19 risk assessment, develop a plan taking into account the constitutional right to bodily integrity, freedom of religion and belief and opinion in terms of the Constitution, identify measures regarding the vaccination of employees (whether merely encouraging or requiring mandatory vaccination), consult with employees, educate them, inform them and, in the face of resistance, ask for reasons and provide counselling.

The guidelines direct an employer to take steps to accommodate employees as far as is reasonably practical. “The guidelines stop short of stating that employees may be dismissed. However, this is implied by the requirement for reasonable accommodation. The procedure most closely resembles the procedure required for incapacity.”

Korabie’s evidence about his medical condition and the danger Covid posed to his health and life was convincing. “It was clear he assessed the risk and that of other employees. This informed his strictly held view that a vaccination would be required. The applicant’s only counter was to emphasise that the discussions were not formal.

“However, evidence suggests that he was well aware of Korabie’s position. And Dreyden did not provide a clear reason for his refusal. The most compelling was his right to bodily integrity. Korabie went into considerable detail on why he was unable to reasonably accommodate him. We are satisfied that he applied his mind to reasonable accommodation,” they said, finding that Dreyden’s dismissal was substantively fair.

The commissioners said Dreyden had shown a “willingness to follow so-called conspiracy theories about the vaccine”. Instead of engaging with him personally, Korabie had used a workplace Whatsapp platform to send the “do or leave message”.

The firm was ordered to pay Dreyden, who earned a stipend of R2,500 per month, one month’s compensation and four weeks’ notice pay, totalling just more than R4,800 by 25 March. DM