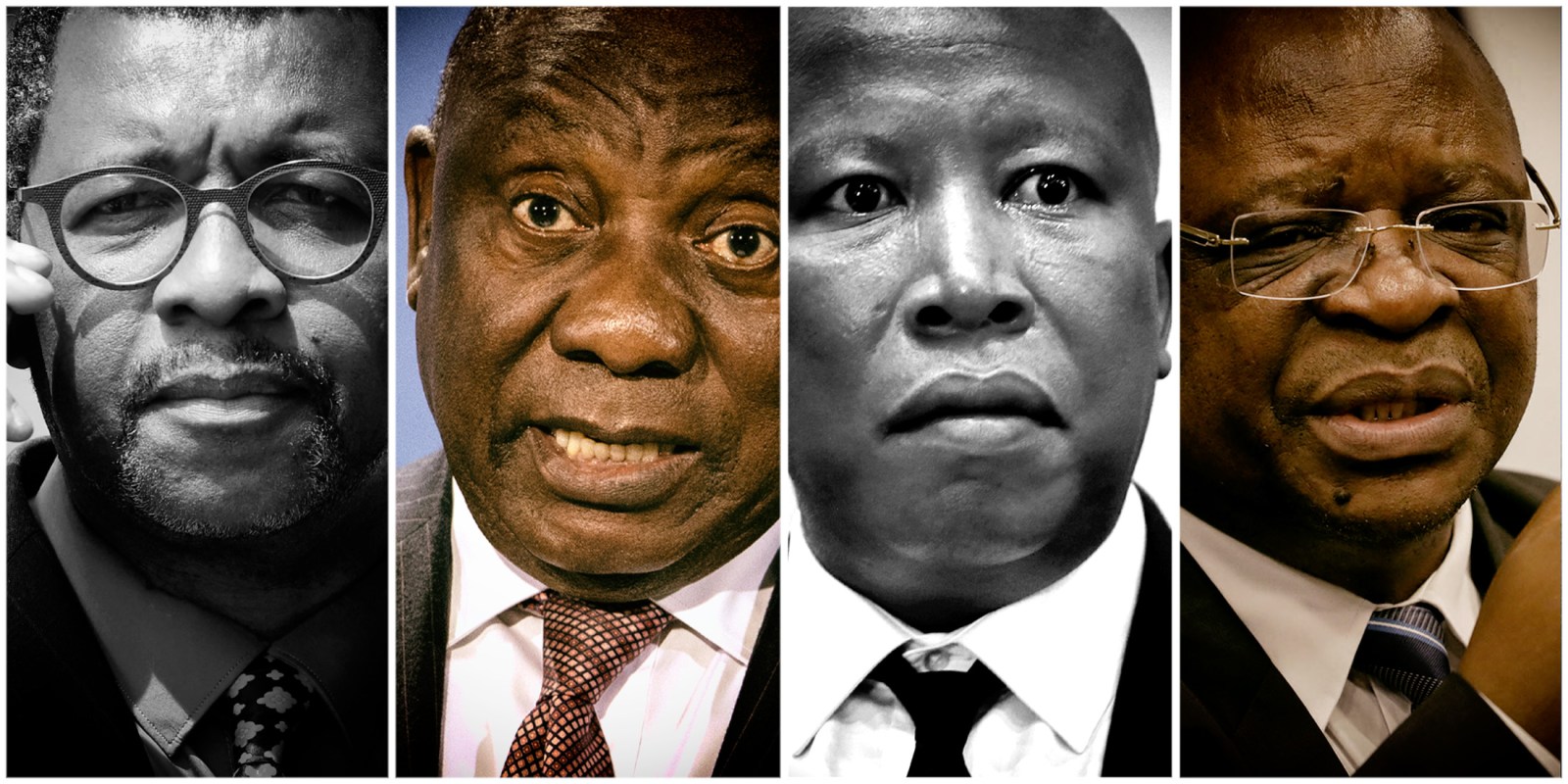 While the behaviour of certain Judicial Service Commission (JCS) members during the Chief Justice interviews was sharply criticised, it may be that they created the perfect situation for President Cyril Ramaphosa to make the appointment he wanted all along, Raymond Zondo.

This might be another example of the power of transparency in our society and the weakness of those who cannot hide their naked political agenda in such a forum. There is a risk for EFF leader Julius Malema to commit the same set of loud mistakes in future, as he will remain a member of the JSC, from now on chaired by Zondo.

Ramaphosa’s appointment of Zondo appears to fly in the face of the recommendation by the JSC, which recommended Judge Mandisa Maya. To add to the pressure to make this appointment was the fact that we have never had a woman Chief Justice (or even a woman Deputy Chief Justice).

On the face of it, this is quite a dramatic decision. It appears to be unprecedented for a president to do this, to ignore the JSC’s advice. It is, however, entirely legal and within his power to do so.

This process had other unprecedented features as well.

In the event, as is well known, the JSC hearings were then used by those with a political agenda, in particular the EFF leader Julius Malema, and, representing advocates, Dali Mpofu (a former national chair of the EFF).

Their conduct was sharply criticised, in particular the way the Mpofu introduced, without evidence, claims against one candidate, Judge Dunstan Mlambo.

On the evidence, it appeared that both Mpofu and Malema were running a political campaign. They did not want either Mlambo or Zondo.

The fact that the EFF was particularly opposed to both was again made clear in the party’s response to Zondo’s appointment, when it described him as “arguably having the most delegitimising and compromising interview in front of the Judicial Service Commission”.

However, the behaviour of both Malema and Mpofu may well actually have been an example of public overreach. In the process, they have both revealed their real agendas.

For example, after the interviews Mpofu still claimed that he did not have to tell Mlambo in advance that he was going to ask him about unsubstantiated rumours of sexual harassment.

But this appears to have been directly contradicted by advocate Dumisa Ntsebeza, who was on the JSC for many years.

Ntsebeza said that, “My sense is that the person is entitled to be told that there are rumours and these rumours are based on A, B, C, D, or if there any evidence what is this based on, or there are unconfirmed rumours, and we would like to give you an opportunity to give your side of the story if you are aware of them… then the candidate would have known ahead of time, what do I do here do I take the option of saying that we unaware of these rumours or yes I am going to be prepared to deal with these rumours when I come before the commission”.

And, of course, the chair of the JSC hearings on that day, Deputy Supreme Court of Appeal President Judge Xola Petse, eventually ruled the questions out of order precisely on this point, that Mlambo was not given notice that they would be put to him.

It is this kind of point that reveals how far both Mpofu and Malema were prepared to go. And it may also be because of this that Advocates for Transformation, who nominated Mpofu as their representative on the JSC, have said that his term of office has expired and he will not be nominated again (the advocates’ profession has two representatives — by convention ATF nominates one representative which is then formally nominated by the General Council of the Bar).

However, the bigger lesson here may be about the power of transparency of an open process.

If, for example, the interviews had been held behind closed doors and the JSC had said Maya was its preferred candidate, particularly because it was time to appoint a woman Chief Justice, it might well have been politically harder for Ramaphosa to make this appointment.

There are echoes here of the power of transparency in the Zondo Commission itself.

The findings have been largely accepted by our society (with the exception of one of those against whom findings were made, and their allies) precisely because the commission heard evidence in public, for everyone to see.

It is because of this process that people like Malusi Gigaba or Ace Magashule found themselves with virtually no political power even before the findings were released.

While there has been much public discussion already about Zondo’s appointment, it may be important to focus now on what the future holds for the JSC.

While Mpofu may no longer sit on the commission, it is clear that Malema will remain a commissioner and be a part of meetings chaired by Zondo.

Malema has already claimed that Zondo is not a person fit for the job. But he will find that he has no choice but to accept Zondo’s decisions.

The importance of this position, of Chair of the JSC, is crucial. It was because of then Chief Justice Mogoeng Mogoeng’s mishandling of JSC meetings that one interview process had to be run again. And Petse’s decision that Mpofu’s questions to Mlambo be expunged again underscores the position’s power.

While it may be entirely in Malema’s character to try to defy rulings by Zondo, he will likely end up making the same mistake that both he and Mpofu made in these last hearings.

Because the hearings are held in public (while the deliberations are held behind closed doors) he may publicly rail against Zondo. But he may find that his demands or behaviour are again seen in public as unreasonable, and that this does nothing to help him to achieve his aims.

Rather, he may, again, make the mistake of weakening his own agenda.

For Zondo, of course, one of his main tasks will be to strengthen the JSC, to turn it into a forum that is respected by the entire country. He may find this a tough task with at least one opponent on the commission.

But, as he did during the Zondo Commission, he will have the power of transparency on his side and credibility earned through his long career and also the massive task of helming the State Capture Commission. DM