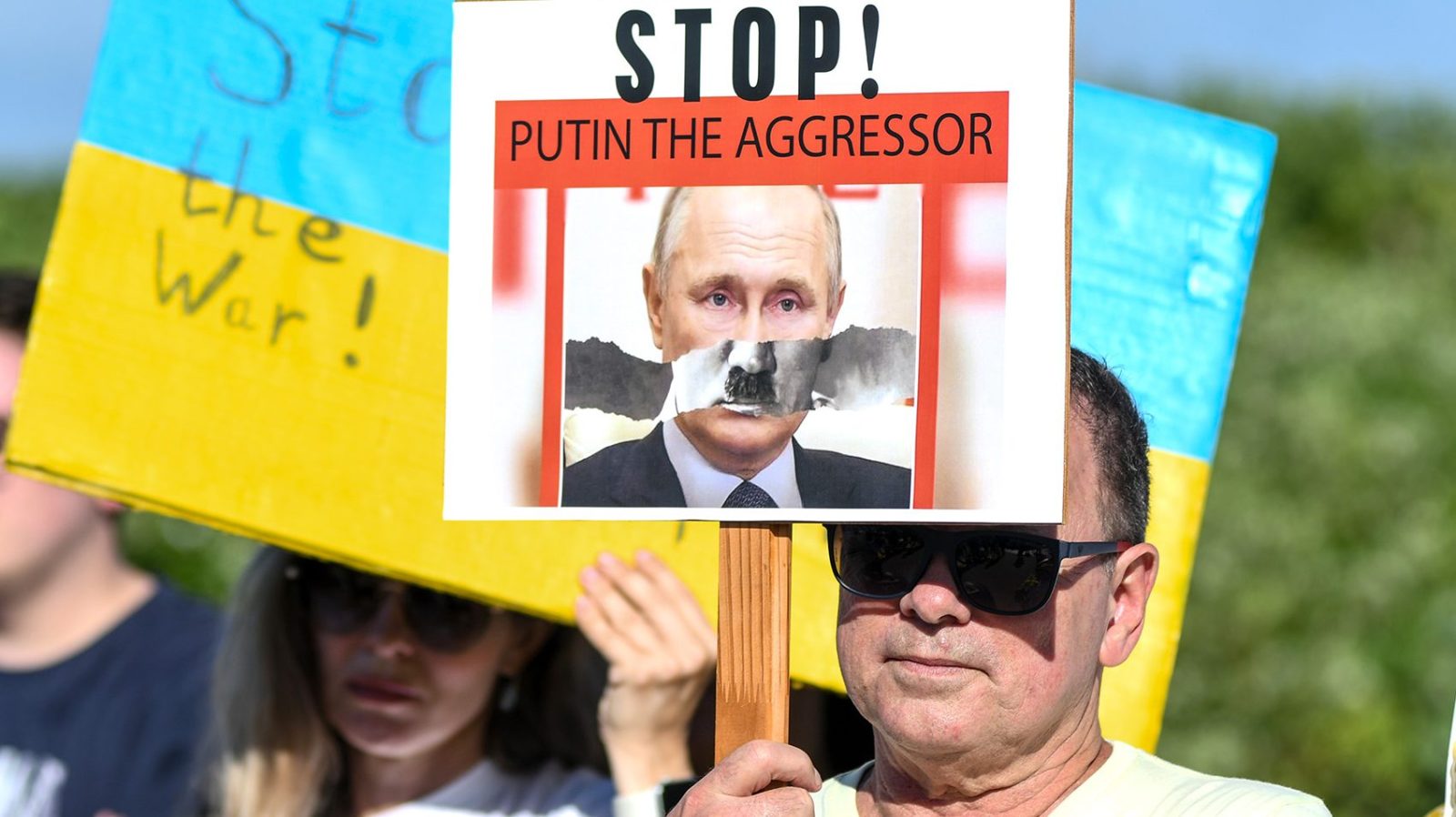 A protest at North Beach, Durban, on 6 March 2022 against the Russian invasion of Ukraine Protests have erupted around the world, with thousands of people taking to the streets in support of Ukraine. (Photo: Gallo Images / Darren Stewart)

Multilateral organisations need to step up in this time of crisis, at the very least by providing compensatory financing to help the developing world cope with multiple price shocks to global food prices as well as rising input and transport costs.

It is difficult to see any winners in the ongoing war caused by Russia’s irrational and devastating invasion of Ukraine. But the losers extend far beyond the people of Ukraine, who are being attacked, and the people of Russia, who did not choose this war but now must endure an economy being dismantled by trade and financial sanctions. The economic impact of the conflict will be felt around the world, including in many developing countries that are already struggling to recover from the Covid-19 pandemic.

But global energy prices had already been soaring, following a period of dramatic volatility during the pandemic. The price of Brent crude, which had fallen to as low as $9 per barrel in April 2020 at the height of the pandemic’s first wave, rose above $90 per barrel in January 2022. Since then, the Ukraine war has put further upward pressure on oil and gas prices.

Western media have focused on the impact of rising energy prices in Europe, which relies heavily on natural gas imports from Russia. But most of the world’s oil and gas importers are much poorer. Many of these countries were unable to mount fiscal responses to the pandemic on the scale of those in the US and other advanced economies, and have since experienced much weaker recoveries in output and employment. This latest oil-price spike is a blow they can ill afford, as it is likely to generate balance-of-payments problems and domestic inflationary pressures that will be tough to combat in the current uncertain context.

Of course, the additional inflationary pressures from the Ukraine war are also complicating the challenge that policymakers in rich Western economies face in tackling rising prices without causing a hard economic landing. Oil is a universal intermediary good, which influences the costs of commodities and services, as well as transport costs, in multiple ways.

Oil-price increases can thus be a significant driver of cost-push inflation even at the best of times. But inflation in rich countries was already at levels they had almost forgotten. Policymakers also appear to consider only the most simplistic weapons against inflation, like raising interest rates and tightening liquidity, which do little to address cost-push pressure and could cause a real economic downturn.

But the challenges are greater still in the developing world, leaving policymakers with even less wiggle room. The dramatic recent increase in oil prices obviously affects oil-importing countries directly, and will feed into all other prices through rising input and transport costs.

The tragedy playing out in Ukraine is also increasing global food prices, creating even more pain in developing countries where hunger had already increased dramatically during the pandemic. Before the war, Ukraine was the world’s fifth-largest wheat exporter, and also a major exporter of barley, corn, rapeseed, and sunflower oil. The prices of these commodities in global trade have risen significantly, adding to recent increases in crop prices generally.

Now there is a further danger: Financial investors who had been betting on speculative asset markets will need to find other places to park their money, and food futures could emerge as a favoured destination. In the first five days of March, the price of wheat futures at the Chicago Board of Trade increased by 40%, putting it on track for its largest weekly increase since 1959.

Crop production in developing countries could also be hit by fertilizer shortages. Russia, the world’s largest wheat exporter, is also a major fertilizer producer, and disruptions to these exports will push global food prices even higher.

We previously saw parts of this movie in otherwise peaceful times, just before the global financial crisis, and it was a dark and depressing story even then. The food crisis that resulted from financial-market speculation in 2007-08 led to massive increases in hunger and devastated the lives of hundreds of millions of people in developing countries. That crisis occurred even though global supply and demand of food items did not change much. But now, with real reductions in global food supply almost inevitable, the price rises could be greater and longer-lasting. If speculative pressure increases, already fragile economies will be damaged even more.

It may not be surprising that the G7 (whose recent track record as a self-appointed leader of the global economy is hardly distinguished) is not expressing much concern about these real and pressing dangers. But multilateral organisations surely need to step up in this time of crisis, at the very least by providing compensatory financing to help the developing world cope with multiple price shocks, and suggesting and enabling regulations to prevent speculation in essential markets.

Without such efforts, Russia’s war against Ukraine will wreak much more damage on the global economy — and poorer countries will be among the hardest hit. DM

Jayati Ghosh, Executive Secretary of International Development Economics Associates, is Professor of Economics at the University of Massachusetts Amherst and a member of the Independent Commission for the Reform of International Corporate Taxation.