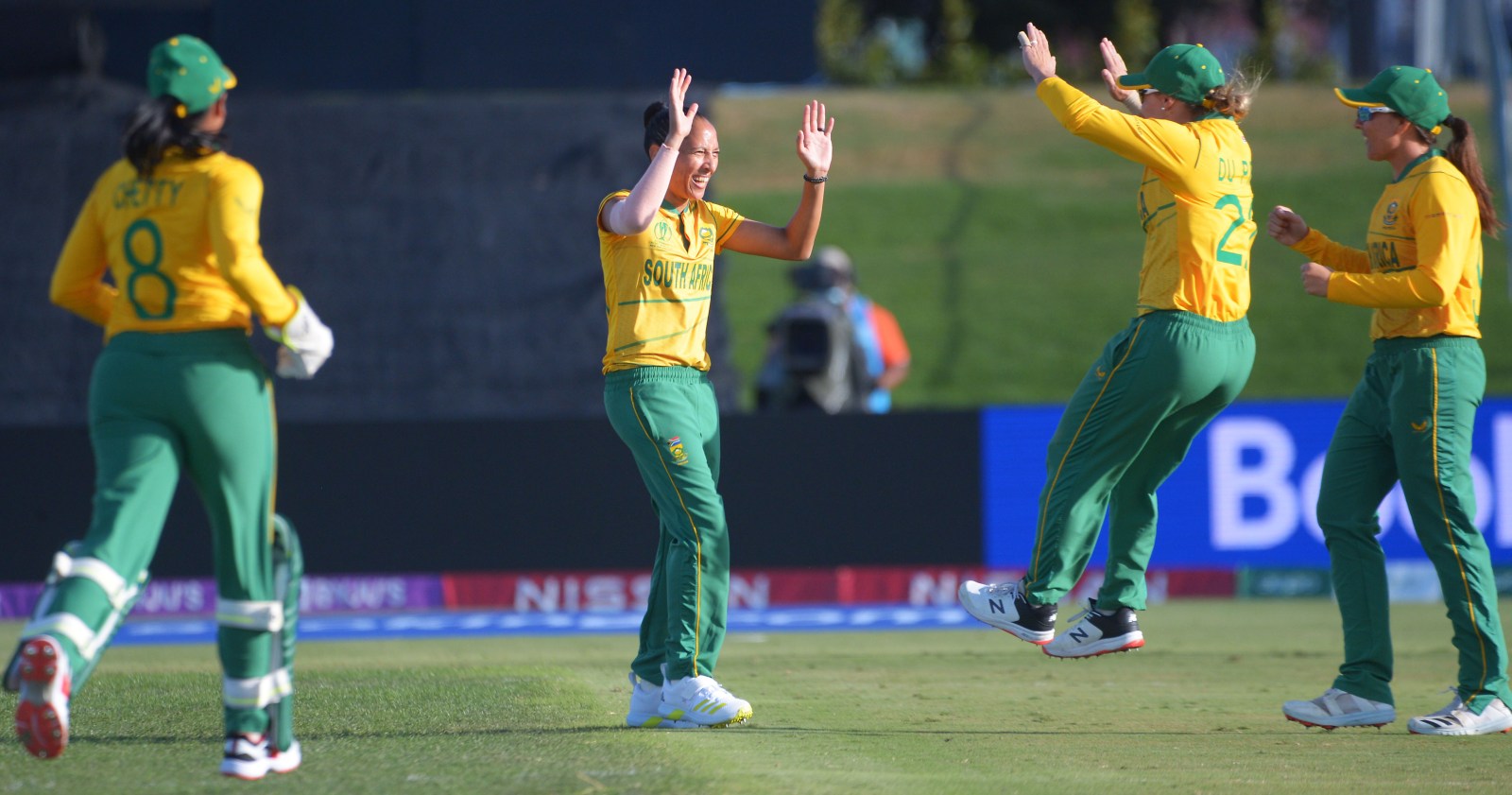 After two games at the ongoing 50-over World Cup, the Proteas women have won two. In their second match they edged Pakistan by a mere six runs, following another underwhelming batting performance.

The Proteas women team survived a plucky Pakistani performance during their second one-day international (ODI) World Cup match in New Zealand on Friday. Despite a spirited effort from the subcontinent nation, South Africa edged them by six runs.

The Proteas bowling attack – led by Shabnim Ismail, who returned figures of three wickets at the expense of 41 runs, Ayabonga Khaka (two for 43) and Marizanne Kapp (who had the same figures as Khaka) – once again proved priceless. They restricted Pakistan to 217 all out in 49.5 overs, marginally short of South Africa’s 223.

Ismail, who took seven wickets in a three-match series between the two sides in January 2021, once again returned to torment the Pakistanis. She broke the budding opening partnership between Nahida Khan and Sidra Ameen, dismissing the latter in the sixth over to leave Pakistan on 26 for one.

The experienced seamer followed that up with the wicket of skipper Bismah Maroof for a golden duck with her very next ball. The two wickets pegged Pakistan back early, forcing them to go into a shell thereafter.

Pakistan went into the final over needing 10 runs for victory, with two wickets in hand. Proteas skipper Suné Luus unleashed Ismail on them once more. The veteran did not disappoint, picking up a third wicket with her second ball of the final over. With that she all but snuffed out the Pakistani challenge, and earned the player of the match accolade.

Earlier, having lost the toss and being asked to bat first, the Proteas set up a total of 223 in their 50-over innings. The Pakistanis would have been proud of their bowling effort to restrict the South Africans to a chase-able total.

Fatima Sana and Ghulam Fatima were the destroyers-in-chief for their side, claiming three wickets apiece. The former kicked things off by picking up the prized wicket of Proteas star opener Lizelle Lee. The highly rated opener, who replaced Laura Goodall in South Africa’s line-up against Bangladesh, went for just two runs.

Lee’s opening partner, Laura Wolvaardt, top scored for the South Africans, contributing 75 runs to the Proteas’ cause. The 22-year-old was dropped by Nida Dar off a tough chance in the gully while on only four runs, then set about making Pakistan pay.

That 75-run return is Wolvaardt’s highest in a World Cup and against Pakistan in ODIs, but it was more crucial for helping pull South Africa out of a hole after they had fallen to 21/2.

Speaking to journalists after the game, Wolvaardt admitted they fell short of what would have been an ideal target to set for their opponents.

“We definitely would’ve liked 20 or 30 more runs with the bat. And we knew coming off the field [after batting] that it could possibly get tight at the end,” she said.

South Africa will next take on England on Monday, 14 March before a mouthwatering match-up against hosts New Zealand on Thursday, 17 March. DM