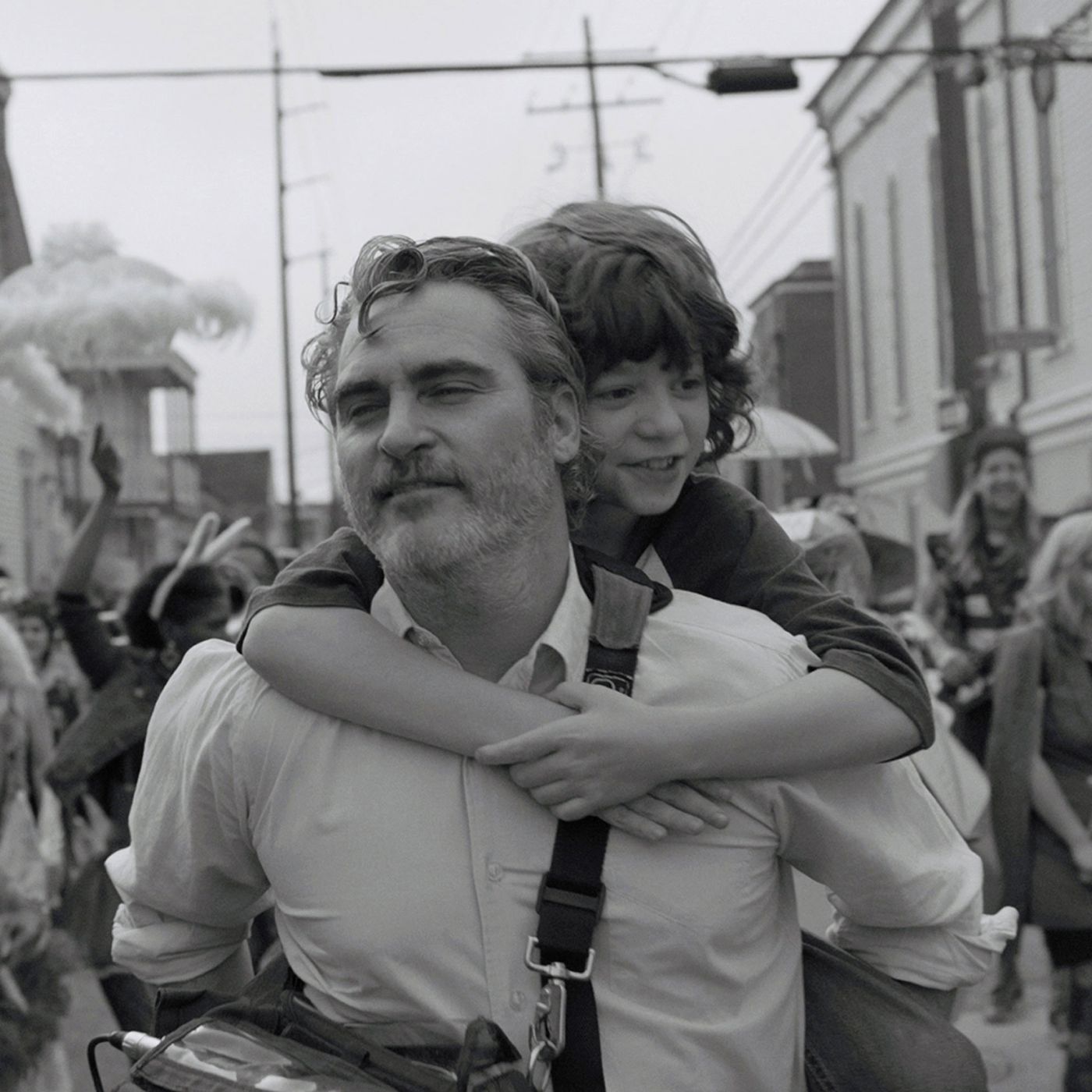 C’mon C’mon is an undeniably charming black and white film based on auteur writer-director Mike Mills’ relationship with his own son. Joaquin Phoenix stars as a radio journalist who tours the country interviewing children while struggling to take care of and understand his nephew.

Director and writer Mike Mills draws much of his inspiration for his contemplative personal films from his own life. His 2010 film Beginners was based on his father’s late sexual awakening and subsequent death; in 2016, 20th Century Women was based on Mill’s own mother, and his newest film, C’mon C’mon, is an expression of his present lived experience of parenting his young son.

Rather than a father-and-son journey, C’mon C’mon is about an uncle and nephew, who don’t know each other all that well, so their relationship is able to evolve rapidly in a short space of time.

Joaquin Phoenix plays Johnny, a radio journalist from New York who tours the US interviewing children and young people about their lives and feelings about the future. When his estranged sister, Viv, calls on him to look after her nine-year-old son, Jesse, Johnny suddenly finds himself filling a parental role he is unprepared for, and having to guide a particularly spoiled and misunderstood child through his family’s instability.

Dropped so suddenly into parenthood, Johnny is highly susceptible to both Jesse’s cuteness and his brattish entitlement. Jesse is as playful and full of awe as any nine-year-old, and quite bright, but he’s also a bit of an outcast, with few friends, and he’s prone to interrupting, provoking and asking personal questions out of the blue.

Most alarmingly, Jesse likes to pretend that he is an orphan being adopted by a stranger whose children have died, a role-play fantasy that his mom, Viv, indulges in order to pacify him. There’s an unspoken irony that she plays along with these disturbing games because the catalyst of Viv and Johnny’s friendship breaking down was a disagreement about how to deal with their mother’s dementia – Johnny would go along with the delusions, trying to make her last days as comfortable as possible, while Viv was unwilling to accept her mother’s loss of reality.

If there is one underlying theme throughout the film, it is the challenge of understanding and accepting the perspectives and behaviour of others whom one finds it difficult to relate to. Whether in the case of Johnny’s confused mother, his precocious self-sabotaging nephew, or the children he interviews, he attempts to make sense of and learn from their differing ways of being.

With a touch of the enigmatic expressiveness of his unsettling and beautiful performance in Joker, Phoenix brings out the conflicting emotions of the frustration and inspiration Johnny finds in his time with Jesse and in his interviews. On four occasions, as if contemplatively diarising his thoughts, he recites short stories and essays about family and about the merit of interviewing.

Mills’ films venerate eccentricity. Not just of people, but of all things. Much like David Fincher and Wes Anderson, Mills is an auteur who sanctifies moments with the sort of detail that one might find in the real world, where the biggest fights can start over a toothbrush and the most treasured memories might be something as mundane as the noises of a loved one washing the dishes. 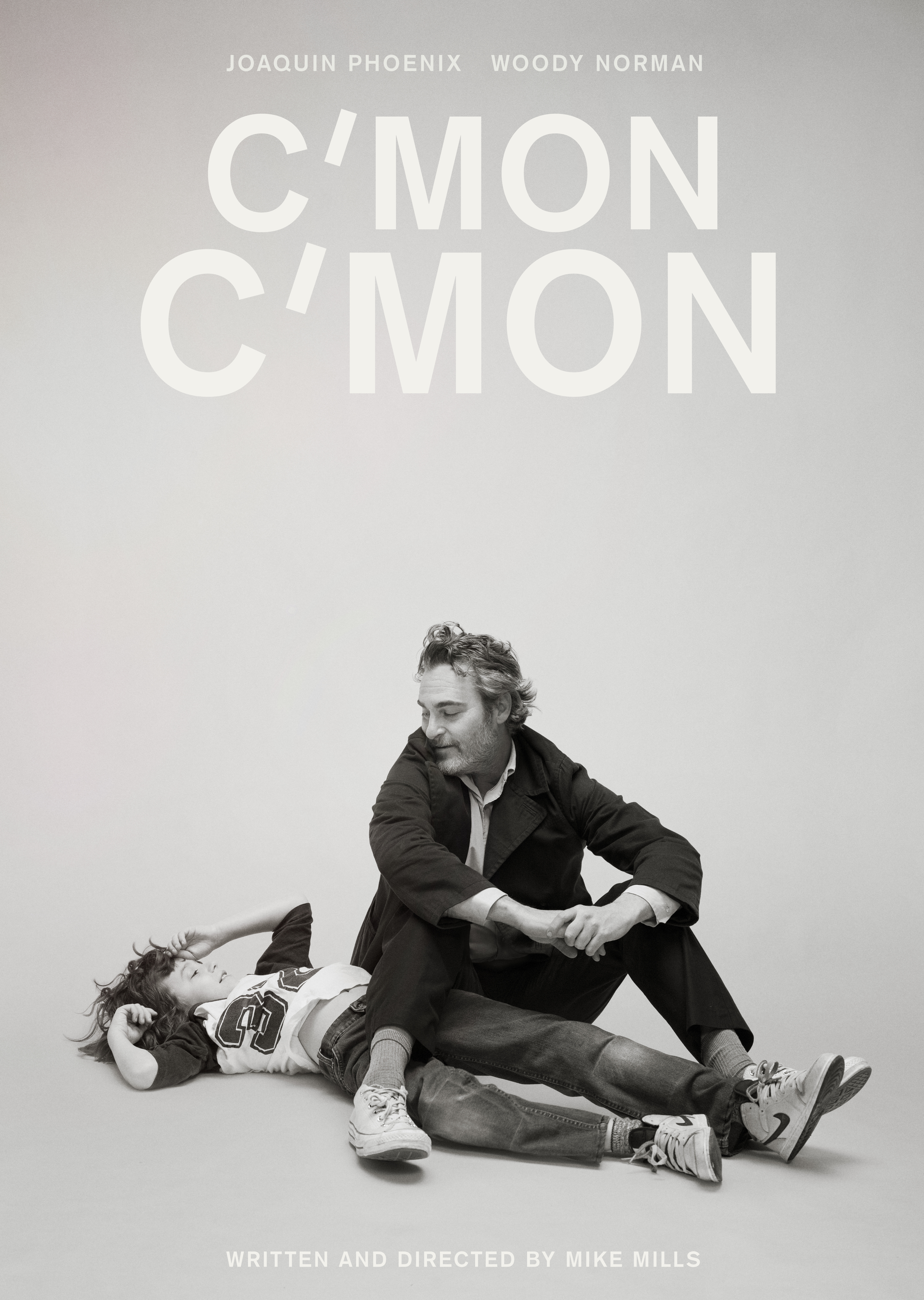 C’mon C’mon leans into this earnest technique even more than his previous features. It’s filmed in black and white, giving scenes a timeless nostalgic quality even when they’re taking place in the present. Mills often overlays the dialogue with patient, enigmatic shots of people that waft over the words as if to insist that each tiny moment has some scrupulous significance; and sometimes we sleepily soar over cityscapes for no discernable reason, creating a sense of passing time that makes the film seem longer than it is.

Occasionally this whimsical atmosphere seems too intentionally cultivated, but that is never the case in the interviews with young people that punctuate the main journey. The interviews are broad, rambling and various, with a similar anecdotal appeal to the famous photoblog Humans of New York.

The interviews feel beguilingly authentic, and though no indication of it is made in the film, the reason is that they are – they’re actual interviews conducted by Phoenix with US teenagers and children.

C’mon C’mon is a nebulous film – its plot wanders tiptoed towards an anticlimax, constantly distracted by the dreamlike editing and fading in and out of genuine documentary-like interviews. It has enough continuity to resemble a journey of transformation, but it is primarily a platform for exploring ideas and evoking emotion, rather than telling a fictional story.

The ideology of the film itself is reflected in something Johnny says to Jesse when he talks about why he likes making recordings: “You make this mundane thing immortal, and that’s… cool.” DM/ML

C’mon C’mon is screening in South African cinemas from March 24 (and on Apple TV, Amazon or Youtube with the use of a VPN).
You can contact This Weekend We’re Watching via [email protected]