Lives and eyes lost: excessive use of rubber bullets by... 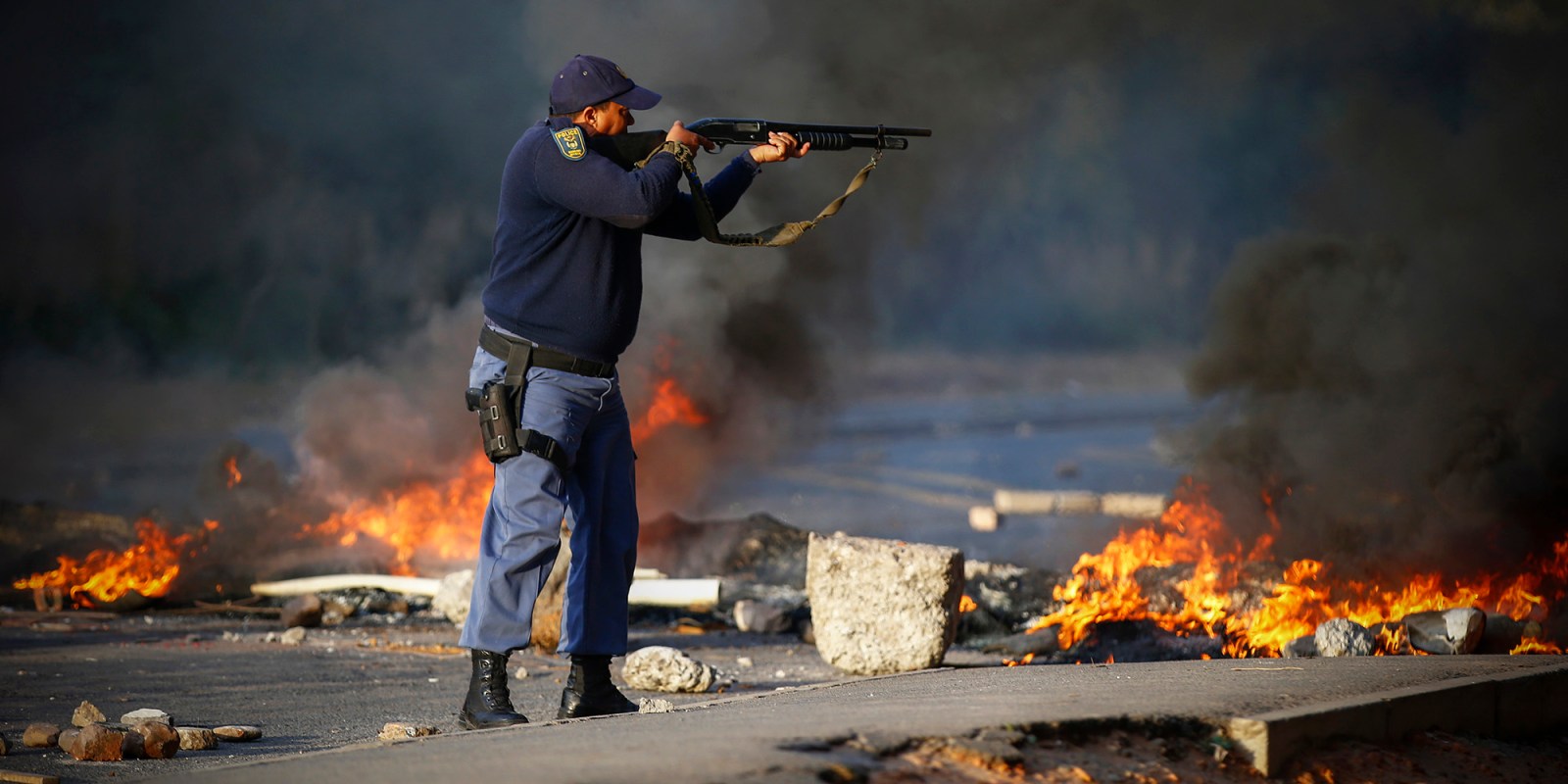 The death of Mthokozisi Ntumba among a catalogue of lethal incidents that point to bigger SAPS failures.

After the killing of Ntumba, SAPS committed to amending its National Instructions governing the use of rubber bullets to minimise unnecessary injuries and deaths. But nothing appears to have been done in this regard.

Ntumba died shortly after being shot while leaving doctor’s rooms in Braamfontein, Johannesburg. He had a bag of medication in his hand. The doctor who attended to him on the pavement outside the clinic said that he “had a wound on his face and another round open wound in the gastric area on his left side”.

He was shot while SAPS public order units were responding to protests by Wits students near the university.

Other people in the area at the time also reported being shot by SAPS members without any justification.

The SAPS members allegedly involved in the shooting are reported to have driven away from the scene of the incident immediately afterwards.

Ntumba, who was 35 years old, was a town planner in the City of Tshwane department of human settlements. He was married with four children.

In a eulogy at a memorial service held by the City shortly after his death, then Human Settlements mayoral council member Mpho Mehlape-Zimu described him as “a man dedicated to change the lives of those around him”.

Deaths and injuries from police use of rubber bullets

Rubber bullets, which are fired by shotgun, are potentially lethal. Available data indicates a consistent pattern of fatalities linked to the use of these weapons over recent years.

When it receives reports of deaths related to police use of rubber bullets, the Independent Police Investigative Directorate (Ipid) records these as “shot with a service firearm” during crowd management incidents under its category of “deaths as a result of police action”.

During the nine years from April 2012 to March 2021, there have been 91 crowd management incidents of this kind. One was the August 2012 Marikana massacre, during which 34 men, most of them striking mineworkers, were shot dead with live ammunition, and not by rubber bullets. However, live ammunition is not generally used by police during policing of protests and it is likely that most of the 91 fatal crowd management incidents between 2012 and 2021 involved the use of rubber bullets.

In addition to deaths, rubber bullets may cause serious injury including permanent loss of eyesight. Incidents in which people have been blinded in one eye by rubber bullets have been reported in South Africa in 2016, 2020, and 2021.

The likely number of fatalities and the indiscriminate manner in which the SAPS uses this ammunition suggests that thousands of people have probably been hit by rubber bullets fired by the SAPS over the years.

Though the potential lethality of these weapons has been recognised for many years, SAPS has never introduced clear standards for their use.

SAPS National Instructions regarding the use of rubber bullets are vague. They state that rubber rounds may be used only “to disperse a crowd in extreme circumstances, if less forceful methods have proven ineffective”.

There are no provisions stating that rubber bullets may not be fired at close range, warning that aiming at the face is prohibited, or cautioning police against using them indiscriminately. This places SAPS at odds with international guidelines.

Article 3 of the UN principles on the Use of Force and Firearms by Law Enforcement Officials emphasises that the use of less-lethal weapons, like rubber bullets “should be carefully controlled”. A 2018 report by the panel of experts on policing and crowd management also called for police to introduce clear standards on the use of rubber bullets.

Clearly defined standards are clearly necessary if SAPS is to exercise its responsibility to ensure that these weapons do not cause many more unnecessary deaths and injuries.

Four SAPS members are currently on trial for murder and other charges relating to the killing of Mthokozisi Ntumba. The prosecution reflects the dedicated investigative attention given to this case by Ipid. If convicted this will be unprecedented in the history of police accountability in South Africa.

No SAPS member has previously been found guilty for killings resulting from the use of rubber bullets during protest incidents. Most famously in 2013, the SAPS members charged with the April 2011 killing of Andries Tatane were all acquitted.

But if any of the four who are currently on trial are found guilty, this should not obscure the need for their employer, SAPS, to also take a major part of the blame for this tragic death.

If SAPS was concerned with exercising its legal duty to prevent unnecessary loss of life or serious injury, its leadership would ensure that there were very clear standards regarding the use of rubber bullets.

It would also take steps to ensure that public order policing units are under the command of well trained and responsible officers, and that there is demonstrable accountability for how these weapons are used. DM