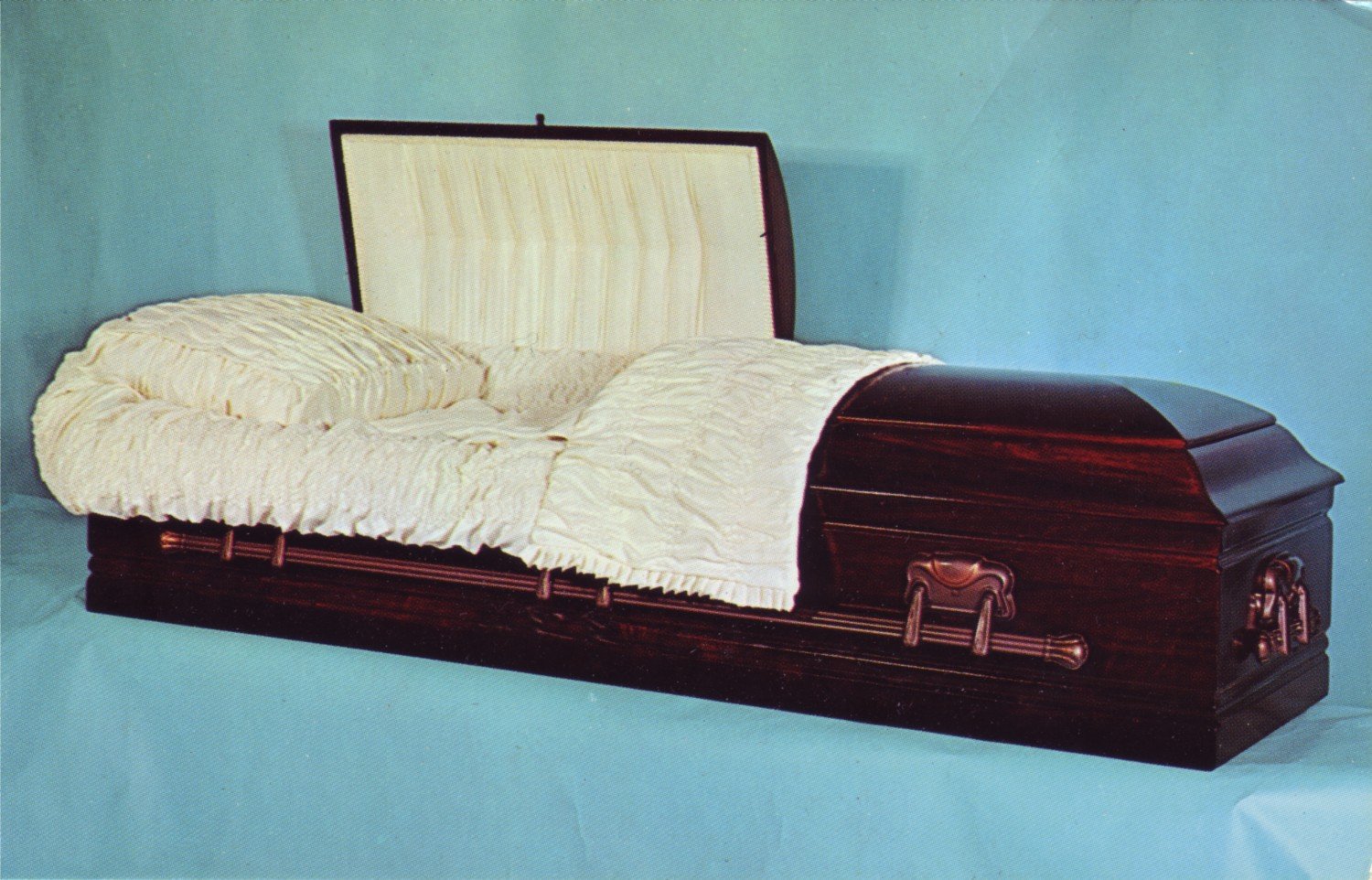 The insurance company owned by the National Union of Metalworkers of SA (Numsa) is battling to cover payouts on funeral policies. (Photo: Flickr user Will)

3Sixty Life: a lesson in how not to run a company, part one.

In September 2020 the cracks in the finances of 3Sixty Life, the life insurer wholly owned by the National Union of Metalworkers of SA (Numsa) through the Numsa Investment Company, started to show. On 30 September, the date of publication of its third-quarter results, 3Sixty Life failed to meet its solvency capital requirements, triggering alarm bells at the Prudential Authority, a financial regulator.

A financial services firm whose position dips below this line is at risk of defaulting on its obligations.

This prompted the Prudential Authority, whose purpose is to maintain stability in the financial sector, to write to the CEO of 3Sixty Life on 16 December 2020, expressing its concern and asking for monthly reports. The Prudential Authority also asked for a plan on how the company intended to restore solvency.

But 3Sixty Life’s position worsened. On 31 December 2020, 3Sixty Life breached its minimum capital requirements. This, an absolute floor — a firm that falls below this level is in imminent threat of collapse.

If an insurer like 3Sixty Life cannot remain solvent, its policyholders — which would include Numsa members who had taken out policies underwritten by the insurer — have no guarantee that their claims will be honoured. People who had been diligently handing over money for premiums, in the belief that when they needed money for a funeral they would be paid, would be disappointed.

Evidence from documents submitted to the courts in recent months shows a company unable to meet its obligations to policyholders. According to the notice of breach submitted by 3Sixty Life on 31 December, R66-million more was paid in claims in 2020 than in 2019 because of Covid. As a result, according to this notice, 3Sixty Life needed R23-million to meet its minimum capital requirements, and R63-million to meet its solvency capital requirements.

Throughout 2021, 3Sixty Life presented the Prudential Authority with a series of plans for bringing the company back to liquidity.

On 1 February, for example, 3Sixty Life increased premiums, some by more than 28%. But policyholders were not properly informed of the requisite 31 days in advance. And policyholders were told that if they didn’t pay the higher premiums, their benefits would be reduced. This was in contravention of Policyholder Protection Rules.

The Financial Services Conduct Authority (FSCA), which looks out for consumers in the financial sector, does not approve of these sorts of actions.

On 23 March, recently appointed CEO of 3Sixty Life Leo Makgamathe wrote to the FSCA, to retroactively ask for an exemption from Policyholder Protection Rules. In this letter, Makgamathe pleads for clemency from both regulators. He says that 3Sixty Life’s decision to “reduce benefit levels for those policyholders rejecting the premium increase, despite not having an adequate notice provided to them, is in the best interest of other policyholders that also need to be protected”.

The increase in premiums was not met with approval by 3Sixty Life policyholders. According to Makgamathe’s letter, over 40% of their 156,000 policyholders were not paying the increased premiums. In February, 631 out of 2,021 claimants “did not pay the appropriate premium”.

On 19 May, the FSCA sent 3Sixty Life a letter expressing its “serious concern” about the premium increase, its insolvency, and other “market conduct risks and failures”.

On 16 August, the FSCA informed 3Sixty Life that it intended to decline the exemption application. By then Makgamathe was no longer CEO. The FSCA told Khandani Msibi, now acting CEO of 3Sixty Life, that it would direct 3Sixty Life to pay full benefits to any policyholders that had been paid reduced benefits, refund any policyholders who had been paying increased premiums or whose policies had lapsed, and restore premiums to original levels until the regulator was confident that the company had complied with regulatory requirements. On 2 September 2021, the FSCA wrote to the Prudential Authority to inform it of this decision.

Institutional policyholders were getting worried. On 26 March, Reginald Sema, chairperson of the Chemical Industries National Provident Fund (CINPF), wrote to the Prudential Authority to inquire about the solvency position of 3Sixty Life. CINPF had just entered into an agreement with 3Sixty Life in March, but was worried about the noises coming from the company following the premium increases, and about the late arrival of its audited financial statement.

Meanwhile, 3Sixty Life’s auditors were worried too. 3Sixty Life’s financial statements were running late. On 21 March, Pravesh Hiralall, a director at SizweNtsalubaGobodo Grant Thornton (SNG Grant Thornton) wrote to the Independent Regulatory Board for Auditors to notify them that he had found reportable irregularities while auditing the company’s financial statements. And on 27 March, Hiralall notified the board of 3Sixty Life of his findings.

Hiralall found that the company had failed to maintain a financially sound position, that it was engaged in reckless trading as it was operating in an insolvent position, that it had reduced its share capital without notifying the Prudential Authority, and that it was charging joining fees to members, in contravention of statutory policyholder protection rules.

On 6 April, Hiralall wrote another letter to the auditors’ regulatory board. He had noticed that 3Sixty Life had drawn R70-million from the so-called With-Profit fund to pay out claims. The With-Profit fund is built up from policyholders who pay extra to ensure a larger payout when the time comes to claim. On 21 January 2021, facing a liquidity crisis, 3SixtyLife had withdrawn the money in order to pay pending claims. The board of the company apparently approved the withdrawal, which was cast as a “loan” to be repaid during the year.

On 28 July, Hiralall again wrote to the auditors’ board to provide a further update. Hiralall had found that 3Sixty Life had incurred R14-million-worth of irregular expenses — transactions that have no commercial rationale — the last of which happened on 27 January 2021.

Hiralall reports that as a result of his findings, the board of 3Sixty Life suspended Makgamathe in April. Makgamathe then resigned before he could face a disciplinary hearing on 3 May. Nevertheless, the board of 3Sixty Life proceeded with the disciplinary hearing without Makgamathe on 27 May, and served him with a notice of dismissal on 31 May in which they found him guilty of all charges, including fraud, theft, dishonesty, and breach of company policy. With Makgamathe’s removal, this reportable irregularity was resolved, as long as charges were laid.

Charges were laid against Makgamathe, but were dropped by prosecutors.

Khandani Msibi was appointed acting CEO by the 3Sixty Life board (of which he was chairperson). For a moment it might have seemed that the union-owned life insurer might now have the necessary clout to sort out its financial affairs.

According to the Prudential Authority’s Framework for the Financial Soundness of Insurers, the minimum capital requirements of an insurer is the “absolute minimum level of eligible own funds that the Prudential Authority considers necessary to protect policyholders.” A firm that goes below this level can be prevented from doing business or put into curatorship.

Expressed as a ratio of assets to liabilities, both minimum and solvency minimum requirements must be more than 1. DM