Doctors are having to bring food for patients at Bara H... 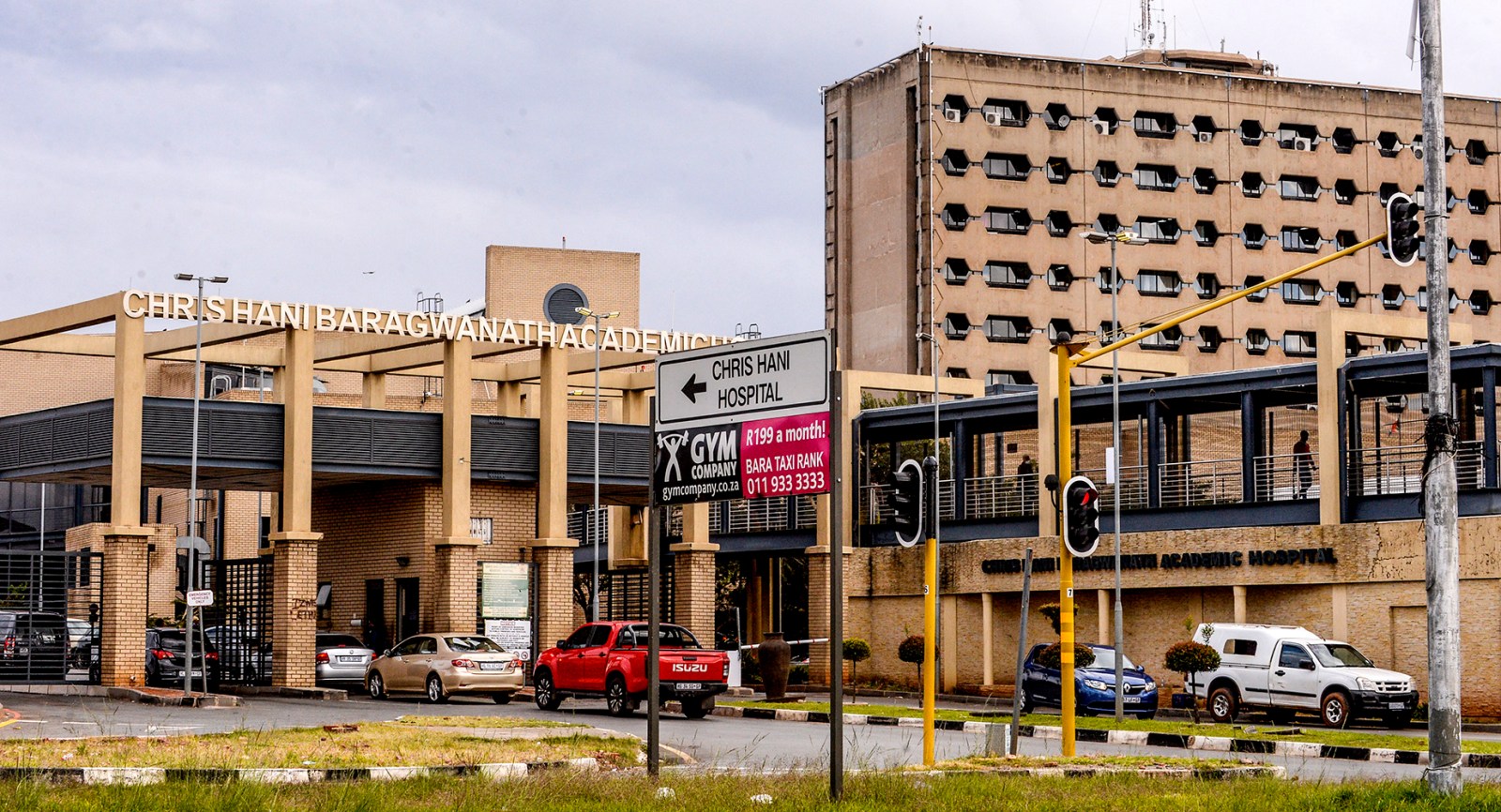 A general view of Chris Hani Baragwanath Hospital on April 28, 2020 in Soweto, South Africa. The hospital is located in the Soweto area south of Johannesburg. It is one of the 40 Gauteng provincial hospitals, and is financed and managed by the Gauteng Provincial Department of Health. (Photo: Gallo Images/Sydney Seshibedi)

Supplies run out and biological waste piles up as public health facility fails to pay suppliers and medical interns.

Doctors are bringing lunch for patients at Chris Hani Baragwanath Academic Hospital in Soweto, Johannesburg, as a failure to pay food suppliers and waste disposal contractors has brought the huge hospital to “crisis point”.

Professor Martin Smith, clinical head of surgery at Chris Hani Baragwanath, said because of the failure to pay contractors, biological waste at the hospital was not being disposed of properly.

He said “patients’ tissues, septic dressing and used needles and syringes” were currently stored in containers in a storeroom at the hospital because waste management contractors had withdrawn their services. Smith said by next week, the hospital will run out of space to store the biological waste.

Failure to pay suppliers is also affecting deliveries of bread and milk to the hospital, leaving some patients without food, he said.

Smith said clinicians were bringing extra lunch for patients who are not receiving food. But, he said the hospital has reached a “crisis point”.

A staff member from the hospital who asked to remain anonymous said they had been bringing extra lunch for patients for two weeks now. The staff member said it was “distressing” that patients, who need to eat before taking some of their medication, were going hungry.

Staff are to picket outside the hospital on Thursday morning. In a statement released on Wednesday evening, the Chris Hani Baragwanath Medical Advisory Committee (MAC) said the picket would also be against the Gauteng Department of Health’s ending the posts of 819 “critically needed” Covid appointees with effect from 31 March.

The MAC said this would put a strain on an already under-staffed hospital. They said the increase in patients at the hospital due to Covid had been compounded by the addition of patients from Charlotte Maxeke Johannesburg Academic Hospital, following a fire that broke out there last year.

Johannesburg residents have started making sandwiches for some patients at the hospital after hearing that they were not getting food.

Shariff Khan, a butchery owner, said on Monday night he received a message from someone who works at the hospital, asking for donations of bread and spreads to give to the patients.

“We were told that some doctors were packing extra lunches to give to their patients that were not getting food, but that was not enough to go around,” he said.

Through their “Random Act of Kindness” initiative, Khan and his team delivered 400 cheese and polony sandwiches to the hospital on Wednesday afternoon. He said the sandwiches went to patients in the psychiatry and oncology wards, among others.

Khan, who started making sandwiches for homeless people in his area during lockdown in 2020, said it was worrying that people were not getting food. “The government needs to get its act together. How can people in a healthcare facility go hungry?”

Chris Hani Baragwanath, which is the largest public hospital in South Africa, also made headlines last week because some medical interns had not been paid their full salaries.

In a statement released on Monday, the Gauteng Department of Health (GDoH) said 53 of the 56 medical interns’ salaries had now been paid.

The department attributed the delay in paying salaries to an over-allocation of medical interns to the province by the national health department.

“This has meant that GDoH has had to first confirm additional full funding for any excess interns allocated to the province beyond the available baseline of GDoH funded posts. This, unfortunately, results in delays in payments to some of the interns,” the department said in the statement.

Questions sent by GroundUp to the Gauteng Department of Health about the failure to pay hospital suppliers had not been answered by the time of publication. DM