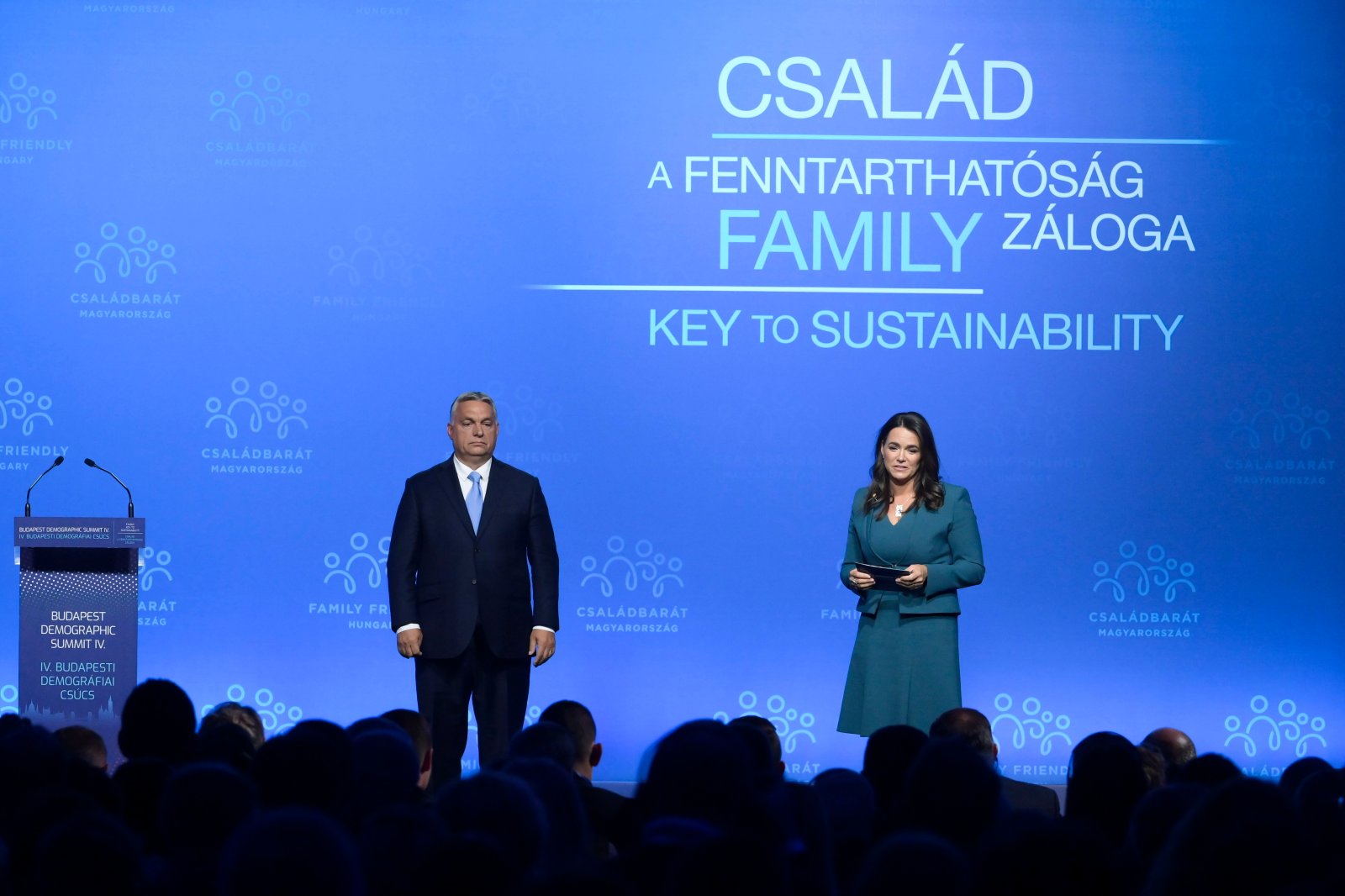 epa09483173 Hungarian Prime Minister Viktor Orban (L) and Hungarian minister without portfolio in charge of family affairs Katalin Novak attend the fourth Budapest Demographic Summit in Budapest, Hungary, 23 September 2021. The Budapest Demographic Summit, which was first organized in 2015, is a forum where politicians, church leaders, experts, representatives of the media, corporate sector and science, meet every two years. This year's summit, which runs on 23 and 24 September, is focusing on demography and sustainability. EPA-EFE/SZILARD KOSZTICSAK HUNGARY OUT

The 44-year-old Novak has served as deputy chair of Orban’s Fidesz and was family affairs minister in charge of his economic support agenda for the middle class, including subsidies for housing, state-backed home loans and tax cuts.

Analysts say Orban, who faces a close election in less than four weeks, had appealed to female voters in picking the mother of three to the largely ceremonial role of president for a five-year term.

In a speech before the vote, Novak, a multilingual economist, said she would defend the constitution, drafted and approved by Fidesz, which has cemented key planks of Orban’s conservative agenda.

In remarks published by state news agency MTI, Novak said one of her first trips would be to the Polish capital Warsaw, home to one of Orban’s key European allies, the nationalist Law and Justice party (PiS).

In power since 2010, Orban has eliminated nearly all domestic checks on his power and has filled key posts with loyalists, which critics say could make it harder for the opposition to push through its agenda in case of an election victory.

In an interview with news website index.hu in December, Novak rejected allegations that she would be an instrument to extend Orban’s power.

“Those saying that I would be just a puppet in this position degrade not me personally, but women in general. They cannot assume that a woman can be a sovereign public officer capable of making autonomous decisions,” Novak was quoted as saying.

Orban has adopted an increasingly conservative political agenda in the past years to shore up his domestic support, including a crackdown on independent media and measures to curb the rights of LGBTQ+ people, which have led to clashes with the EU.