Ukraine to pull troops and equipment from U.N. missions

Ukraine to pull troops and equipment from U.N. missions 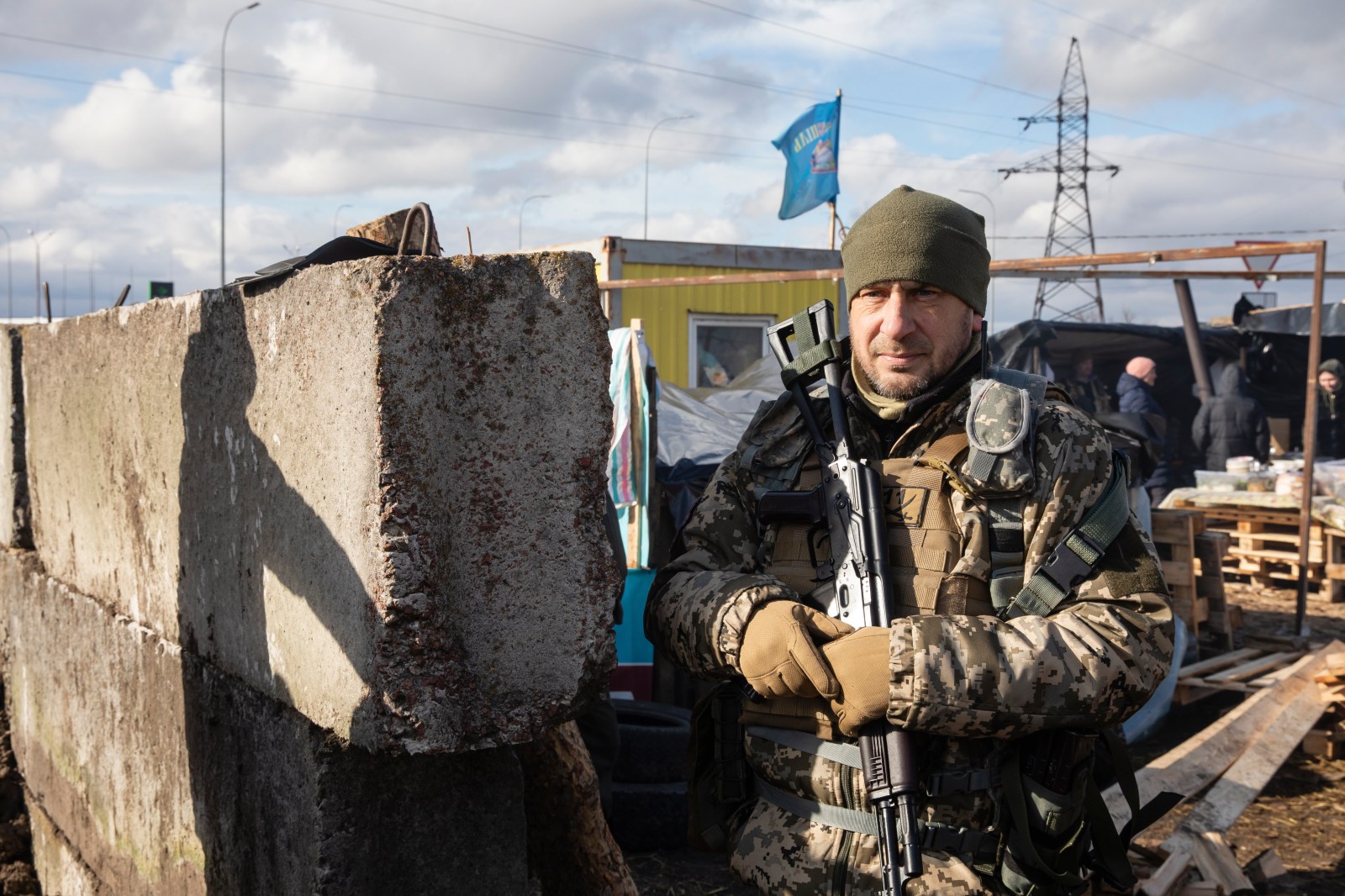 epa09810876 A territorial defense fighter stays at one of the road blocks near the city of Boryspil close to Kyiv (Kiev), Ukraine, 08 March 2022. Russian troops entered Ukraine on 24 February prompting the country's president to declare martial law and triggering a series of announcements by Western countries to impose severe economic sanctions on Russia. EPA-EFE/MIKHAIL PALINCHAK

GOMA, Democratic Republic of Congo, March 9 (Reuters) - Ukraine will repatriate troops and equipment, including helicopters, involved in U.N. peacekeeping missions in Africa and Europe to bolster defences at home in the face of Russia's invasion, a U.N. official said.

Ukrainian President Volodymyr Zelenskiy signed a decree on Tuesday recalling all peacekeeping forces in order to assist in the war effort at home, Ukrainian media reported.

Its biggest contribution by far, to the mission in Democratic Republic of Congo known as MONUSCO, comprises eight Ukrainian helicopters and a 250-member aviation unit, a MONUSCO spokesman said.

“We have received notification from Ukraine regarding the repatriation of their equipment and contributions to peacekeeping,” the spokesman told Reuters, adding that the pullout included all U.N. missions with Ukrainian involvement.

“At the moment we are evaluating what impact this retreat could have on our mission and how we can minimise it.”

Thousands of Ukrainian civilians and foreign volunteers have signed up to fight, and Western countries have contributed equipment, but Ukraine’s military capabilities remain dwarfed by those of its giant neighbour.

MONUSCO has about 12,000 troops deployed, most in Congo’s mineral-rich east, where dozens of militia groups are fighting for control of land and resources.

The Ukrainian helicopters are based in the eastern towns of Goma, Bunia, Bukavu and Beni, MONUSCO said.

Russia describes its offensive in Ukraine as a “special operation” designed to “demilitarise” and “denazify” Ukraine.