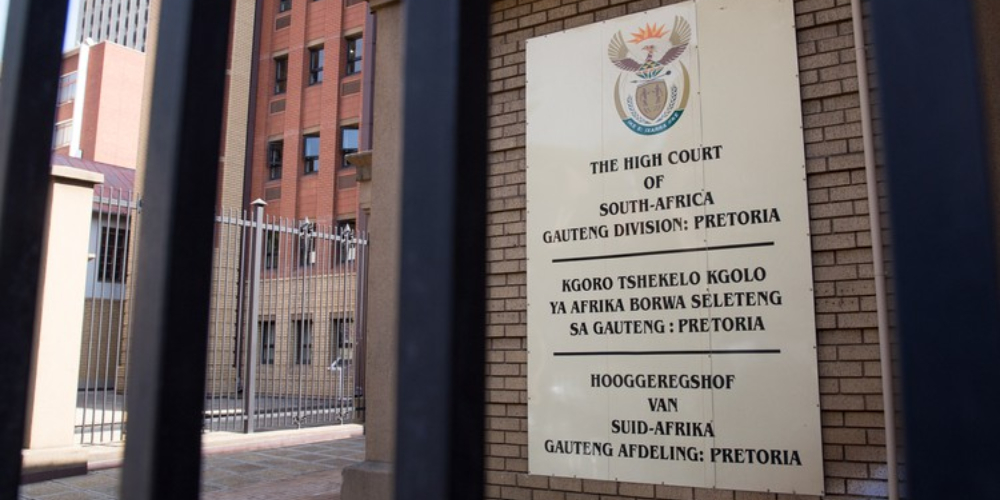 The Pretoria High Court has declared a man who brought eight court applications against his partner a vexatious litigant. (Archive photo: Ashraf Hendricks)

A father who initiated numerous divorce-related disputes has been declared a vexatious litigant and barred from instituting any further applications against his former wife without the approval of a judge.

Pretoria high court Judge Mashudu Munzhelele also ordered that if the man wished to litigate further on any matter, he must first pay the cost orders granted against him in four matters which, thus far, he had failed to pay.

And he was ordered to put up R120,000 in security for a pending matter involving the custody of the couple’s children.

Judge Munzhelele said the father had been “abusing court process” and ordered him to pay punitive costs in the application brought by his former wife to declare him a vexatious litigant.

The couple married in 2001 and had two children. They divorced in 2014 but then got married again the following year. But soon afterwards the wife obtained a protection order.

Over the next six months, the husband brought four high court applications attempting to overturn the order, all of which were either dismissed or struck from the roll with orders that he pay the costs.

He alleged that she had appropriated a trust property and he sued her, on behalf of the trust, to recover it.

He also initiated divorce proceedings which she opposed.

In April 2016, the woman was served two mysterious court orders: an interim order setting aside the protection order and a divorce order, incorporating a variation of parental rights that had been ostensibly granted in March that year.

The woman was unaware the divorce had even been set down for hearing.

She launched an urgent application and Judge Sulet Potterill rescinded the mysterious divorce order and reinstated the protection order.

The couple did eventually finalise their divorce in September 2019, with a settlement agreement stipulating arrangements for shared residence of the children.

By December, the man was back at court asking for an order terminating his ex-wife’s parental rights and responsibilities, alleging she “did not care” because one of the children had attended school after a fellow learner had contracted Covid-19.

This is when the former wife launched vexatious litigation proceedings.

She said she was being dragged to court unnecessarily, knowing that he would not pay the costs of the applications when he lost. He wanted to drain her financially, she said.

The man said this was an attempt to curtail his right to access courts.

He accused her of misappropriating funds and purchasing properties behind his back.

Judge Munzhelele said in order to declare him a vexatious litigant, the legislation required proof, on a balance of probabilities, that he had persistently instituted legal proceedings without reasonable grounds.

She said while the man had been justified in initially opposing the protection order, what followed was an “abuse of the legal system for his own ends without any merits”.

“He hoped eventually that he would find a single judge who would understand him.”

She said it was unknown who granted the mysterious interim order against the protection order rescinded by Judge Potterill, who had referred the matter for investigation because it had been “improperly obtained”.

“He resorted to improper means to achieve what he wanted,” said the judge.

She also said, “The flagrant disregard to pay costs is in my view a significant element of vexatiousness.”

Judge Munzhelele said she could not bar him from continuing with pending applications, such as the one to terminate the woman’s parental rights. However, she believed that the matter was frivolous and without merit. She directed that he pay R120,000 in security for those costs if he wished to proceed with it.

She said that while the right to access to courts was protected by the Constitution, that right could be limited and “the applicant should be protected from this abusive litigation aimed at punishing her and depleting her finances”. DM