Shoprite bounces back from devastation of July looting...

Shoprite bounces back from devastation of July looting 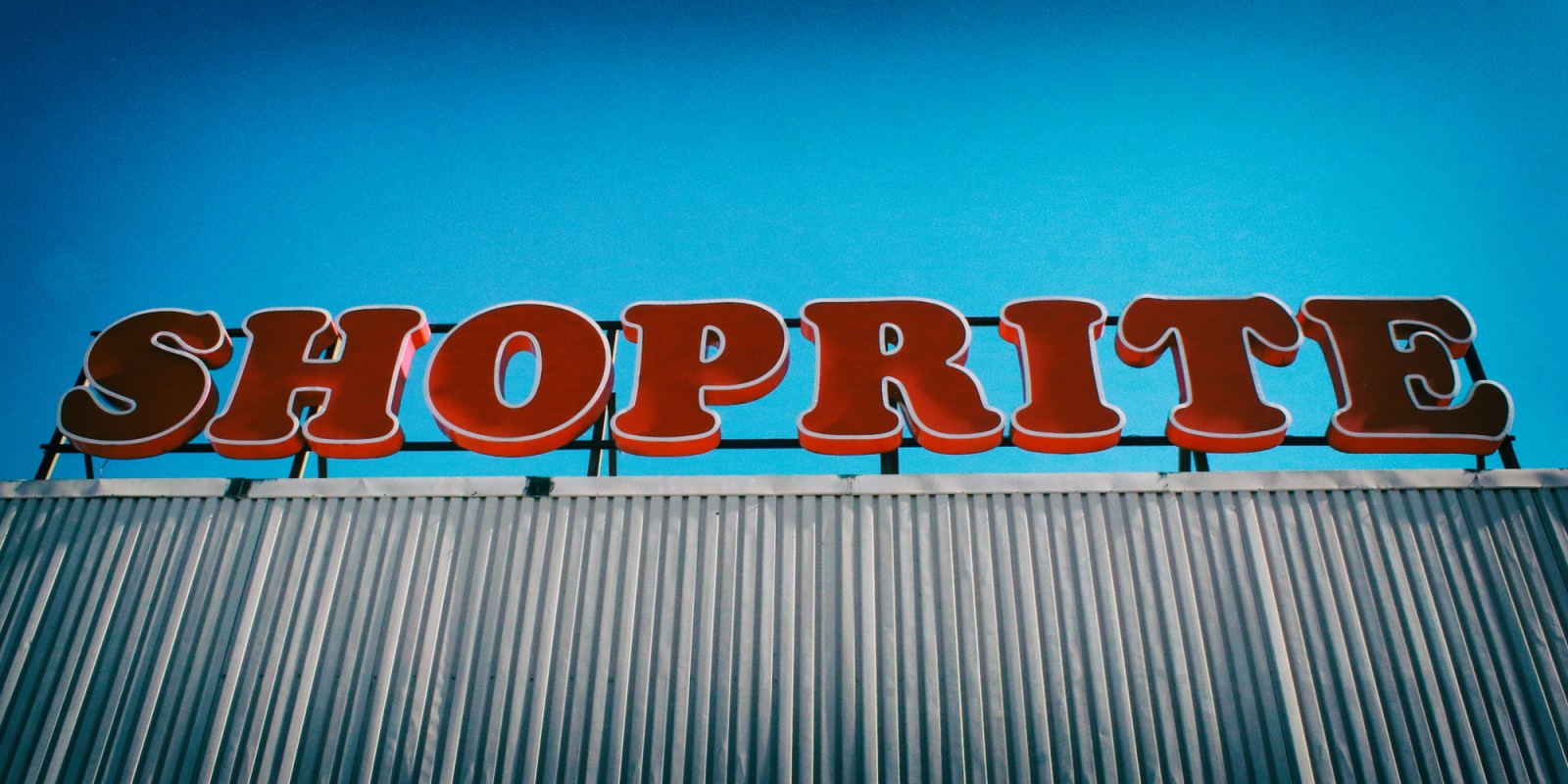 Lockdowns and looting have slowed Shoprite only marginally. Now if only the economy could grow and generate the jobs that give people dignity, says CEO Pieter Engelbrecht.

Looking at the results of Massmart and Shoprite, one full year and one interim, one would be forgiven for thinking that they operate in different industries, countries or eras. But no, they both sell food, liquor, general merchandise, and other goods — in different proportions of course — to people in South Africa and southern Africa.

They were the two companies most badly affected by the looting and violence that scarred South Africa in 2021, with 75 Shoprite stores affected, 231 across the group, including two Hyper stores. Massmart lost 43 stores and two distribution centres. And they were both severely affected by the booze ban, with Massmart losing 110 days and Shoprite losing 48 days in their trading periods.

Shoprite CEO Pieter Engelbrecht grows a little emotional at the memory. “For three weeks I was on the ground. I thought I was the general of an army, not a retailer. The devastation was too terrible. But our people came together — the extraordinary growth in sales and profits reported by the group for the first half of our 2022 year is testament to the capable people of Shoprite — in some instances, we reopened a store in six days.”

In comparison, Massmart announced a R2.2-billion loss for the financial year to 26 December 2021, on sales of R84.9-billion, 1.9% less than the previous year, with the gross profit margin falling to 18.5%.

Of course, it’s not a strictly fair comparison. Aside from the different reporting timelines, Shoprite is in a sweet spot, selling essential foodstuffs to consumers across all incomes, via its Checkers, Shoprite, Usave, Hyper, LiquorShop and furniture outlets, with those at the lower level supported by the Social Relief of Distress Grants.

But Engelbrecht believes he has earned those customers — it’s not automatic. “Recipients of grants can decide where to shop. It’s not given that people will select us. It’s what we do that makes them come to us.”

Whatever it is, the group is doing something right: its market share has grown for a straight 36 months in a row. At some point this will flatten out, he recognises. And that is why the company is investing R4.8-billion this financial year into areas that will drive growth: store refurbishments — to make the shopping experience pleasant, a new point-of-sale system that links an in-store customer seamlessly with that same customer online, new greenfield store concepts — pets and babies, and, of course, digital innovation. This is what makes the difference, says Engelbrecht.

“One third of our Sixty60 customers are new customers, and now we can see them shopping in-store too.”

Shoprite hasn’t always been as well positioned in the market, reminds Cassie Treurnicht, a portfolio manager at Gryphon Asset Management.

Seven years ago the group was saddled with about R15-billion of dollar-denominated debt, an extensive network of loss-making stores across Africa, and low growth in its home market.

“Desperate measures, such as the partial sale of its Cilmore Distribution Centre, enabled management to refocus on what they should have been doing,” says Treurnicht.

Over time the group consolidated its focus, exited its trickier African markets, and is now invested in a few core African markets in which it has faith. This core group grew sales by 8.4% and trading profit by 5.9%, to earn R179-million in the period. Within a year or two they should be earning between R350-million and R500-million in the same half-year period, Engelbrecht says.

Debt has been reduced from R1.2-billion at the half-year 2021 to R900-million currently — but this came with penalties for early payment. Debt is now well within the group’s covenants and easily manageable given the group’s ability to generate free cash flow. It generates about R6-billion a month and ended the period with cash reserves of R5.4-billion.

“As you can see from the graph below, there have been times when they underperformed, which are easy to forget when times are good, but I do think they are now well positioned for the future,” says Treurnicht. 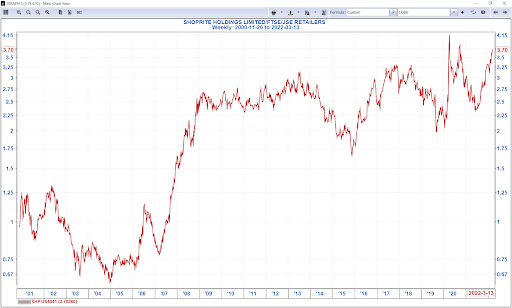 “They are focused on keeping prices low and do so with what I think is the best logistical arm of all the retailers — just look at how quickly they got back up and running after the looting spree.

“This is their time to shine — let’s hope they do not get too big for their shoes. It happens all the time…” DM/BM