South African sides must build on promising start to CA... 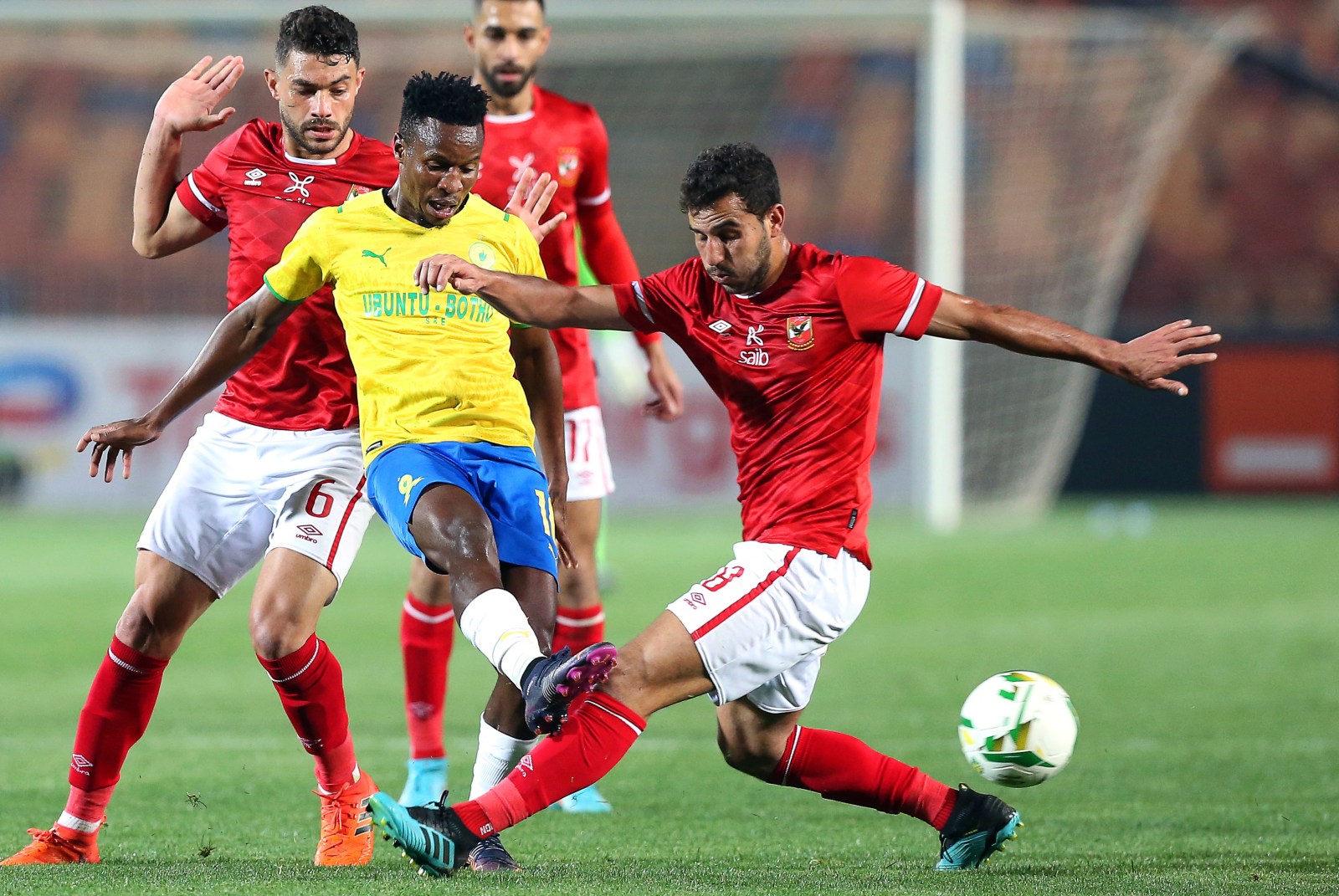 At the halfway stage of the CAF Champions League group phase, South Africa’s representatives are going along swimmingly.

Mamelodi Sundowns and AmaZulu have started their respective CAF Champions League campaigns on a strong footing. This is despite their contrasting histories in the competition.

After three games, Sundowns, which have qualified for every Champions League edition since the 2014/2015 season, are undefeated. Two wins and a draw have left them at the summit of Group A.

Their stingy defence is also yet to concede a single goal in a group that contains holders Al Ahly, as well as Sudanese duo Al-Merrikh and Al Hilal.

Benni McCarthy’s AmaZulu have also hit the ground running in what is their debut appearance in the continental competition. Following a 1-0 defeat in their opening group game versus Moroccan giants Raja Casablanca, McCarthy’s men have turned their fortunes around significantly.

In the subsequent two games following that loss the KZN-based outfit have picked up two consecutive wins and sit in second place at the halfway mark of pool play, trailing group leaders Raja by three points.

Despite being one of the most successful South African sides on the domestic scene, Sundowns have only been able to win the Champions League on a single occasion. In 2016 they defeated Egyptian powerhouse Zamalek to reign supreme in Africa.

The Tshwane giants sent a clear message of their intent this season during their most recent Champions League outing, beating reigning African champions Al Ahly for the first time on Egyptian soil.

It was also the first time that Masandawana had netted away from home against the most successful African club of all time.

“It’s an important part of history because we hadn’t won in Cairo in the last five outings, so it was the sixth time lucky… You can then be in a position to celebrate the little bit of the landmark and the achievement and then try to focus on what’s next,” said Sundowns co-coach Rulani Mokwena.

Even at such an early stage of the competition, the symbolic victory will not only grant Masandawana the belief that they can win their group, but also the affirmation that they can once again reach the final of the prestigious competition – and possibly even win the whole thing.

Despite their free-flowing style of play and defensive soundness, Masandawana have struggled for goals in the continental showpiece to date. From their three games, the former African champions have only scored twice. Mokwena said this shows that, in spite of their dominance, the team still have room for improvement if they are indeed to win the Champions League in 2022.

“In South Africa, when we kept saying that we are still a team that is working very hard to get better, people were thinking that we were being modest and humble. But that was just the reality. When people see the performances now and they see where we are, people try to make a lot of noise about it,” Mokwena said.

Of course, if the team only score another two goals from their remaining three games, but move a step closer to reclaiming the African crown by winning their group, there will be few qualms from the technical team and the club’s faithful.

Since their success in Cairo, Masandawana are playing catch-up on the domestic front.

In continental competition, they will next host Al Ahly on 11 March, with the hope of completing a rare double over the Red Devils, who are led by South African coaching great Pitso Mosimane.

Seven days later they will clash with Al Hilal, before finishing off their group campaign against Al-Merrikh at the beginning of April.

Unsurprisingly, Raja lead the pack, with three wins from three games. AmaZulu, however, are not far behind and have beaten two of their more fancied group rivals 1-0 apiece to sit in second place, with three points more than third-placed Sétif.

When the going gets tough

Although the competition has a reputation of being extremely difficult to navigate, AmaZulu coach McCarthy feels it is not so difficult if the players apply themselves.

“It is tough when you go away from home. But if we take the chances that we get, it’s fairly easy [to win matches]. It’s not too difficult to play in Africa.

“But when you are away, the travelling and conditions make it very difficult to play your usual game,” said McCarthy, who won the Uefa Champions League with Portugal’s Porto in 2004.

Of course, there’s still some work to do before Usuthu can start dreaming of a place in the knockout stage as Champions League rookies. The KwaZulu-Natal club is left with a reverse fixture against Sétif in Algeria on 11 March and a clash with Horoya – also away from home – to close off their campaign. A tough tie against Raja is sandwiched between the two.

If AmaZulu are to emulate fellow South African side Kaizer Chiefs and make it past the group phase and further at the first time of asking, they will likely require a minimum of four points from their three remaining group games.

The team’s coach is convinced that his team’s underdog status can serve them well by ensuring they fly below the radar – all the way to the final.

“I have high expectations and I think that we are good enough. My desire is to emulate what Kaizer Chiefs did [in 2021]. No one expected Chiefs to go all the way to the final and I think that would be amazing,” McCarthy said.

“It is a nice target for us to try to achieve. We are a South African team that nobody really expects to do anything. Chiefs went to the final the first time they were in the group stages. That was special and inspiring.” DM168