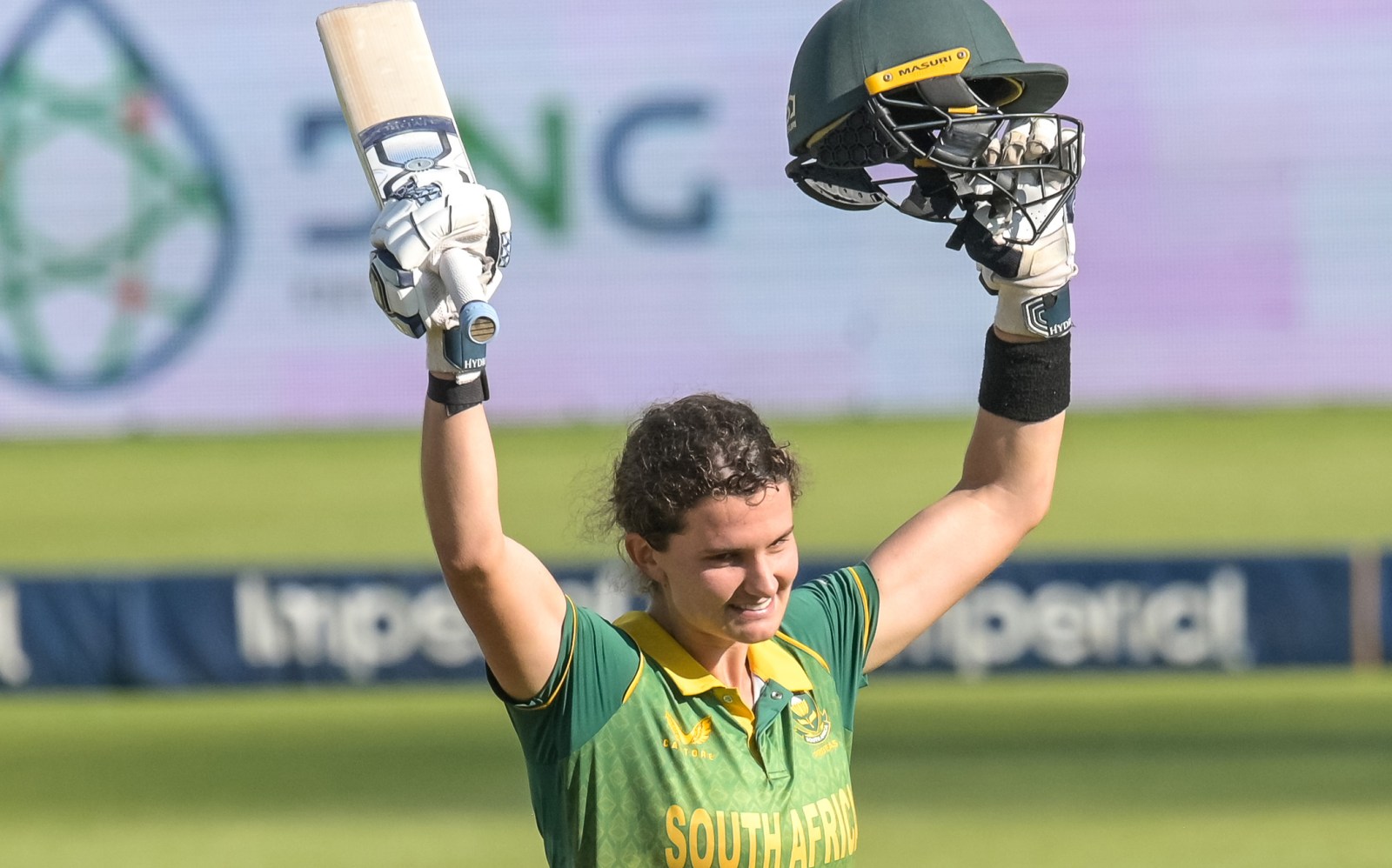 Opening partnerships are the foundation of any cricket innings, be it Tests, One-Day Internationals or T20 cricket. And SA’s Laura Wolvaardt and Lizelle Lee are the perfect opening pair.

As they intensify their onslaught for a maiden World Cup triumph by a senior South African national cricket team, the Proteas women will not be bereft of quality contributors.

The likes of Shabnim Ismail, Ayabonga Khaka and Nonkululeko Mlaba will be invaluable with ball in hand, as will Mignon du Preez with bat in hand. Players such as Marizanne Kapp and Chloe Tryon will be deadly with both bat and ball. Captain Suné Luus, standing in for injured skipper Dane van Niekerk, will be vital with bat and ball, and for her leadership as the Proteas chase the historic feat.

With all that said, the foundations for a successful charge at a One-Day International (ODI) world title for the Proteas will rely heavily on the dependable shoulders of opening batters Laura Wolvaardt and Lizelle Lee.

The duo will be crucial in ensuring the Proteas progress to the knockout stage after seven round-robin matches, starting with the clash against Bangladesh on 5 March.

The pair has been batting together at the top of the order since 2016 and have grown to form a comprehensive understanding based on their contrasting styles of play, which wins the Proteas matches.

They have opened the innings together 48 times, scoring 2,348 runs at an average of 49.95. Their partnership is fourth on the all-time ODI list in terms of runs scored and the best of any opening pair in the history of women’s cricket.

History has shown how crucial a strong stand at the top is if a team is to set a commanding score for their opponent to chase. Inversely, when a team is chasing, a solid opening partnership generally propels them to victory, if the foundation is used effectively by the batters that follow.

In men’s cricket Hashim Amla and Quinton de Kock’s partnership for the Proteas springs to mind. The pair were prolific when opening the batting together, averaging just under 50. For Australia, Adam Gilchrist and Matthew Hayden were magnificent in the early 2000s. In Wolvaardt and Lee, the team possess a pair who can be just as explosive.

“They are opposites, to be honest. Lizelle is a bit subdued and a bit quiet. They come out among people they are comfortable with. If I have to think about it, they are quite similar as people but their games are obviously opposites. Lizelle is more aggressive and attacking, Laura is more of a stroke-player,” Van Niekerk has previously said of the pair’s chemistry.

Lee and Wolvaardt currently jointly hold the record for the most centuries scored by South African female cricketers in ODIs. In the green and gold of the Proteas the pair have reached three centuries apiece, with Lee’s highest score an unbeaten 132, while Wolvaardt has amassed 149 runs in a single innings – scoring the mammoth total against Ireland back in 2017.

Wolvaardt, known for her exquisite cover drive shots, is currently the youngest South African to reach 2,000 ODI runs. She was just 21 when she clocked that milestone against India in March 2021 – two years younger than Quinton de Kock, Jacques Kallis and AB de Villiers were when they reached that mark in their glittering careers.

The explosive willow-wielder, despite being only 22, is one of the most experienced players in Proteas coach Hilton Moreeng’s team. She made her debut for the Proteas at just 16 and has been a mainstay since. She is keen to use her experience to help the team reach the final of the global showpiece, having fallen one hurdle short of it when they were bundled out in the semifinals during the 2000 and 2017 editions.

“It would be massive for women’s cricket as a whole in South Africa [if we won the World Cup]. And hopefully it can inspire a lot of young girls back at home to take up the sport. So, we’re really trying to try to win it for something greater than ourselves,” Wolvaardt told the BBC.

Her partner in bowler destruction, Lee, is the reigning International Cricket Council (ICC) ODI female cricketer of the year after a sterling 2021. The 29-year-old was the leading scorer in the 50-over format for 2021. She amassed 632 runs in 11 matches at a stunning average of 90.28, including one century and five 50s.

She will be aiming to bring that type of scintillating form for her team in New Zealand over the next month, although there are questions about her match fitness.

The opener missed South Africa’s most recent series against the West Indies at the beginning of 2022 after contracting Covid-19 in the lead-up to it. Nonetheless, Moreeng believes Lee and the rest of her teammates are ready to make their mark on the global stage, though it won’t be an easy journey.

“Regarding preparation, we are happy with what we have seen and we know it is going to be a challenging tournament. It’s a first World Cup for a couple of players and the nerves will be there because you are representing your country on the biggest stage in world cricket,” Moreeng said.

These sentiments of readiness were also echoed by team captain Luus: “We have played a couple of World Cups together, but this is the ultimate one for us and also for a lot of our most experienced players. It’s their big one and hopefully we can make it count and make it an enjoyable one.”

Meanwhile, with Covid-19 still hanging over the tournament, the ICC has put contingency plans into place for a worst-case scenario of teams being ravaged by the virus at the tournament.

The teams comprise 15 players each, with three additional players being travelling reserves. The ICC says, if a team’s available players dwindle beyond the 11 required for a match, they will be forced to play the affected match or matches with just nine players.

“I hope it doesn’t apply. It is something we had to do over the last few months since the Omicron outbreak. Almost all of our tournaments have been challenged with players not being available due to isolation for positive Covid tests,” said ICC chief executive Geoff Allardice.

“Fingers crossed, we don’t have to get anywhere near it, but the principle is it’s the World Cup matches and they’re 11 versus 11. I’m hoping that every match takes place as scheduled with no interruptions, but there may be situations where a team has less than 11 players available, and we needed some protocols to deal with that.”

The tournament organisers have also decreed that, in the event that a team is depleted to that extent, it can field two female substitutes from its backroom staff – in a non-batting, non-bowling capacity.