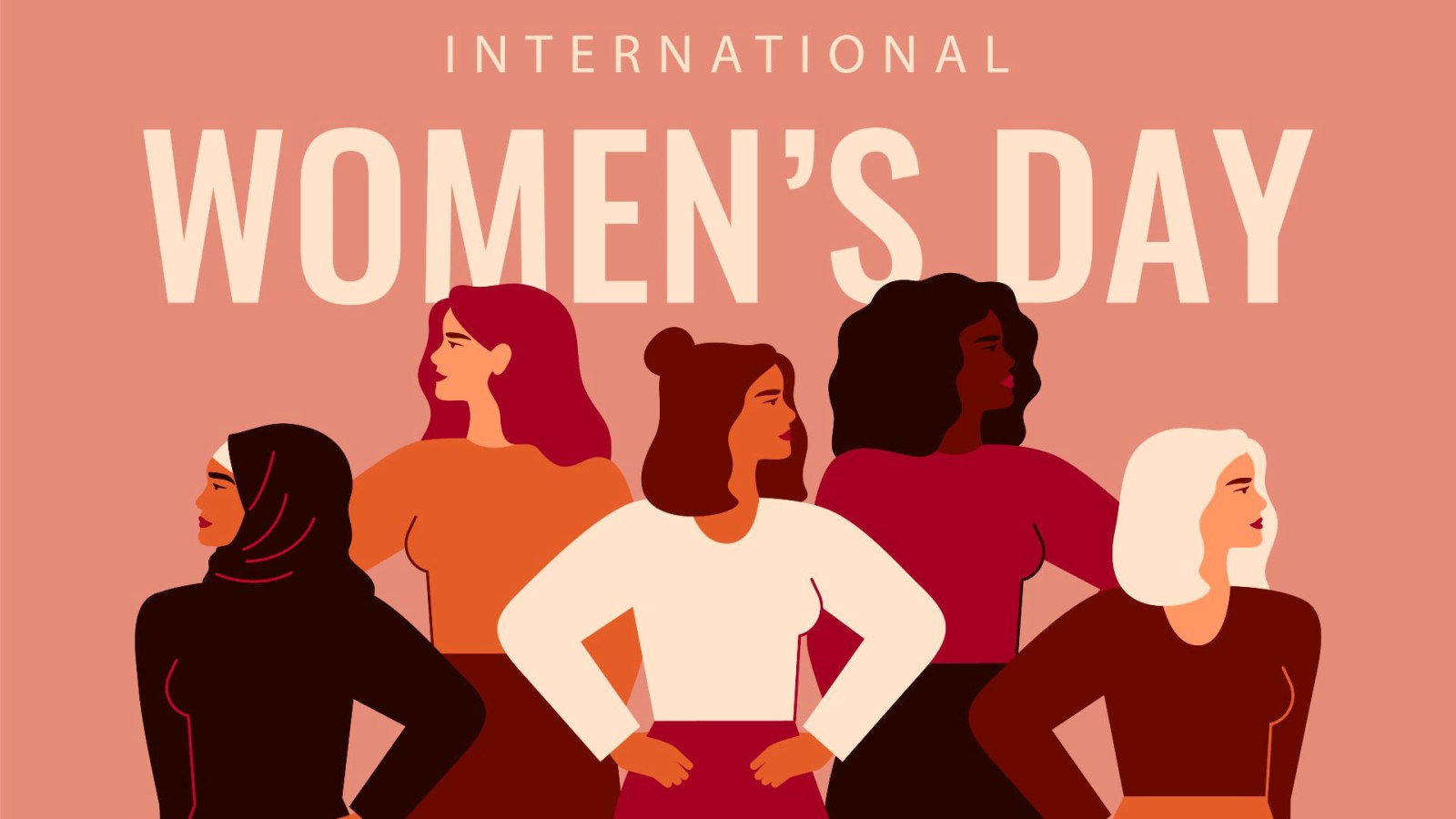 This week marks two United Nations international days celebrating women – International Women’s Day and the first annual International Day of Women Judges. The Tshisimani Centre for Activist Education will host a discussion on the coexistence of South African democracy with social failures, while Constitution Hill will run a campaign explaining and exploring statelessness. 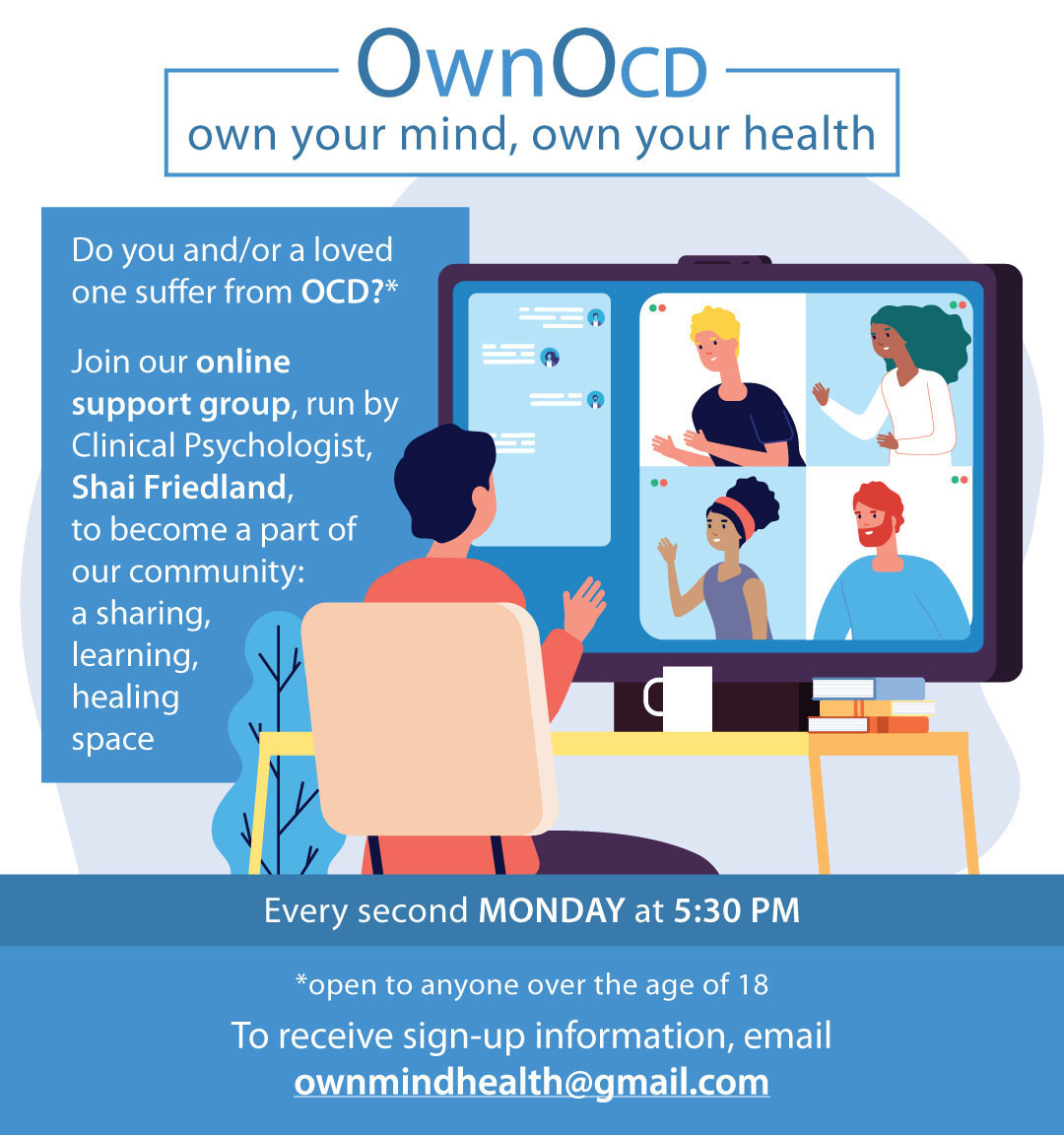 On Monday, 7 March at 5.30pm, the South African Depression and Anxiety Group (Sadag) will host a new obsessive-compulsive disorder support group. This online group, organised by psychologist and Sadag board member Shai Friedland, will be held twice a month. For more information on how to sign up, email [email protected].

Tuesday, 8 March is International Women’s Day, an opportunity to claim “Gender equality today for a sustainable tomorrow”, according to the United Nations. The organisation considers the advancement of gender equality in the context of the climate crisis and disaster risk reduction one of the greatest global challenges of the 21st century – particularly as women are increasingly recognised as being more vulnerable to climate change impacts than men.

This vulnerability stems from the fact that women make up the majority of the world’s low-income population, with greater dependency on the natural resources that climate change threatens.

Having women involved in sustainability initiatives results in more effective climate action. They make “powerful leaders and change-makers for climate adaptation and mitigation”, according to the UN. 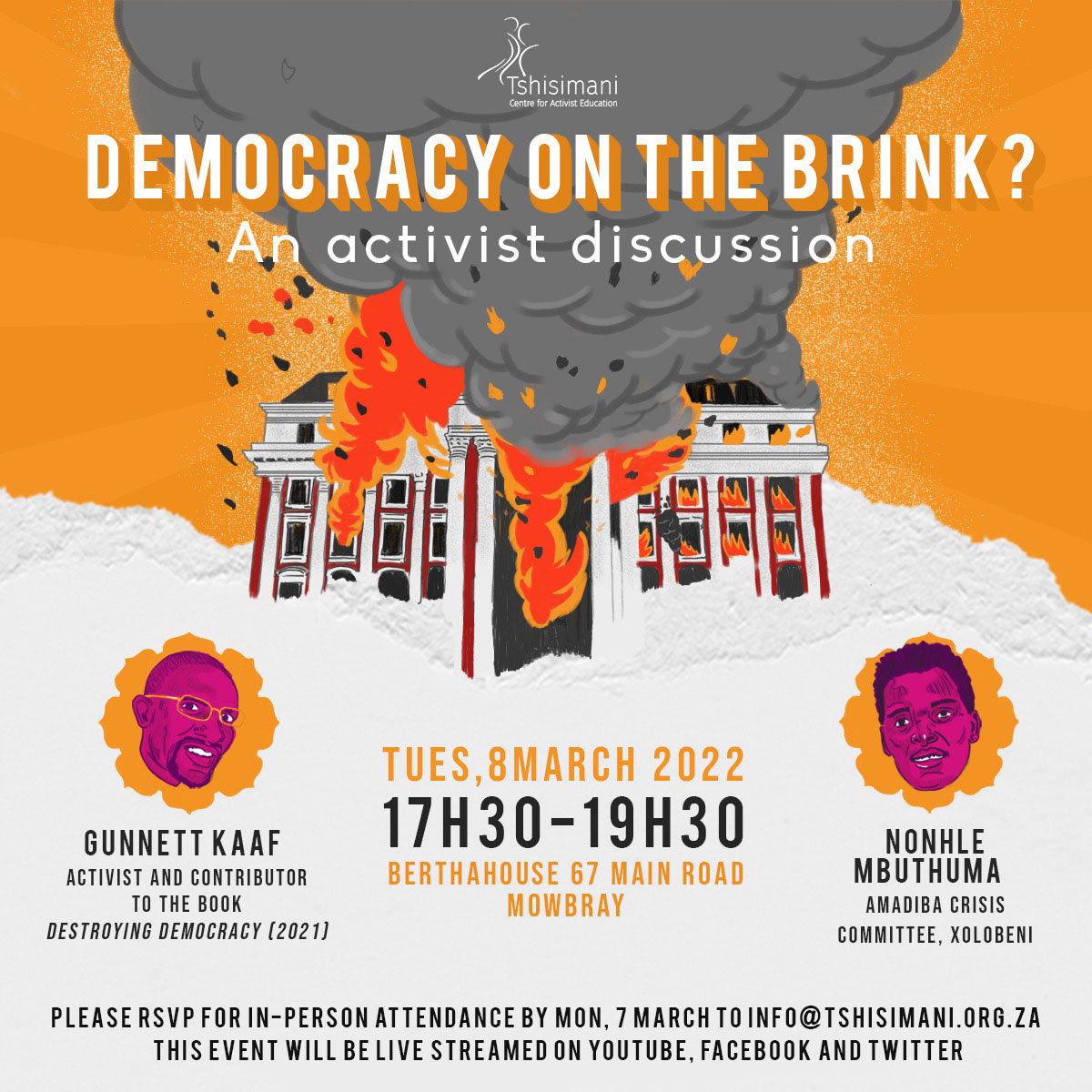 On Tuesday afternoon, the Tshisimani Centre for Activist Education will hold a virtual activist discussion with the theme “Democracy on the brink?” A preparatory session will run from 2pm to 5pm, while the public seminar will take place between 5.30pm and 7.30pm.

The discussion seeks to explore how nearly three decades of democracy in South Africa have coexisted with “rampant inequality, rising poverty, unbridled corruption, brutal exploitation and the erosion of ordinary people’s living standards through the commodification and hollowing-out of public services”, according to Tshisimani. Those involved will be considering possibilities for the future.

The seminar will be livestreamed on Twitter, YouTube and Facebook. Those who wish to participate in person must RSVP to [email protected] by Monday, 7 March. The discussion will take place at Bertha House, 67 Main Road, Mowbray.

From Wednesday, 9 March at 9am, an International Summit on the Protection of Whistleblowers will take place at the Capital Hotel in Melrose, Johannesburg. The event, themed “Situational Analysis – Reflections on legal and institutional frameworks (national and international)”, will run until 11 March. It is being hosted by the South African Human Rights Commission (SAHRC).

The conference is intended to allow consultative engagement with key stakeholders on the present state of protection for whistle-blowers in South Africa, so as to begin exploring the reforms needed in legal and institutional frameworks underlying whistle-blower protections.

On the first day of the conference, speakers will address delegates and participants. Advocate Bongani Majola, chairperson of SAHRC, will deliver the opening address. On days two and three, delegates will take part in closed working groups to review national legal and institutional frameworks, identifying gaps and proposing reforms.

Thursday, 10 March is the first annual International Day of Women Judges – a day to promote the equal participation of women at all levels of the judiciary, according to the UN. It is also an opportunity to celebrate the progress that has been made in this area, while raising awareness of the challenges that lie ahead.

Women are significantly underrepresented in decision-making positions, including judicial and senior judicial leadership positions. However, their representation is vital in ensuring that courts address the concerns of citizens and hand down sound judgments.

“By marking the day, we will reaffirm our commitment to develop and implement appropriate and effective national strategies and plans for the advancement of women in judicial justice systems and institutions at the leadership, managerial and other levels,” said the UN. 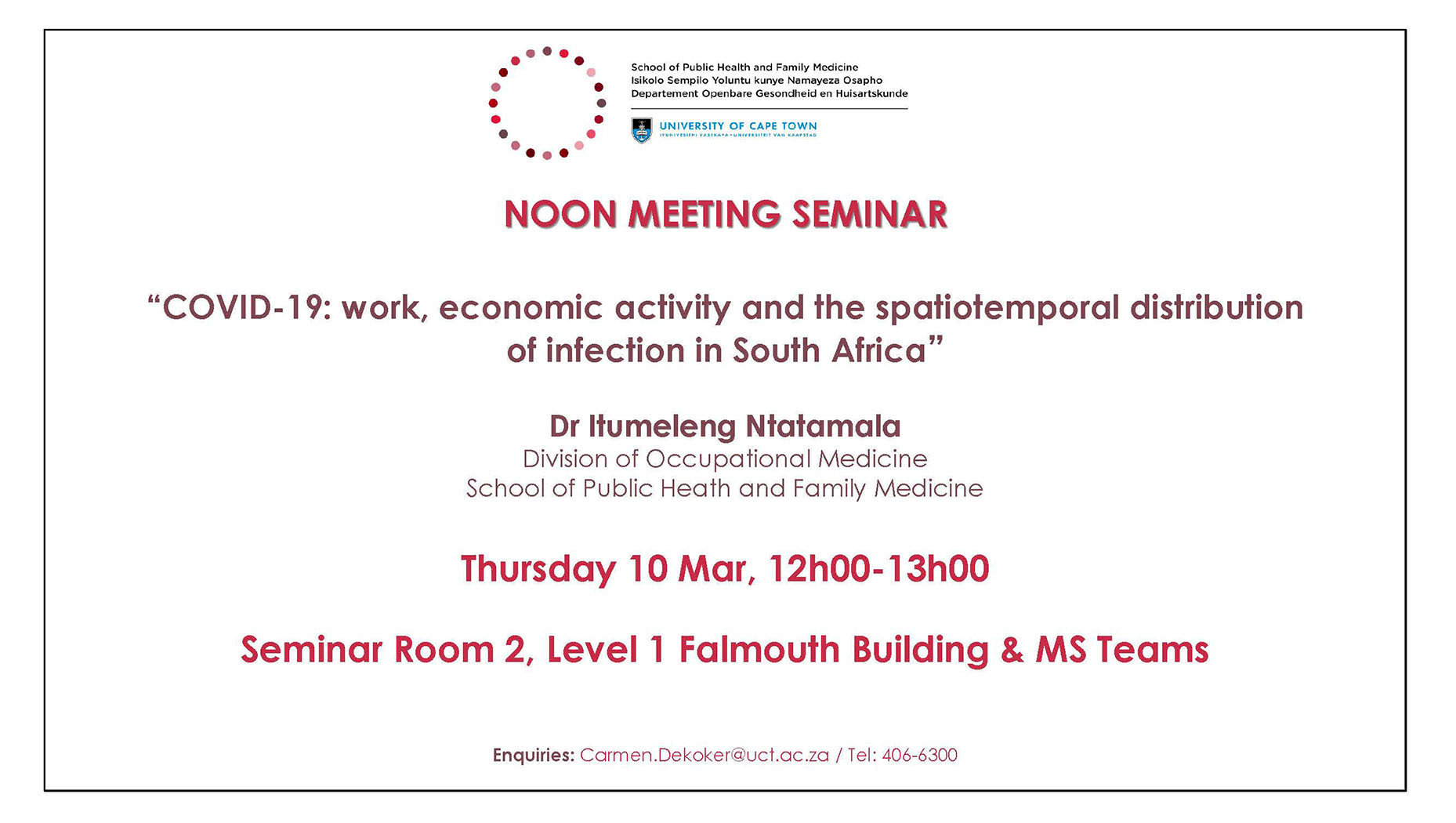 On Thursday at 12pm, the University of Cape Town (UCT) School of Public Health and Family Medicine (SPHFM) will be hosting a seminar on “Covid-19: work, economic activity and the spatiotemporal distribution of infection in South Africa”.

The seminar will involve Dr Itumeleng Ntatamala of the Division of Occupational Medicine in the SPHFM. Those wishing to join can do so here. 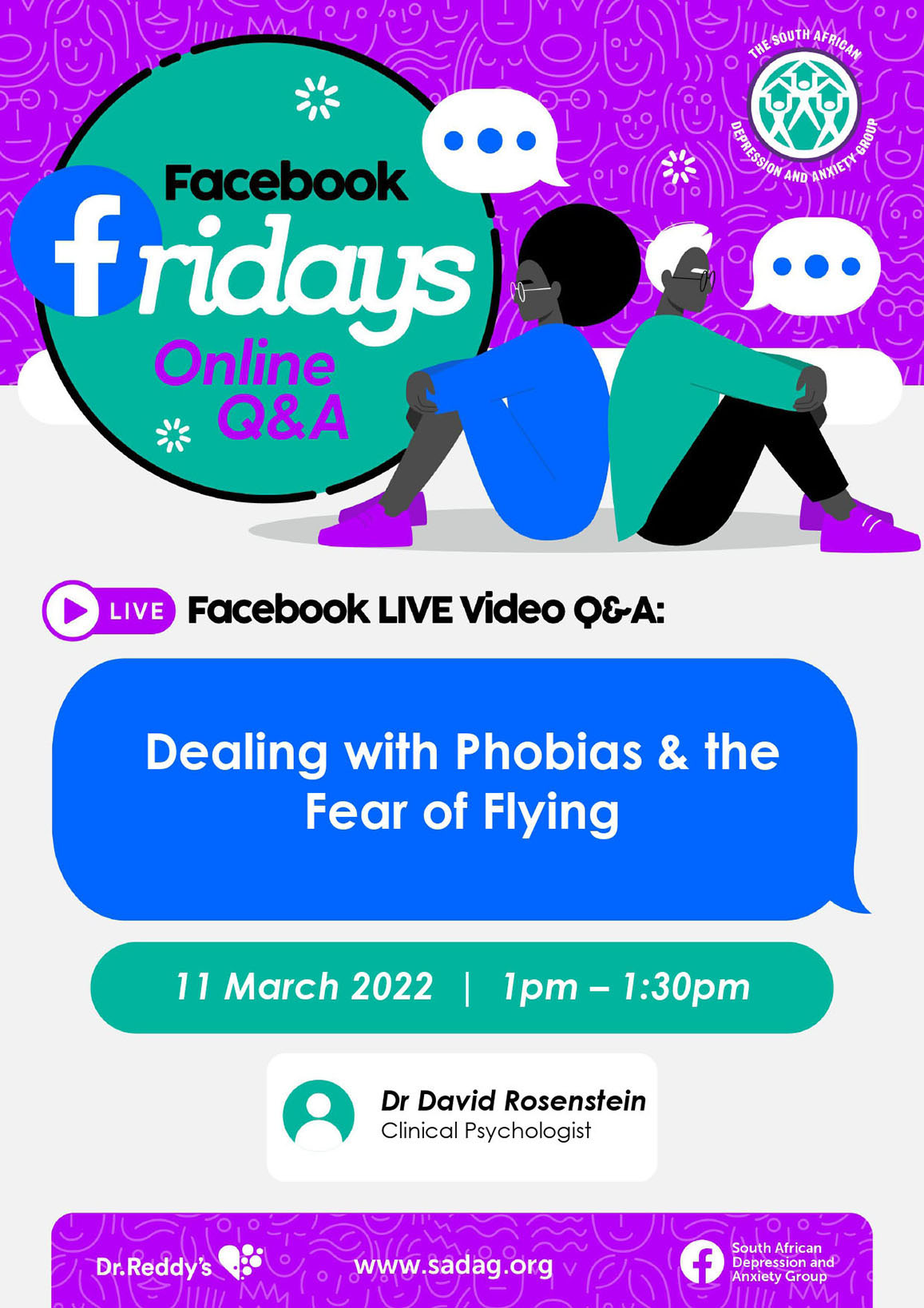 On Friday, 11 March at 1pm, Sadag will host a live question-and-answer session with clinical psychologist Dr David Rosenstein on “Phobias and Fear of Flying”.

The session will be streamed via a Facebook live video. It will provide information on how these phobias can affect a person’s mental health, as well as how to manage the anxiety that comes with phobias.

The session it the second in a month’s worth of #FacebookFriday live question-and-answer sessions. Each session involves a different topic with relevant experts. Recordings of all sessions are available here. 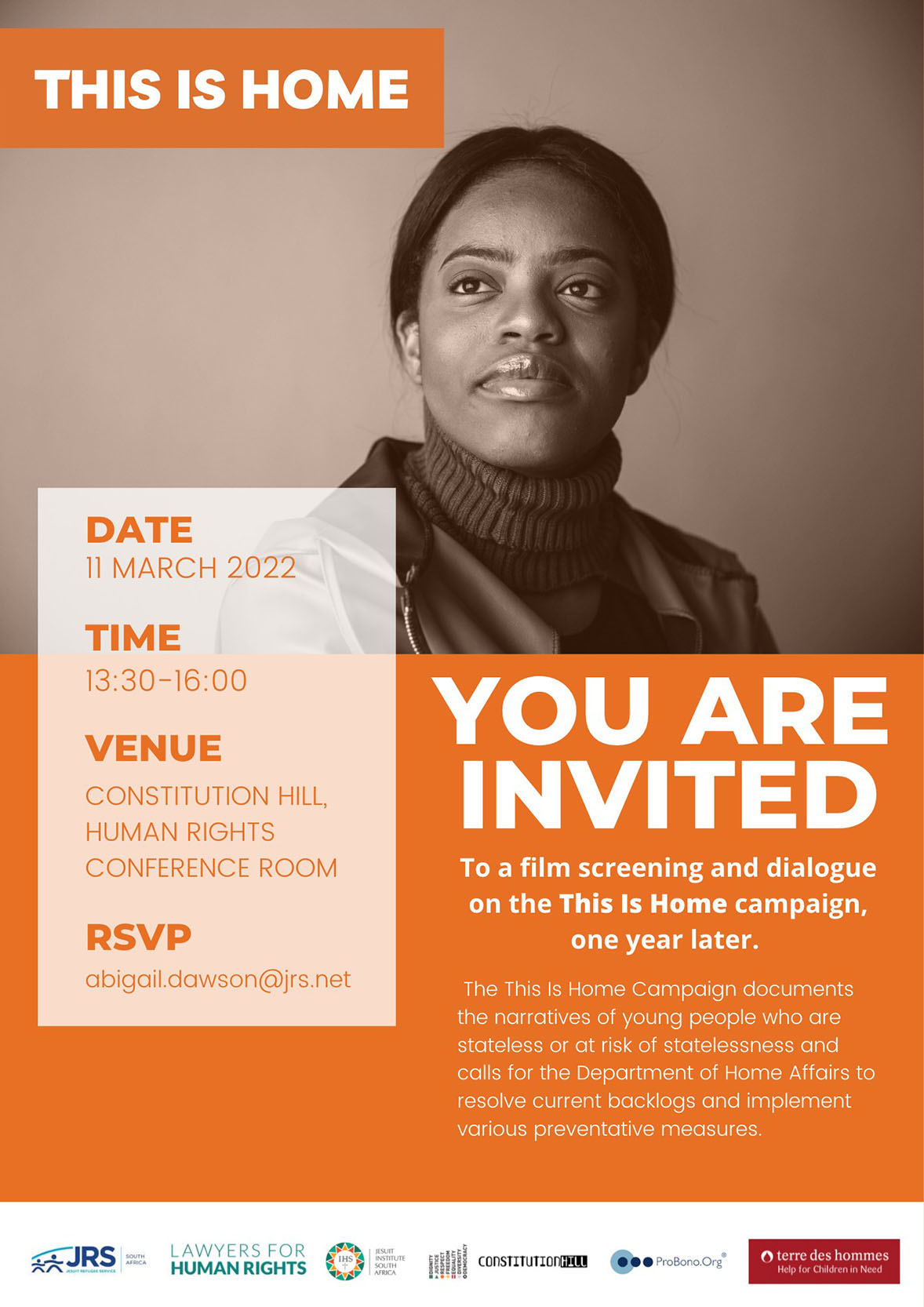 Later on Thursday, at 1.30pm, Constitution Hill will host a film screening and dialogue on the This Is Home campaign, which documents the lives of young people in South Africa who are stateless or at risk of becoming stateless. Other organisations involved in this event include Lawyers for Human Rights, Jesuit Refugee Service South Africa, ProBono.Org and Terres des Hommes.

The campaign involves explainers of statelessness, as well as an exploration of practical solutions that the Department of Health can implement to prevent statelessness. RSVP on email [email protected].

For more information about statelessness, access the Social Change Initiative’s resources on the subject here. DM