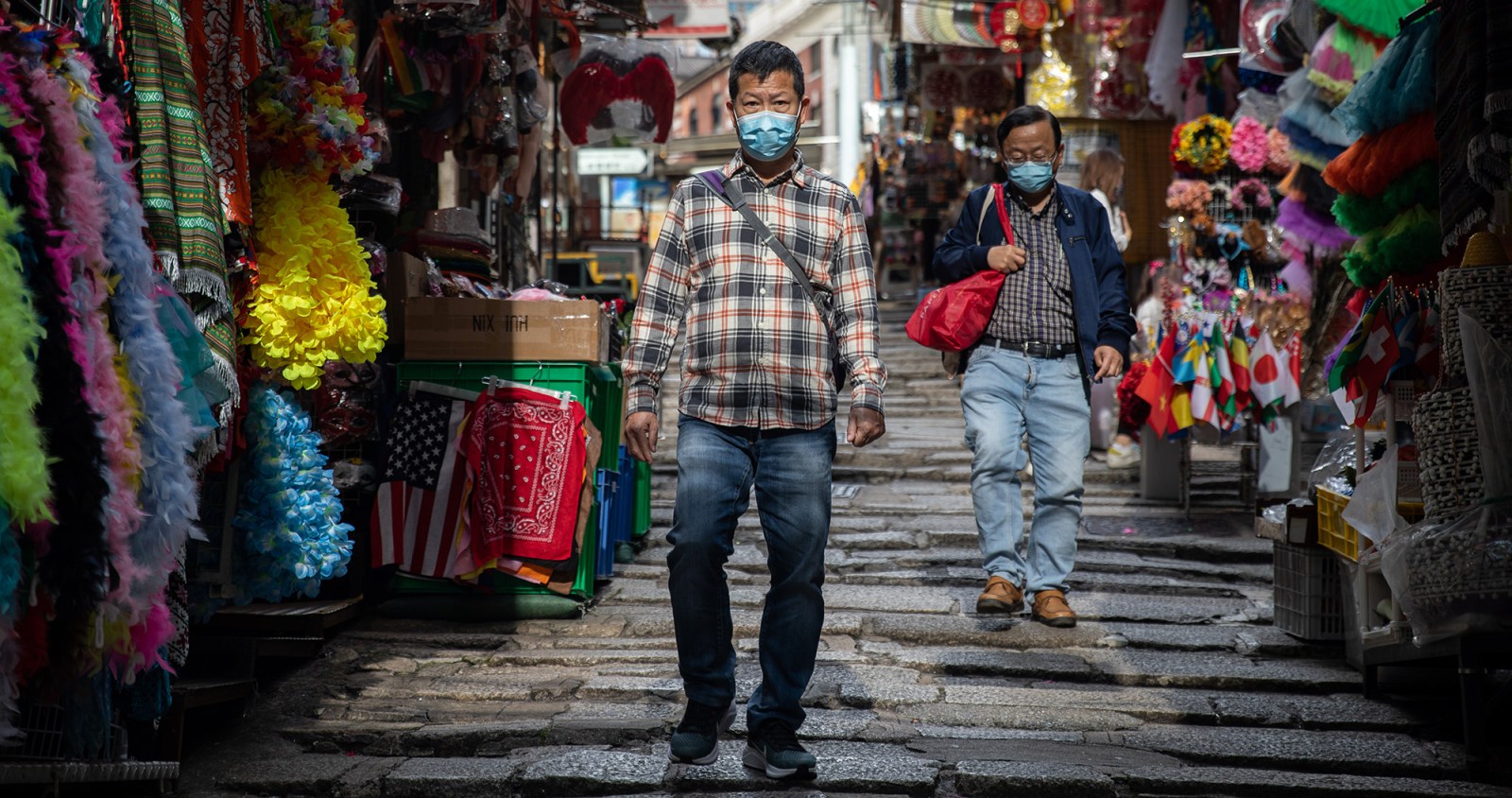 Hong Kong’s Covid-19 death rate is now the highest in the world, after fatalities among the city’s under-vaccinated elderly surged and concerns mount there may be more to come as infections spread through care facilities.

The financial hub’s seven-day rolling average rose to 27 deaths per one million people as of Sunday, according to Bloomberg calculations based on Johns Hopkins University data. That’s double Latvia, which has the second-highest rate, and far surpasses the peak of the US’s Omicron wave.

Hong Kong announced 25,150 new cases on Monday, with 75 patients in critical condition in hospitals. Authorities reported 161 fatalities, mostly elderly and unvaccinated, as well as the deaths of two children – an eight-year-old girl and a four-year-old girl – which will be reflected in Tuesday’s tally.

Health officials said an online platform for residents to self-report positive rapid-antigen test results would launch at 6pm local time on Monday, and they expected a subsequent surge in cases being reported.

Globally, the death toll from Covid-19 neared six million, according to data compiled by Johns Hopkins University and Bloomberg. 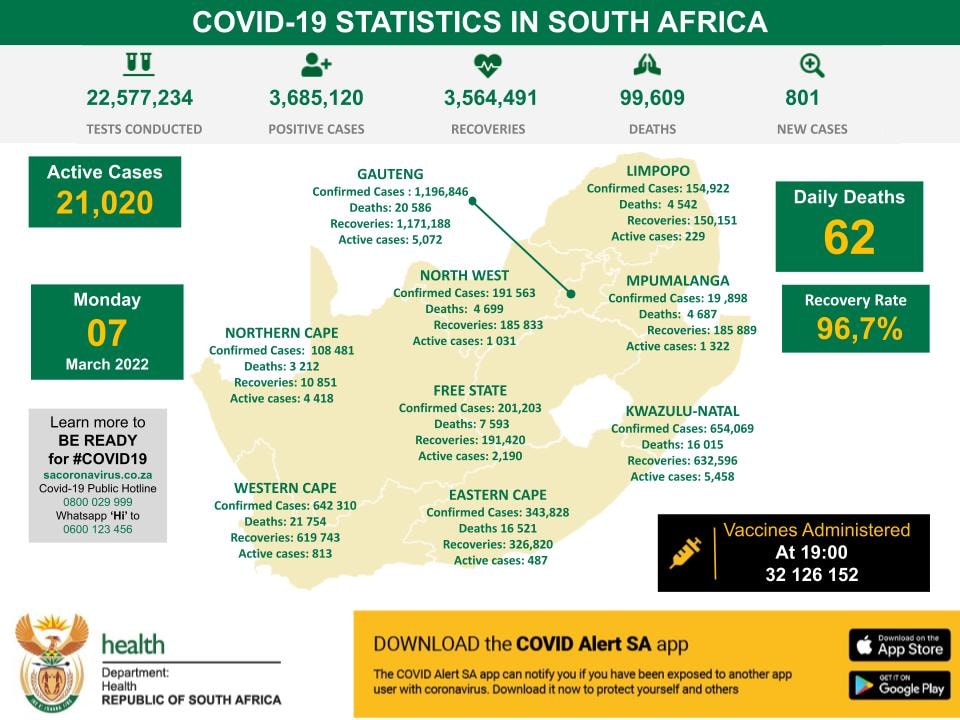 A total of 5,082 people departed Hong Kong on Sunday, the most since the city was hit with its most severe and far-reaching wave of Covid. That took last week’s tally to a net 22,965 departures from all ports. The figure for the seven days through Sunday was 4.4% higher than the previous week, according to Immigration Department data.

Hong Kong locals and expatriates are flying out while the government plans to tackle the Covid outbreak with mass testing and a potential lockdown. Schools remain closed and restaurants have restricted hours for dining-in. Singapore is a popular choice as a bolthole.

Hong Kong will hand out HK$5,000 spending vouchers to eligible residents in April, in the first phase of the programme, Financial Secretary Paul Chan said at a briefing. The date of distribution is yet to be confirmed, said Jessie Wong, head of the budget and tax policy unit of the financial secretary’s office.

China reported its highest daily tally of coronavirus infections since the Wuhan outbreak at the start of the pandemic, as the highly transmissible Omicron variant sparks multiple clusters across the country.

The nation announced 214 domestic confirmed cases – defined as people who are symptomatic – and 312 asymptomatic infections on Monday. The 526 total for a single day is a level that hasn’t been seen in two years and poses a significant challenge to the country’s steadfast adherence to a Covid-zero strategy.

The Covid-zero policy has increasingly isolated the world’s most populous country from the rest of the world as Western nations pivoted to living with the virus and gradually opening up.

More than half of UK managers expect to dial back their pandemic-era embrace of remote work and flexible arrangements once Covid-19 recedes, dampening hopes among employees that many of the changes will endure.

Some 34% of managers and HR professionals believe that remote working initiatives will be rolled back after the pandemic, a survey of more than 750 people showed, even though 66% support current policies.

A count of worldwide deaths from Covid-19 is nearing six million, though the actual number is much higher and unknowable as infections concentrate in Asian nations less affected by earlier viral waves. Total global deaths recorded were at 5,998,428, according to data compiled by Johns Hopkins University and Bloomberg.

Each of the last million deaths has been punctuated by coronavirus variants – first Delta, then Omicron.

A group of truckers calling themselves the Freedom Convoy made two noisy laps around the Washington Beltway, a highway that circles the city, to protest vaccination mandates and restrictions adopted to battle the pandemic.

The trucks, many of them festooned with US flags, honked their horns whenever they saw supporters waving at them from overpasses or other vehicles. Rigs in the convoy made most of the journey travelling in the middle lane and slightly under the posted speed limit, according to a report from radio station WTOP. It took between 30 and 35 minutes for it to pass.

The People’s Convoy describes itself as law-abiding citizens, according to its website. They call for an end to the State of Emergency that’s led to the imposition of vaccine mandates by some governments and want congressional hearings to examine the response to the pandemic.

After circuiting the highway twice – a journey that’s a little less than 200km – most of the trucks headed back north to Hagerstown, Maryland, where they originally assembled on Friday. It’s not clear what their next move is, though they have stated they have no intention to attempt to shut down Washington in the same way Canadian truckers blockaded Ottawa for three weeks in February.

Two years after the pandemic began, New Zealanders are finally facing its reality.

After keeping the virus at bay for so long, Covid-19 is now tearing through the nation’s population courtesy of the highly infectious Omicron variant. In the space of two weeks, new case numbers exploded from less than 1,000 a day to more than 22,000.

Hong Kong authorities are liaising with private hospitals to make space for Covid patients as the city battles its worst wave yet of the virus. The government is sending more government hospital patients who are being treated for ailments other than Covid-19 to private facilities if they are in a stable condition and in recovery, to free up beds in the public system, health officials said at a press briefing on Sunday.

“We will continue to be in touch with private hospitals to reduce pressure on public hospitals,” said Larry Lee, chief manager of the Hospital Authority.

The city’s health system and morgues are under the pressure from a record outbreak that’s pushed its death rate to one of the highest in the world. DM/MC