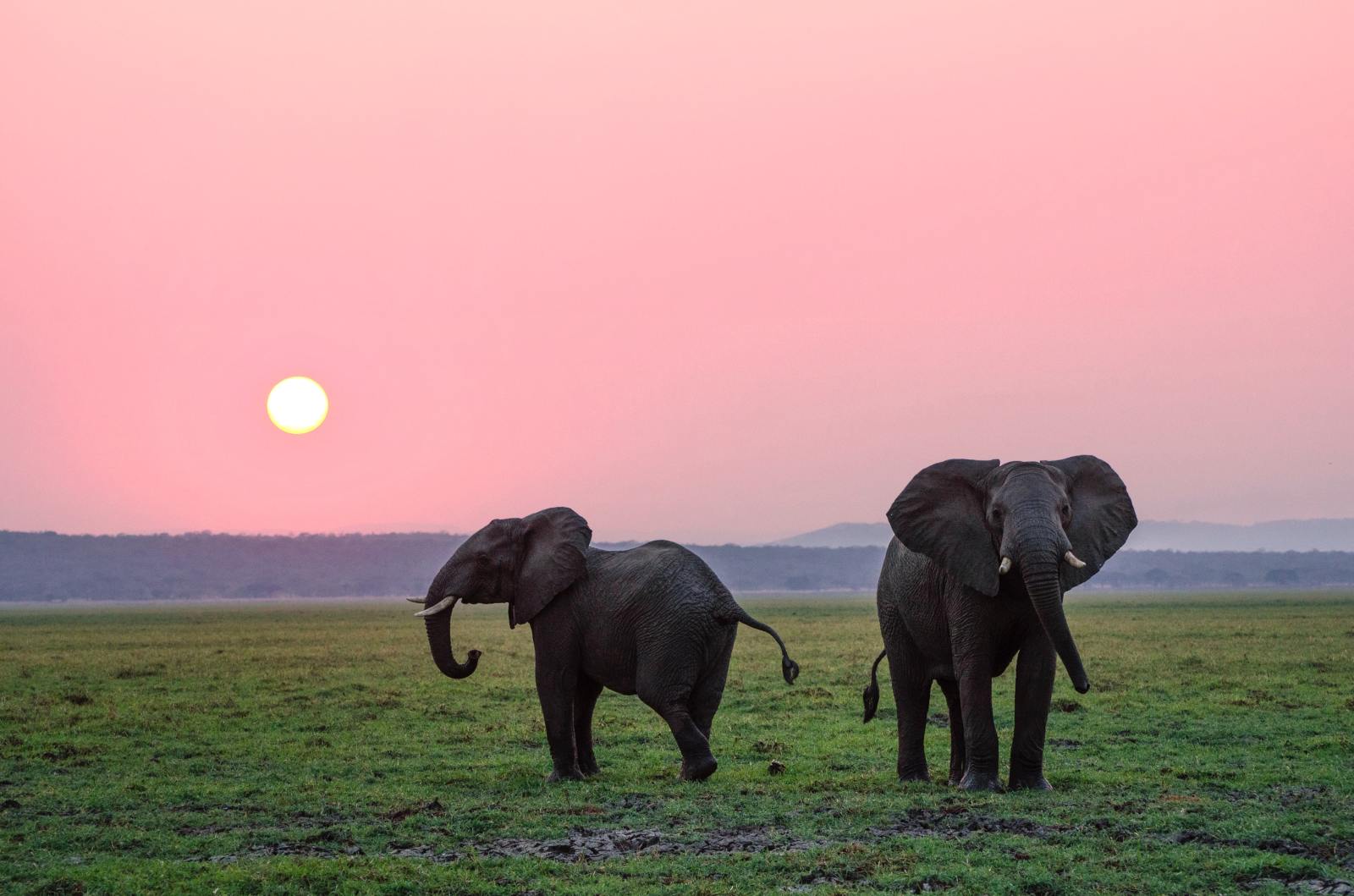 It’s not only humans who suffer from the long-term effects of childhood trauma. In our latest research we discovered that there appears to be a very real and lasting impact on elephants who experienced trauma and profound social disruption many decades earlier.

Families of African elephants who had witnessed their parents being culled appeared less able to differentiate between the roars of different numbers of lions than the elephants from a natural, relatively undisturbed population – and as you can imagine, assessing the level of danger from their key predator is a crucial skill on the African savanna.

Acquiring complex ecological knowledge about their own population and surrounding environment (such as how to accurately assess predatory threat) – and passing it onto younger family members – is crucial for long-lived species who live in multi-generational groups, such as elephants.

The knowledge passed from one generation to the next can vary depending upon specific threats faced by the population. For example, elephants in Amboseli National Park, Kenya can use human voices to distinguish the greater threat associated with groups of people that are more likely to hunt them. They recognised the more threatening people on the basis of ethnicity, gender and age through their language and voice characteristics.

Aside from humans, lions are the key natural predator of elephants. It may be rare, but lions will occasionally hunt calves that have become separated from their family. In some regions, such as the Chobe national park in Botswana, large prides of lions have actually become adept elephant hunters and will even tackle smaller adults.

How we assessed threat response

For many years we have been studying African elephants in South Africa and Kenya, to explore the role of age and experience in effective leadership and decision making.

Our previous research in 2011 showed that the oldest matriarchs in Amboseli National Park were better at determining the greater danger associated with larger-bodied male lions compared with female lions solely from listening to lion roars broadcast from our custom-built loudspeaker. Making these subtle acoustic distinctions required experience gained over a long lifetime.

So, in our latest study we set out to explore whether social trauma experienced decades ago might affect the natural ability of wild elephants to make key decisions on predatory threat.

We used two populations with differing developmental backgrounds. The natural population in Amboseli consisted of stable family groups with related individuals, and had experienced low levels of human disturbance. But the elephant population in Pilanesberg National Park in South Africa was founded with young, unrelated elephants who were survivors of culling operations in Kruger National Park during the early 1980s. The adult females from the families were shot, while the young animals were rounded up and moved to new reserves, forming groups with unrelated individuals. Thankfully this practice was ended soon after the population in Pilanesberg was established.

We broadcast one or three roaring lions to our study populations in Amboseli and Pilanesberg over a period of three years. The 30 second roars were broadcast from the back of our project Land Rover in the late afternoon when lions are most active. The behavioural responses of the elephant family group to the lion roars were recorded on video for later analysis.

The Amboseli elephants adjusted their behavioural response depending upon the number of lions that were broadcast. In situations of greater threat (more roaring lions) the elephants formed a rapid defensive bunch that would likely deter even the most committed predator. These involve calves moving to the middle of the group while the adults form a defensive ring. Whereas a single roaring lion was met with a reduced threat response and the elephants were less alert.

But the Pilanesberg elephants did not appear able to distinguish three roaring lions as a greater threat than one roaring lion, showing a similar high probability of defensive bunching in both situations.

This overreacting to every situation could potentially result in increased use of energy, loss of feeding time and injury risks.

So, it appears that their traumatic past has had a long-term impact on the development and knowledge acquisition of these surviving animals.

In fact, the results echo those of our earlier study exploring social knowledge in the Pilanesberg elephants. We found that they were unable to assess the greater social threat presented by the vocalisations of unfamiliar and older adult female elephants.

As well as the likely direct impact of trauma, the lack of older highly knowledgeable females in the orphaned population is key. The passing on of knowledge is likely to have significant survival and reproductive benefits for families led by the oldest and most experienced matriarchs, whereas orphaned elephants commonly miss out on the benefits.

But it’s not all bad news. Despite everything, the elephants in Pilanesberg have shown remarkable resilience and over time have formed stable family groups that exhibit normal social behaviour. This is not always the case, with some reintroduced elephants showing very high levels of aggression against other animals.

Our results have important implications for the remaining elephant populations across Africa, many of which face considerable pressure from humans, such as poaching, habitat loss and climate change. These threats greatly impact social structure and the opportunity to learn crucial skills from older and more experienced individuals.

Sadly it is often these older and wiser animals that are the target of illegal hunting due to their larger tusks. Ultimately, when it comes to conserving long-lived and highly social species such as elephants, we need to protect the social structure of the population. DM/ML

Graeme Shannon is a lecturer in Zoology at Bangor University.