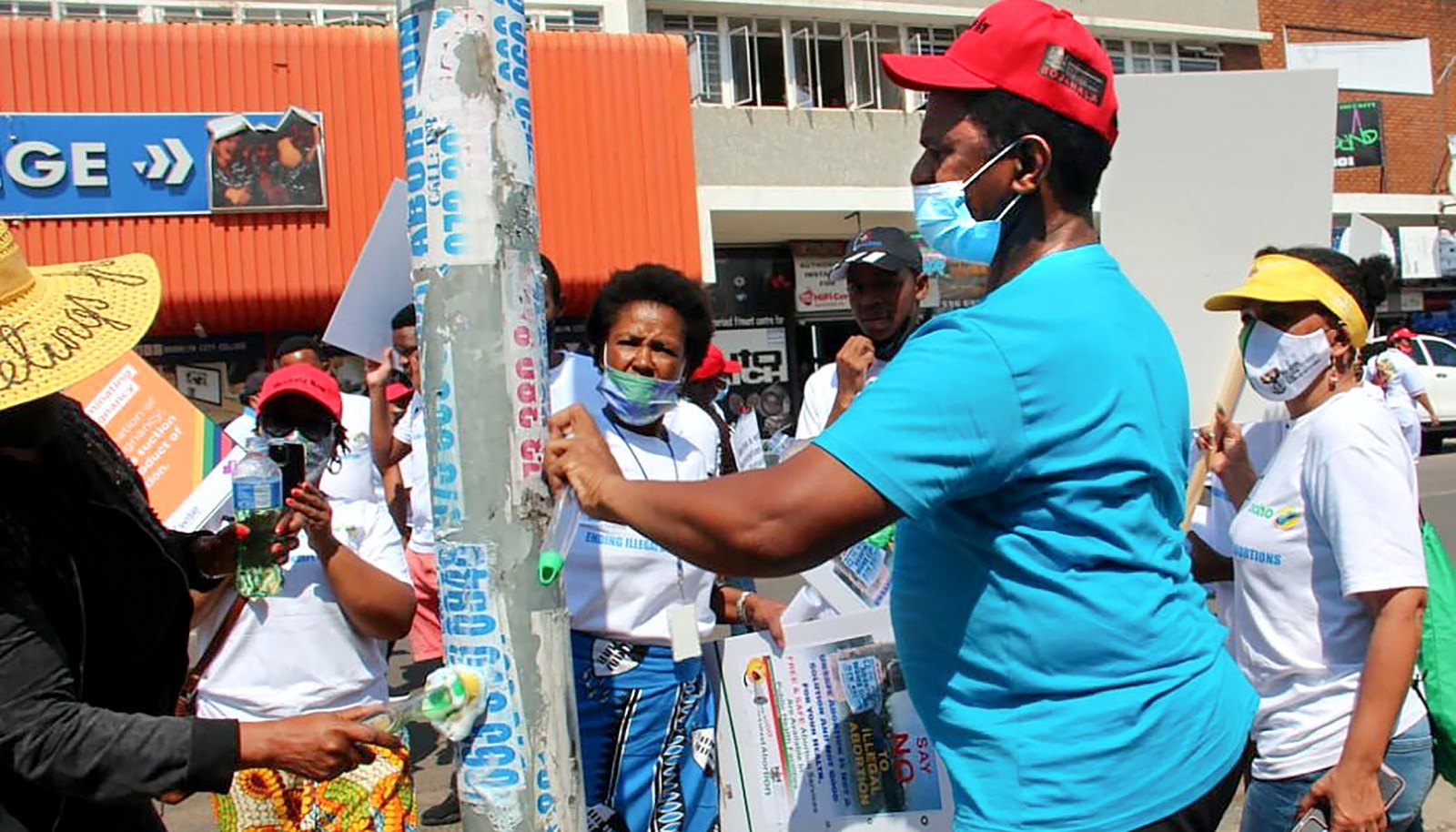 On 17 February, Deputy Health Minister Dr Sibongiseni Dhlomo led a march in Rustenberg against unsafe abortions, but a march alone cannot eliminate barriers that prevent women and girls from accessing safe abortions in the public health system. Much more needs to be done.

The below is an open letter addressed to South Africa’s Deputy Minister of Health, Dr Sibongiseni Dhlomo.

A march, in and of itself, cannot eliminate barriers that prevent women and girls from accessing safe abortions in the public health system. This is why we see this march, led by someone who has the power to eliminate many of those barriers, as a disingenuous attempt by the Department of Health to cover its failure to make meaningful steps towards the realisation of women’s and girls’ right to abortion.

The law is clear, Dr Dhlomo.

Government has a constitutional duty to respect, protect, promote and fulfil the rights in the Bill of Rights, which includes the right to make decisions regarding reproduction and the right to reproductive healthcare. These constitutional rights are then further elaborated on in the Choice on the Termination of Pregnancy Act, one of the most liberal abortion laws in the world.

Despite this enabling legislative framework, it is principally the government itself that stands in the way of realising women’s and girls’ reproductive rights.

The most effective manner for government to eliminate unsafe abortions is not to convene a march to raise awareness of this practice. Instead, government must create an environment, particularly a public healthcare system, where women and girls can access safe abortion with minimal barriers.

Through our work at Section27 on access to abortion in the public sector, we have observed that some of the most prominent and pervasive barriers to abortion in this country include the lack of accessible designated public abortion facilities; abortion providers’ attitudes; the lack of an effective referral system; the failure to introduce self-managed abortion and the unavailability of abortion medicines.

The lack of services is also apparent from the long queues and waiting times women can expect at many public abortion facilities.

Dr Dhlomo, to remedy this situation, government must embark on an audit of all designated abortion facilities to ensure that they actually provide the service that they are designated to provide. Government must then designate additional public abortion facilities (particularly for second-trimester abortions) and must further expand the services offered at facilities that have already been designated. It is also crucial for the government to monitor these services regularly.

Second, women and girls who do manage to access public abortion facilities are often met with hostility by healthcare workers. These attitudes compromise the quality of the service provided to women and girls and add another barrier to access safe abortion.

During our visit to Mthatha Gateway Clinic – a public healthcare facility that offers the full complement of abortion services designated to be performed by Mthatha General Hospital – we spoke to women and girls who said they were required to provide reasons for seeking an abortion and sometimes refused the service if their explanation did not satisfy the nurse assisting them.

Third, the lack of an effective referral system for abortion affects women’s and girls’ ability to access abortion services. Pregnant women and girls who, for whatever reason, cannot access services at the designated public abortion facility they ordinarily attend, must be referred to the nearest designated public abortion facility and, where possible, transport must be provided and an appointment confirmed.

For women and girls to continue to pursue a safe abortion at alternate public facilities, it requires them to have time and the ability to pay for their travel costs, which many women cannot afford. This can further motivate them to opt for unsafe abortion providers who are easily accessible, as evidenced by their posters on street poles and dustbins. Were an effective system in place, women and girls would know where to go and they’d be less likely to suffer at the hands of unsafe abortion providers.

A dedicated helpline on how women and girls can access assistance and counselling will also need to be in place.

On 12 July 2021, Section27 and the Women’s Legal Centre addressed a joint letter to the department to request clarity on whether it intends to introduce self-managed abortion. In response, the department said it plans to introduce a “self-care package” and that there would be a consultative process involving public-interest stakeholders.

We have not yet been invited to participate. We, therefore, call on you to release the timeline for the consultative process and introduce self-managed abortion.

Fifth, public abortion facilities do not always have a steady supply of the medicines required for a medical abortion, which has been particularly problematic in the North West, where you held the march.

These stockouts mean women are unable to access an abortion in their first trimester of pregnancy, requiring them to either have a second-trimester surgical abortion or to resort to unsafe abortion providers.

Dr Dhlomo, given the various barriers to safe abortions, women and girls resort to unsafe abortions, dangerous as they may be, to exercise their right to terminate their pregnancies. If government is truly interested in eliminating unsafe abortions (as it should be), together with promoting the reproductive health of women and girls and protecting their lives, it must address the shortcomings outlined in this letter.

A march against unsafe abortions will do very little, if anything, to solve these shortcomings, especially where the marchers are the individuals who are best placed to fix the issues.

As Section27, we urge the department to work with us and others working to realise the sexual and reproductive health rights of people in South Africa to address these barriers to safe abortions. DM/MC

Ndlela and Mapipa are attorneys at Section27 Health Rights Programme and Mtsolongo is Section27’s field researcher in the Eastern Cape.

Note: This is an open letter written by employees of Section27. Spotlight is published by Section27 and the Treatment Action Campaign, but is editorially independent, an independence that the editors guard jealously. The views expressed in this open letter are not necessarily those of Spotlight.