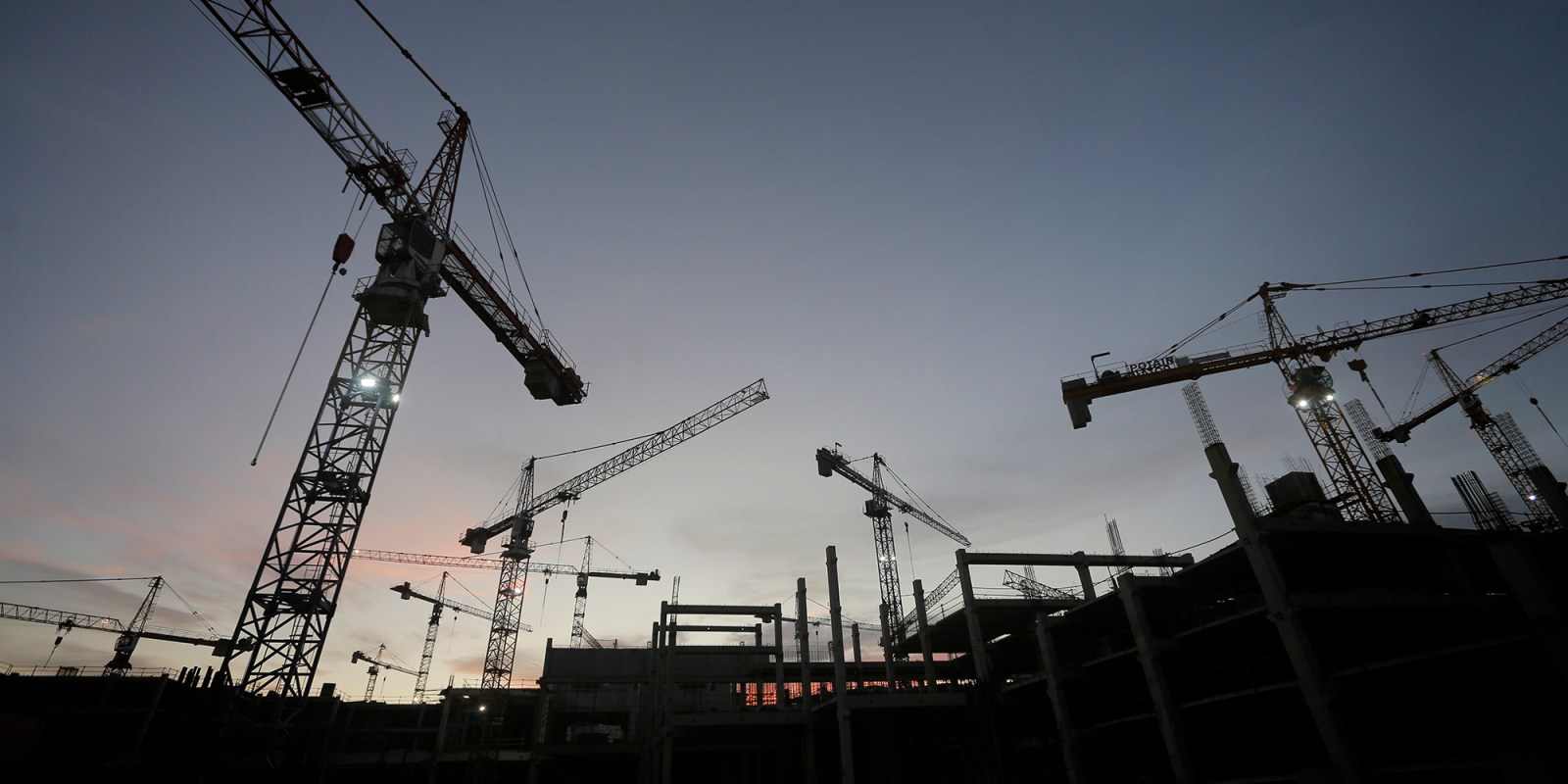 Gross domestic product (GDP) data to be released on 8 March by Statistics South Africa is widely expected to show that the domestic economy expanded less than 5% in 2021 after contracting 6.4% in 2020.

Growth of at least 5% or more may well have been achieved were it not for the spasm of rioting and looting that killed more than 350 people as it swept across KwaZulu-Natal and Gauteng in July last year. The mounting costs of that mayhem, as well as the Numsa steel-sector strike and cyberattacks on Transnet, will come into sharp focus next week.

The National Treasury in February and the South African Reserve Bank (SARB) in January both revised their growth estimates for 2021 lower to 4.8% from 5.1% and 5.2% previously.

“Last year saw the ongoing recovery of the South African economy from the pandemic, but also the damage caused by the July unrest, cyberattacks and strikes. Those factors led to a downward revision to the growth forecast for the year as a whole, from the 5.2% forecast in November to 4.8%,” the SARB said in its Monetary Policy Committee statement in January.

Other estimates are lower, notably that of the International Monetary Fund (IMF), which has pegged South African growth in 2021 at 4.6%. This makes SA a laggard on a number of fronts. The IMF, for example, believes the global economy grew 5.9% last year; that of South Africa’s emerging market and developing economy peers by 6.5% collectively.

Still, things could have been much worse.

“We initially thought straight after July a number around 4% but the Q4 recovery was stronger than expected,” Peter Attard Montalto, head of Capital Markets Research at Intellidex, told DM168.

Several indicators suggest this was indeed the case. Retail trade sales, for one, grew more strongly than expected in the last quarter of the year, chalking up growth in 2021 of 6.4% after tanking 7% in 2020. Mining output fell unexpectedly in December but overall expanded 11.2% in 2021 on the back of red-hot and even record prices after falling 10.6% in 2020. The agricultural sector has also been a green shoot.

Montalto sees quarter-on-quarter growth in Q4 of 1.6% for a full-year rise of 4.8%, which he noted was “good going” considering all of the constraints South Africa’s economy faces, such as load shedding and low levels of investment.

Yet it is of more than passing concern that this has been a “jobless rebound”, as the unemployment rate has maintained its depressing ascent even as job-killing Covid restrictions have been lifted. The unemployment rate hit a record high of 34.9% in Q3 2021 and the release of the Q4 number has been delayed, but there is no doubt that it is simply terrible. And even if there were a 4.8% rebound in 2021, overall economic output will remain below pre-pandemic levels. Looking ahead, the growth outlook is anything but robust and will be barely ahead of population growth. The SARB sees growth in 2022 slowing sharply to 1.7% as the pandemic rebound fades, with 2023 growth of only 1.8%. This could surprise on the upside because of a lift to commodity prices in the wake of Russia’s invasion of Ukraine. But that has also sent oil prices through the roof at a time when retail prices in South Africa are already at record highs. This will add significantly to producer costs while diverting disposable consumer income to the petrol pumps. Food prices also look set to surge higher than what was expected just a few weeks ago.

That in turn will fan the flames of inflation and probably prompt the central bank to raise rates faster than anticipated in a double blow to economic growth prospects, putting “pre-pandemic output levels” even further out of reach. The rising ranks of the poor and unemployed – who have seen no “rebound” – will bear the brunt of these trends, adding to the risk of another explosion of social unrest on the scale of the one witnessed in July 2021.

As cycles go, this one is looking decidedly vicious. DM168