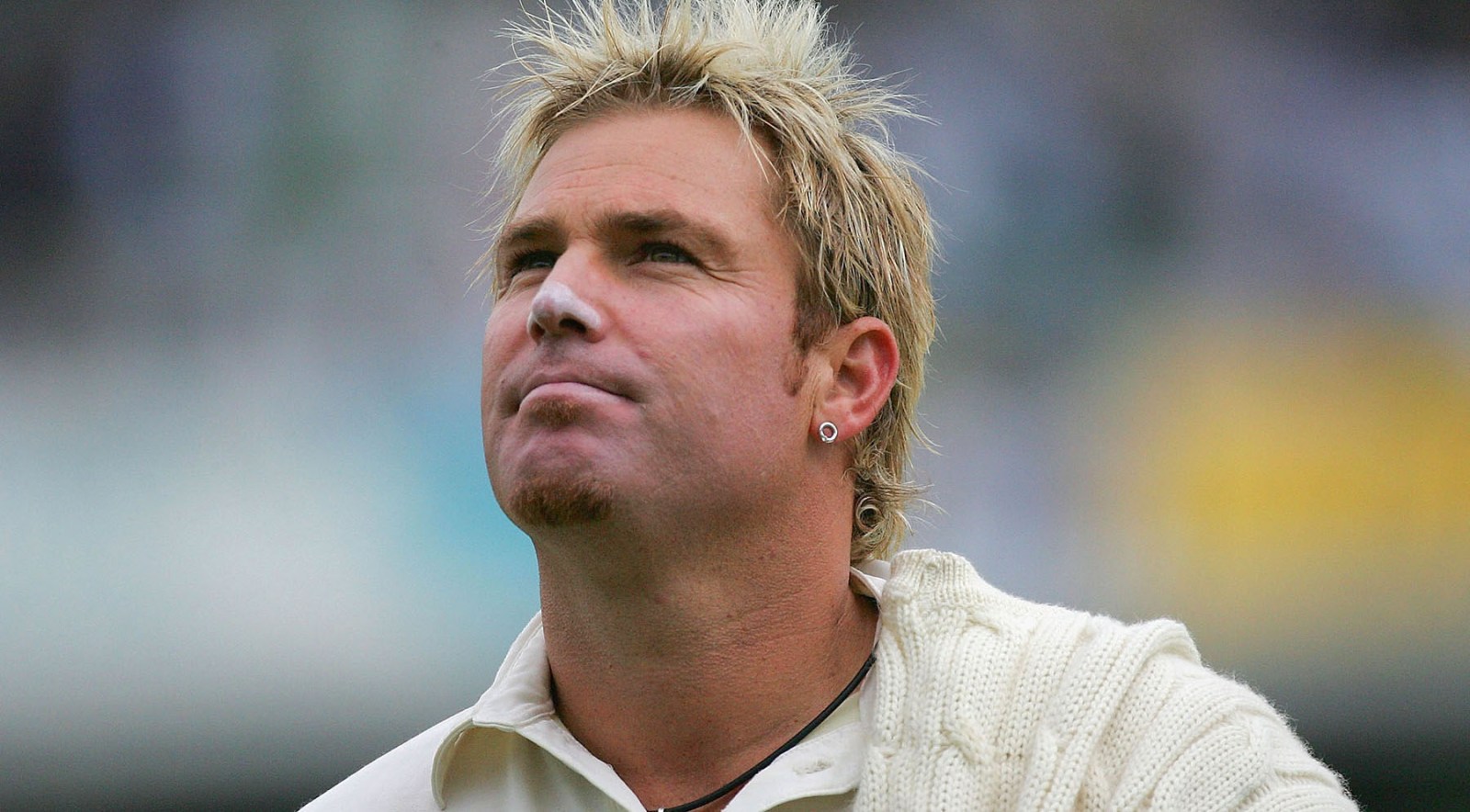 Shane Warne of Australia leaves the field as bad light stops play during day four of the fifth npower Ashes Test between England and Australia at the Brit Oval on 11 September 2005 in London, United Kingdom. (Photo: Hamish Blair / Getty Images)

Out of all the cricketers who witnessed whichever Waugh brother swearing at me, only one stopped to sort of check up on me and chat to me, and it just turned out to be the one that everyone in the cricket world was in awe of and wanted to read about.

When the Australian cricket team toured South Africa in the late 1990s, it was a big deal. Most international sports teams arriving on our shores after our first democratic elections made headlines for weeks, and not just on the sports pages.

I was a 21-year-old cub reporter in Durban when the Aussies were on tour in 1997 and I was given the unenviable task of going to their hotel on the beachfront to ask one of the Waugh twins about an injury he had sustained during training.

I can’t remember which Waugh it was, Mark or Steve, but one of them had fractured a finger and I had to ask about it. I worked at The Saturday Paper. It was a Friday afternoon and we didn’t have a front-page story or pic.

When the photographer and I were leaving the newsroom, the tetchy news editor warned us not to come back with nothing. She said something along the lines of: “You get a quote from that guy, any quote. Don’t come back until you have something. Do you understand? And you [addressing the photographer] better shoot something good enough for the front!”

One of the sports journos should’ve been sent out to do this story, not a noob like me who mostly covered news, but the sports writers were obviously too busy to help the news team.

We arrived at the hotel just as the Aussie team bus rolled in from the airport and the players were disembarking. When I saw the relevant Waugh with a bandage on his hand, I walked up to him, introduced myself and asked: “How are you feeling? Are you in a lot of pain? Do you think you’ll be able to play tomorrow?”

He drew himself up, leaned down a bit until he was less than a ruler-length away from my face and bellowed: “FUCK OFF!”

I was unable to move or react for a good minute or so. The photographer was as stunned as I was and just stood still next to me as the other cricketers just carried on walking past me. I must’ve looked quite dazed and confused when one of them walked up to me and said in a jovial voice: “Aw, don’t worry about him. He’s such a grouch. Would you like to interview me? Come on, let’s have a chat.”

Luckily, I knew enough about cricket and how devastatingly good Warne was to quickly ask him a few questions as we stood on the beach while the photographer took a few perfect pics of him on the sand with the ocean in the background.

Out of all the cricketers who witnessed whichever Waugh swearing at me, only one stopped to sort of check up on me and chat to me, and it just turned out to be the one that everyone in the cricket world was in awe of and wanted to read about.

We only spent about 10 minutes on the beach before a crowd started to gather and Warne had to get back into the hotel, but during that time we chatted and laughed, and I walked away with a front-page story that made even the cantankerous news editor happy. It was a random act of kindness from a cricket legend that shouldn’t be forgotten. DM