Vale, Peck’s. We knew you so well, and loved you perhaps too much 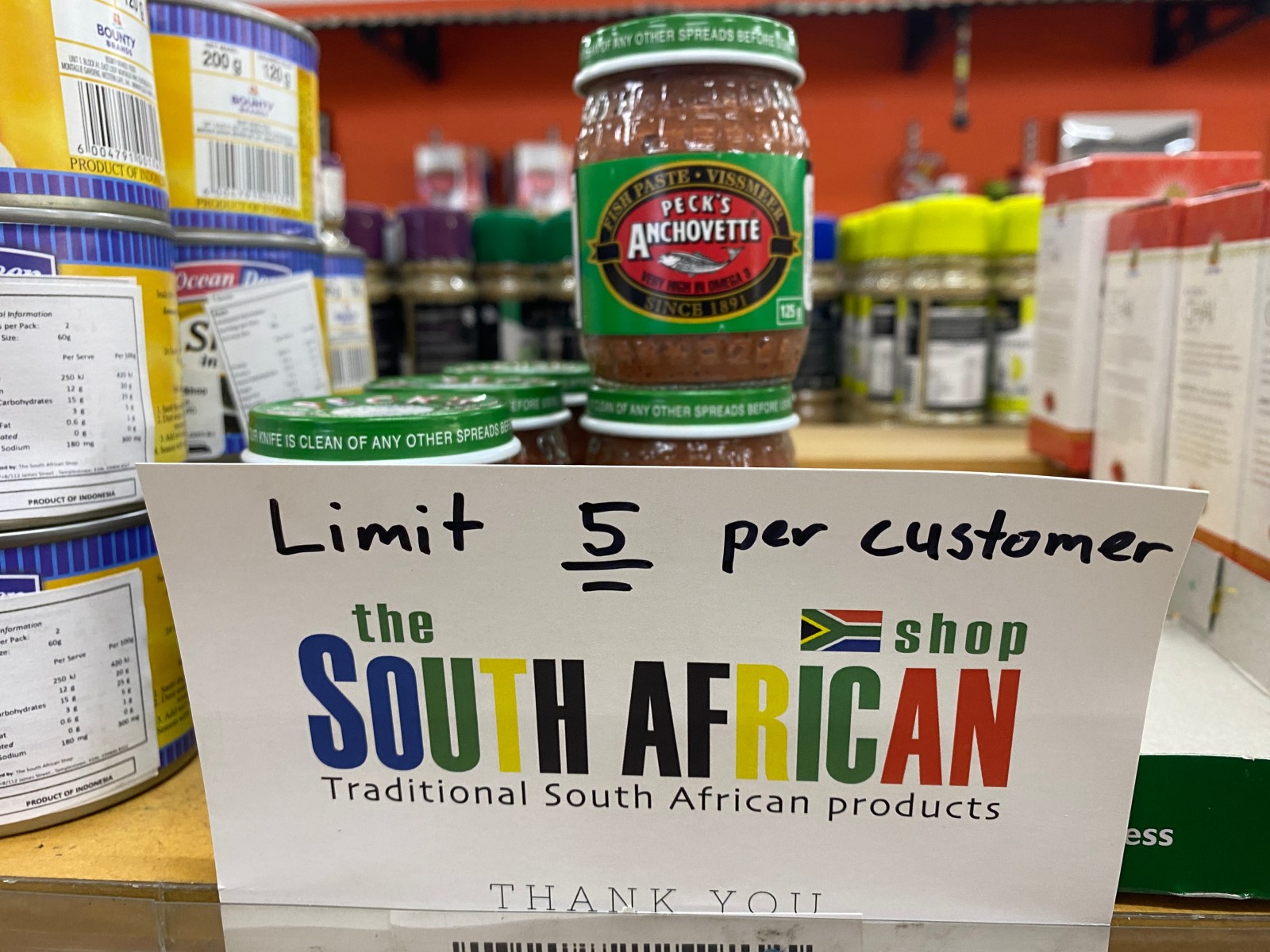 It was the pantry earthquake heard on the other side of the world: the news that Peck’s anchovy paste, the toast topping of the gods, would no longer be manufactured thanks to what they cravenly call changing consumer tastes.

Should news of this tragedy have eluded you, you can read all about it here, but to summarise: Pioneer Foods chose to stop making the fish paste late in 2021 as part of an abomination known in corporate speak as an “ongoing portfolio review”. South Africans, it had been surmised, “seem to no longer have an appetite for minced fish preserved in a jar”.

It’s in the Bible.

Fittingly, the outpouring from fish paste fans was immediate and not at all melodramatic given the stakes.

As Jeremy Maggs recorded in Daily Maverick here: “Mine was a childhood smothered in fish paste. And now the memory has been harpooned.”

And Bianca Coleman’s excellent analysis (complete with recipe) included the observation: “Anchovette, or fish paste, is a pungent spread – a bit like Marmite in its divisiveness, you love it or you hate it – and even those who have been eating it their whole lives will admit there can be long gaps between buying it. Which may have something to do with the decision to can the product.”

On this point myself and Ms Coleman, an old friend from my Cape Town days, must part ways. A third generation Australian I may well be but I defer to no one in my love for Peck’s, an affair I was thrilled to discover I could continue when I moved back home in 1999.

It is one of several oddities of the near-decade I spent in Cape Town that one of the Seffrican addictions I took home with me, and which I have quietly nursed for the ensuing 20 years, is a fondness for Peck’s. I fell in love with it in my 20s, living in Cape Town and spending far too many nights making merry in Long Street bars (some of them in the company, platonic I stress for the sake of her reputation, of Ms Coleman herself).

We never had Peck’s together, that I recall, but the spread soon found its rightful place in my kitchen repertoire. Which is to say, I would almost always eat it on toast when I staggered home from a pub or club thoroughly shickered. I came to swear by it as a hangover prophylactic, delivered to my gob in the wee hours atop white toast drowning in butter and Peck’s. If it isn’t a prophylactic, it at least proved a hangover-easer, and before long I would never be without it.

So it was with delight that when I returned home to live, I discovered Peck’s had made it big abroad, or at least this bit of abroad. I can’t speak for other countries, but unbeknownst to me it had somehow found its place amid the Vegemite jars in the aisles of Australian supermarkets. It’s still there, at the time of writing – a jar of it will set you back $2.70, or about R30 – but for how much longer I do not know. Perhaps there is a huge fish paste stockpile in an Australian warehouse somewhere that will keep my supply going for a while.

I will report back.

In the meantime, I set out to investigate the history and fate of Peck’s in these faraway parts. I did not have to go very far.

South African-themed food shops have long been a feature in Australia’s big cities, and in Sydney and my hometown of Melbourne there are several of them. I have two such grocery stores within a five-minute drive from home, and it was to one of these – The South African Shop, in the Melbourne suburb of Caulfield – that I pitched up this week to investigate the state of play vis-à-vis fish paste, and related matters.

The owner, Monica da Silva, was only too happy to oblige. Her story was similar to that of many South African migrants to these shores.

Monica and her husband had moved here from Johannesburg in the first decade of the century and, as expats do, found themselves missing the simple things.

“For me it was Grapetiser and for him it was Tennis biscuits. And obviously the biltong,” Monica told me. “We found a shop far away from where we lived that had Grapetiser for $5 (R55) a can – and we thought, $5!”

That got them thinking. What if they were able to import South African goodies and sell them at a half-decent price and give the local market exactly what it wanted.

“We were looking for something to do so we put an article in a newspaper to ask if there were any South Africans who were missing something, and what would they want if they could get it? And we got such a response,” she says.

“So we took our kids’ university funds, which wasn’t a lot but it was all that we had, and we opened this shop. And we’ve been living off it ever since.

“In the beginning it was 90 percent South Africans coming in, 10 percent others. Now I’d say it’s 60/40, even 50/50. Lots of people know about biltong now and also we’ve got lots of spices, especially Indian or Russian. And a lot of our products are kosher so a lot of Jewish people come in.”

And what of boerewors (another favourite of mine)?

“Yes, we have people come in and ask for the round sausage!”

A wander around The South African Shop is enough to make any expat’s eyes turn misty with memories. Rusks galore! Simba chips! Tennis biscuits! Wine from the Cape! Even soaps and laundry detergents. I suggest to Monica that much of what makes us tick as humans when it comes to food is the memory of it as much as the eating: we can summon tastes and textures and smells for the rest of our lives once they leave their mark.

She agrees that sixth sense – the emotional attachment to meals past – also spreads to other day-to-day items and habits.

“A lot of people want their kids to taste the foods that they had,” she says. “And it’s not just food. We’ve got a soap, Sunlight. A laundry soap you use to get tough stains out. And one of my customers said to me, ‘I have this in my cupboard because it reminds me of home’.”

And then, of course, there is Peck’s. It has pride of place on a shelf in Monica’s South African wonderland in Australian suburbia. And it stands out straight away, because it is the only thing in the shop with a special sign on it: “Limit 5 per customer.”

That was to prevent any quick buyout of the remaining stock once news of the product closure reached these shores. There are only a few dozen of the jars left in the storeroom, and Monica is trying to make the stock stretch as long as she can.

At least I think she is. One couldn’t rule out some mad fish paste fiend throwing $1,000 – that’s about R10,000 – to get the last supply of the good stuff, the pungent dark red gold in the famous green jar. Stranger things have happened.

Now if you’ll excuse me, I’m off to save my pennies and make some toast. DM/TGIFood