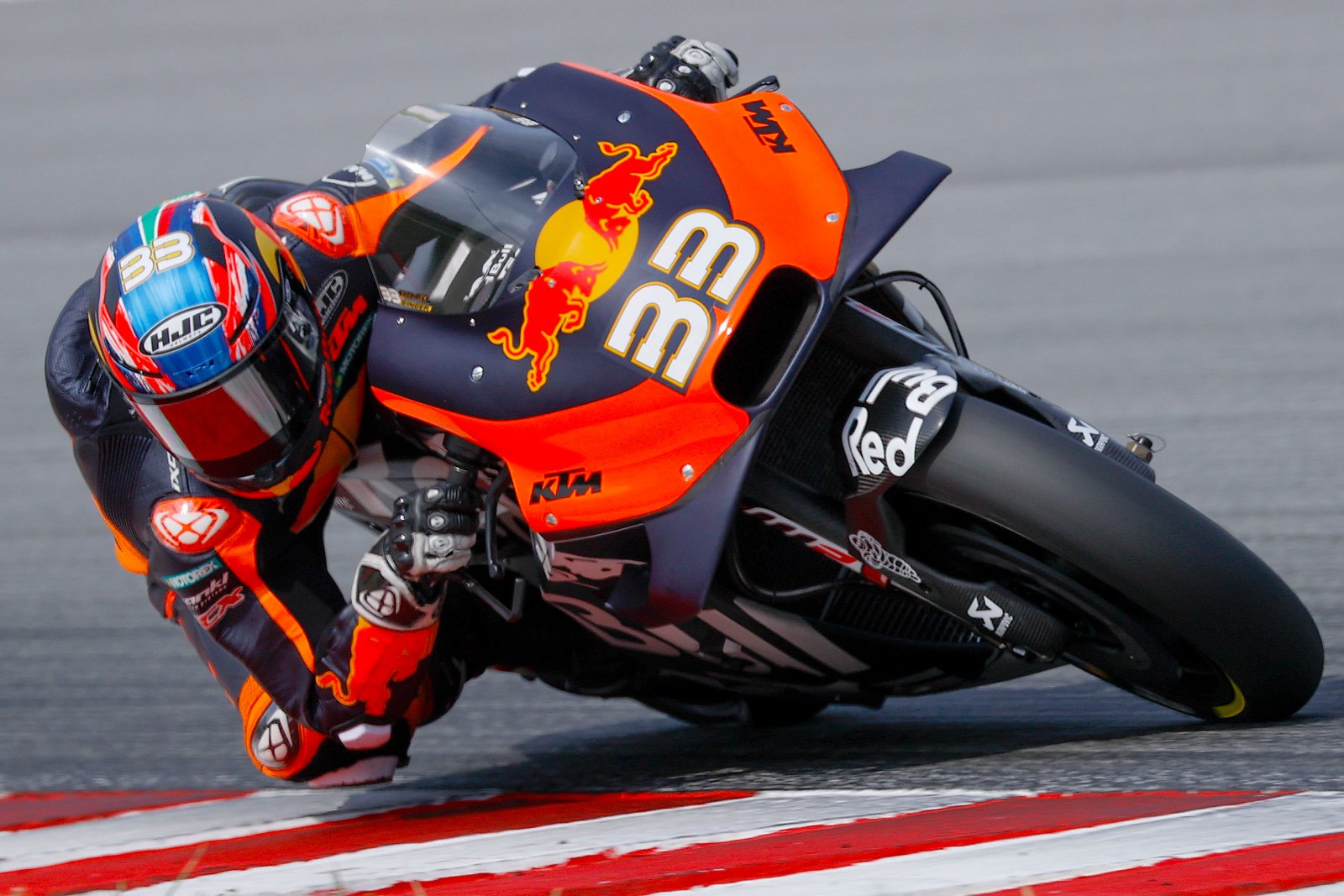 South Africa’s Brad Binder starts the 2022 MotoGP season as a contender for the world title, after two seasons of honing his craft in the big league.

On Sunday, Qatar hosts the opening MotoGP race of the season, in an increasingly uncertain world. For Brad Binder, South Africa’s Red Bull KTM rider, there are high expectations.

Binder, 26, will start his third season in the sport’s elite category on a bike that has shown pre-season signs of being good enough to make him a realistic title contender.

Binder was named Rookie of the Year in 2020 and has won two Grand Prix events in his first two seasons in MotoGP. He finished sixth in the title race in 2021, following eleventh spot in 2020. It’s a decent body of work and his trajectory is heading in the right direction. Now that he has graduated from the rookie class, it’s time to compete for the title.

And the first step in that battle is to ensure he qualifies high up the grid on Saturday, which is why pre-season testing has left the Red Bull KTM rider in a happier space than the same time 12 months ago.

That lack of single lap pace hurt Binder in qualifying in 2021, and he was more often than not on the third row of the grid or fourth row of the grid. It’s virtually impossible to fight for a podium from that far back.

“In the testing, we were stronger in the one-lap pace, so I’d like to think qualifying is not going to be such a big issue this year,” Binder said.

In pre-season testing in Malaysia and Indonesia, Binder came away happier, despite some minor hiccups in the sessions. “The first test in Sepang was very difficult for me,” Binder said. “It was a two-day test and after not being on the bike for more than two months, it takes a while to get your speed and feel. The second day it rained so we only had a morning session, which was very frustrating and put us behind schedule.

“But we learnt enough to know where the bike needed improvement, and from there we moved on to Indonesia for a three-day session and a new track for everyone.

“On the first day, the track was dirty, it wasn’t easy to ride properly or really test anything, so that was difficult. But I was quite a lot faster, finishing third on day one.

“On day two, the track was better and I was first almost the entire day until my chain jumped off on the last run with a soft tyre. Because of that, I wasn’t able to do a time attack on my previous best run, but it was a good day.

“On the final day, I was close to the top five again, so we definitely have single-lap pace, which we battled with last year. It’s good to see we made improvements in that area and now we need some time to find the best package.

“The base of the bike is different, and it will take time, but we are already a lot quicker. I’m confident that we will be a lot more competitive this year.”

Qatar is the first of 21 races in a full schedule for the first since 2019.  Because of the length of the season and the punishing schedule, Binder has gone to even greater lengths in the off-season to prepare physically for the challenge.

“The big thing is to come into the season as fit as you can be and maintain it during the season,” Binder said. “You spend so much time travelling, and it’s so easy to burn yourself out and rock up on a race weekend feeling a little flat.

“So, I have got a trainer with me this year. He is going to be watching those things and making sure I stay in good zones, good areas.

“His name is Darryl Fitzgerald. He is a South African guy. He is also an ex-motocross rider. He understands the sport and he understands how racing is. It’s exciting. I feel like I have never been in such good shape.

“The first race in Qatar is always a little bit up and down. I am sure when we get back to Europe, things will settle down and everything will fall into place.

The 2022 season will be the first in a generation without flamboyant Italian Valentino Rossi in the lineup. Six-time world champion Marc Márquez is back and fully fit, after spending the first part of the 2021 campaign overcoming the effects of a serious accident in 2020.

Reigning world champion Fabio Quartararo starts as 2022 favourite, but the reality is that the title race is as wide open as ever. Marquez no longer holds the rest of the paddock under his grip and the stage is open for others to shine.

In pre-season testing, the results were staggeringly close between the 24 riders, with just over a second covering first to last. If anything, it promises to be a season of close racing.

“It’s going to be an insane year. The times are as close as ever and things are super competitive,” Binder said. “I expect a little bit of Moto3-style racing on Sunday, it’s going to be super-cool to watch, so let’s see how it pans out.” DM