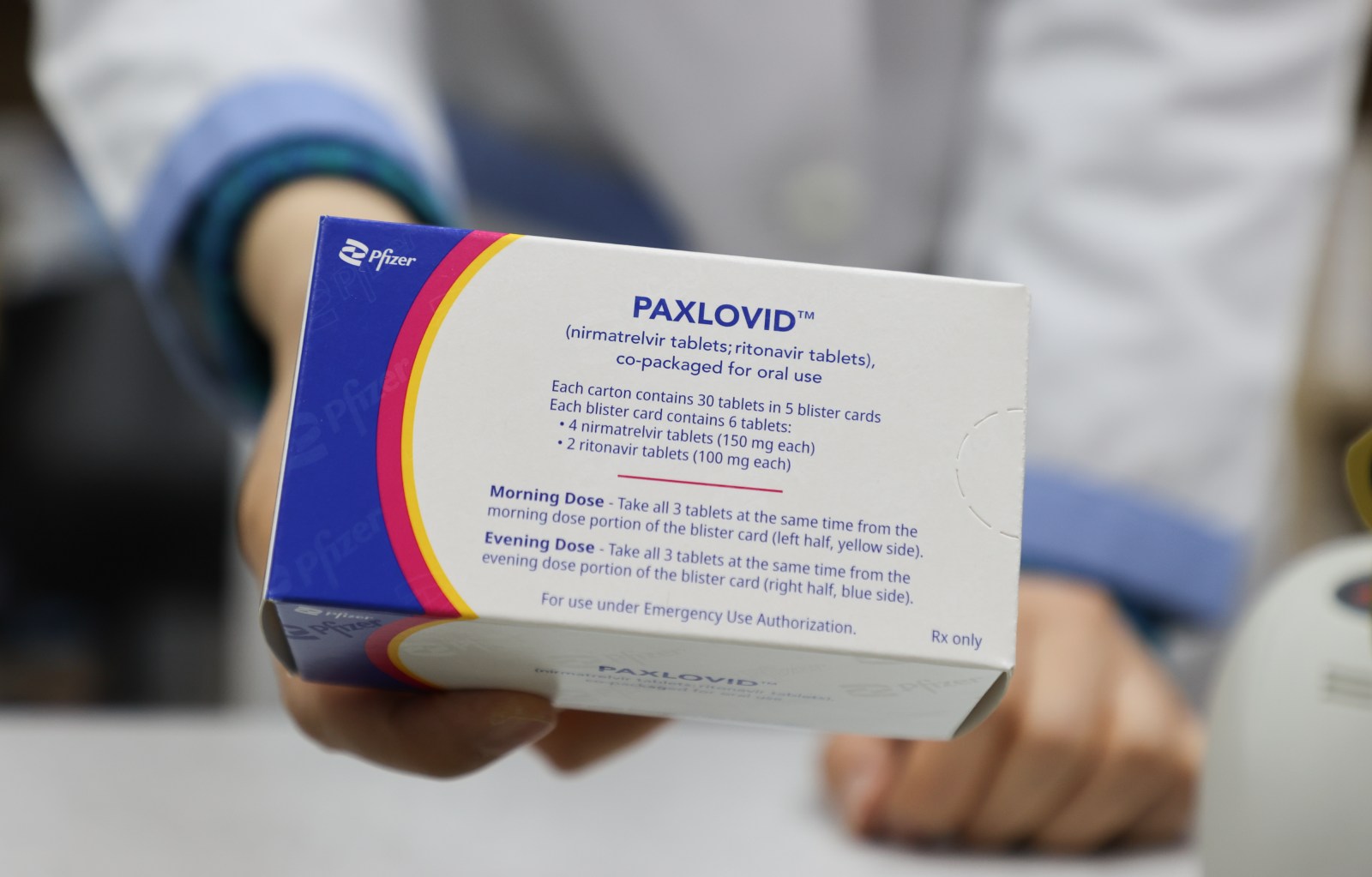 A pharmacist displays a case of Paxlovid, a COVID-19 treatment pills developed by Pfizer Inc., at a drugstore in Seoul, South Korea, 21 February 2022. The age restriction on the administration of the pills to those with underlying diseases was lowered to 40 from 50. EPA-EFE/YONHAP SOUTH KOREA OUT

March 2 (Reuters) - Pfizer Inc PFE.N is expected to provide around 10 million courses of its highly effective COVID-19 antiviral treatment Paxlovid to low- and middle-income countries this year, according to an official with the Global Fund, a healthcare NGO working to buy the pills from the drugmaker.

The Fund’s head of strategy for policy, Harley Feldbaum, said Pfizer had committed to at least that many doses and could increase shipments later if organizations involved show they are able to distribute the pills well, noting most will be available toward the end of the year.

“That’s obviously not enough or sufficient” to meet the need in those countries, said Feldbaum, during an online meeting of non-government organizations (NGOs), activists and academics hosted by influential consumer advocacy group Public Citizen.

It is unclear whether there is funding available globally to buy the pills and pay for the infrastructure necessary to distribute them.

Pfizer has said it will charge less for the drug in lower income countries, but has not disclosed a price. For wealthy countries, it said it plans to charge around $700 per treatment course – though its U.S. deal priced Paxlovid at $530.

“We are working with the ACT-A partnership on supply of Paxlovid for low- and lower middle-income countries as part of our commitment to equitable access for the COVID-19 oral treatment,” Pfizer spokesperson Kit Longley said in a statement without providing details.

The Global Fund is part of the Access to COVID-19 Accelerator partnership (ACT-A), an effort by governments and NGOs like the World Health Organization to procure tests, treatments, and vaccines for lower income countries.

Pfizer has said it plans to produce at least 120 million courses of the two-drug treatment this year. That falls well short of the company’s estimate of the 2022 market for antiviral pills of 250 million people globally.

Paxlovid is expected to be a key tool in treating COVID-19 after it reduced hospitalizations in high-risk patients by around 90% in a clinical trial. The results were significantly better than those from a clinical trial of Merck Inc’s MRK.N rival oral antiviral molnupiravir.

Pfizer has signed contracts for close to 30 million courses already, almost entirely to high income countries, according to Knowledge Ecology International. The United States has secured 20 million courses of the drug.

Last month, Pfizer said it expects at least $22 billion in sales of Paxlovid this year, based only on currently signed contracts, noting that the figure could climb much higher as more deals are signed.

The 10 million treatment courses destined for lower-income countries is “nowhere near enough,” Peter Maybarduk, director of Public Citizen’s Access to Medicines program, said in an email.

“Indeed it’s a frustratingly small portion of a frighteningly scarce supply that fails to learn from the lives lost and the moral catastrophe of vaccine inequity over the past year,” he said, referring to early COVID vaccine supplies that were scooped up by richer nations.

But Pfizer and MPP do not expect any of the generic drugmakers to be able to manufacture significant supply of the drug by year end.

MPP expects to announce in mid-March which generic drugmakers have signed agreements to produce the treatment.

(Reporting by Michael ErmanEditing by Caroline Humer and Bill Berkrot).