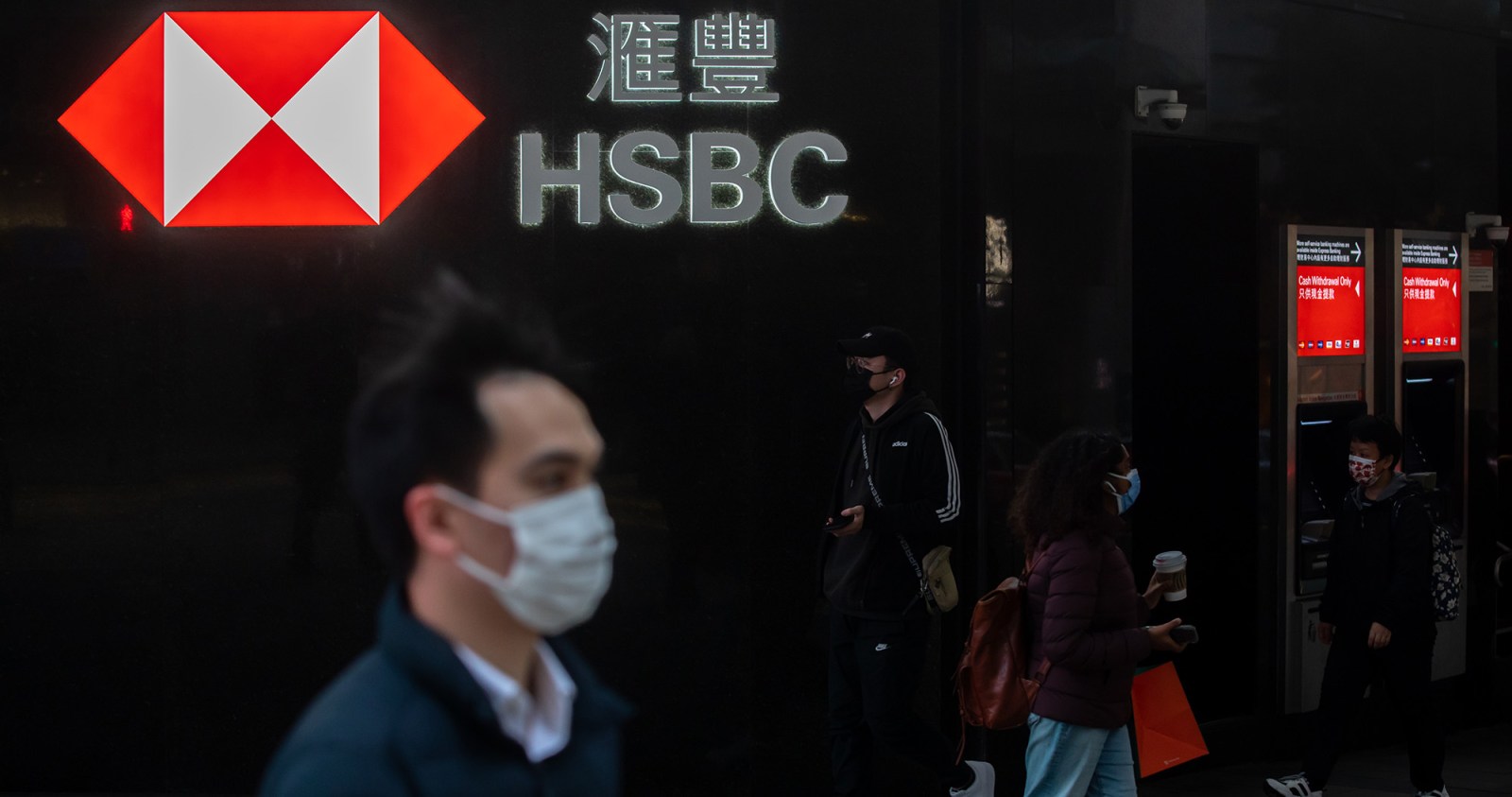 Hong Kong reported a record of more than 55,000 daily new infections as the city’s spiralling outbreak sees thousands of residents flee while those remaining strip shelves of food and medicine. Chief Executive Carrie Lam said there won’t be a “wholesale” lockdown during a compulsory testing blitz, but offered no details.

New Zealand police used riot gear and water cannons to forcibly eject anti-mandate protesters who had occupied the grounds of Parliament for weeks. 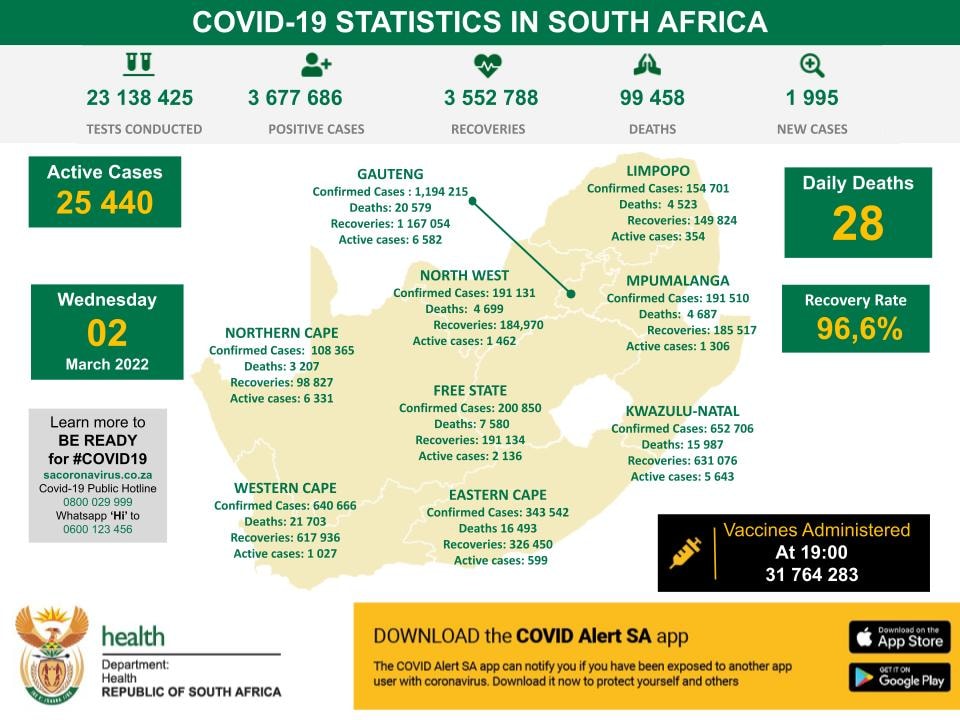 Health officials offered more details on the administration’s National Covid-19 Preparedness Plan at an event on Wednesday, the first press briefing that saw Biden’s senior health aides gather maskless, in-person and sitting side-by-side in a symbolic nod to diminishing risks. The plan will require near- and long-term funding, the officials said, without specifying amounts.

In his Tuesday evening State of the Union Address, Biden said the administration would launch test-to-treat centres at pharmacies, where people can immediately receive Covid-19 antiviral therapy if they test positive. He also announced an expanded supply of Pfizer’s Paxlovid pills for this month and said US households would soon be able to order another free batch of tests from the government.

Greece will end the compulsory wearing of masks in outdoor spaces starting on March 5, Health Minister Athanasios Plevris said. The government strongly recommended continued use of masks in crowded outdoor areas as well as by people who are at risk of serious illness or are unvaccinated, he said.

In Turkey, Health Minister Fahrettin Koca announced the easing of social-distancing measures after a meeting of the Coronavirus Science Board. Masks won’t be mandatory outside, or indoors if air conditioning is adequate.

Masks are no longer required indoors at the Pentagon based on the new Centers for Disease Control and Prevention guidelines, although people will still be allowed to wear them if they choose to.

The Pentagon also shifted to a health-protection level that allows larger gatherings and more options for seating in the food court.

China, the last major country to stick with a zero-tolerance approach to Covid, is exploring ways to loosen controls, the Wall Street Journal reported, citing people familiar with the matter.

Officials are looking into the use of travel bubbles, collecting data on new antiviral drugs and scouting sites abroad for future production of homegrown Chinese messenger RNA vaccines, the newspaper said, citing the people.

Rates of anxiety and depression rose by about 25% worldwide in the first year of Covid, another indication of the widespread harm on mental health inflicted by the pandemic.

Young people were at the greatest increased risk of suicide and self-harm, and women bore the brunt of the emotional and psychological burden, according to a report from the World Health Organization. People with chronic conditions such as asthma or cancer were also more likely to develop symptoms of mental disorders during the outbreak.

China’s southern technology hub Shenzhen is ramping up testing measures as an outbreak continues to swell. Municipal authorities require all subway passengers to provide negative test results within the past 48 hours before using public transportation, according to a statement from the city’s subway operator.

Shenzhen reported 25 locally transmitted infections on Tuesday, according to the National Health Commission, while Guangdong province accounted for 32 cases of the country’s total 71.

The vaccine has been widely used in China under an emergency approval granted in 2021. The shot was found to be 78% effective against the Delta variant and 82% effective against Covid-19 of any severity in a Phase III clinical trial, Zhifei said in a stock filing in August.

Germany is first to meet WHO funding request

Germany became the first country to pledge all the money requested to fund a WHO programme that provides vaccines, treatments and medical equipment to low- and middle-income countries, contributing $1.22-billion to the effort.

WHO chief Tedros Adhanom Ghebreyesus has said the $16.8-billion needed to deliver Covid-19-fighting tools to low- and middle-income countries to end the pandemic this year represent “a rounding error” for rich nation’s budgets.

Only six countries – Canada, Germany, Kuwait, Norway, Saudi Arabia and Sweden – met or exceeded their fair-share commitments to the 2020/21 program budget. The US, which is the biggest donor, contributed about 64% of its fair share last year and China, the second-largest, contributed about 3%. The Russian Federation didn’t provide funds.

After more than a week out of the public eye, Hong Kong leader Carrie Lam gave a televised interview from a railway yard after a trainload of supplies arrived. China will ensure the city has enough food and other supplies, Lam said, urging residents to stop panic-buying.

But she acknowledged that there won’t be enough beds to isolate everyone found to be infected, and didn’t clarify how the mass testing will be conducted and when. The information vacuum has fuelled fears and panic-buying in Hong Kong, which has one of the deadliest outbreaks in the world and is facing the limits of a Covid Zero strategy in the face of more transmissible variants like Omicron.

What we know about Hong Kong’s likely Covid lockdown: QuickTake

“It is totally understandable for members of the public to feel anxious and worried,” the government said earlier in a statement. But it urged against “succumbing to unnecessary fear and irrational behaviour”.

Protesters engaged with New Zealand police near Parliament’s main gates, hurling cobblestones torn up from the footpath at officers with riot shields. Police are using fire hoses to push back the demonstrators.

At least 65 people have been arrested and police said they are intent on ending the protest.

HSBC Holdings will require all staff, contractors and third parties to have a valid vaccine pass to enter its Hong Kong offices from March 28, according to a memo on Wednesday. The new requirement won’t apply to customers entering branches.

Pfizer will provide the US with enough treatment courses of its Covid-19 antiviral pill for one million people in March, a Biden administration official said. That’s up from a previously scheduled monthly allotment of 650,000 courses.

Bearish bets against the city’s shares have climbed to records and the benchmark Hang Seng Index is near a two-year low. Residents are converting the local currency into China’s yuan at the fastest pace in more than a decade, while the Hong Kong dollar is moving toward the weak end of its trading band against the greenback.

Amid the damage to the city’s reputation as a financial centre, the Hong Kong Monetary Authority told finance executives that it’s lobbying the government to halve hotel quarantines to seven from 14 days, people familiar said.

Delivering his first State of the Union Address, President Joe Biden said Americans need to return to their offices after working at home during the pandemic. The vast majority of federal workers will once again work in-person, he said.

“It’s time for Americans to get back to work and fill our great downtowns again,” he said, according to the text of his speech. “People working from home can feel safe to begin to return to the office.”

South Korea’s daily new infections reached 219,241, topping 200,000 for the first time, according to the Korea Disease Control and Prevention Agency. There were 96 deaths, bringing the toll to 8,266.

The fatality rate has fallen sharply, from 0.88% before the Omicron-led surge to 0.24% on Wednesday. However, contacts are expected to increase as in-person schooling starts this week, with presidential elections next week.

Japan may further open up

Japan on Tuesday announced an easing of some of the developed world’s most stringent virus border measures, but the cap on arrivals is so low it will take months to clear the backlog of roughly 370,000 visa-holders waiting for entry.

New York City will end its main contact-tracing programme for the coronavirus next month because of a new federal recommendation, the New York Times reported, citing a city official.

The move also comes in response to widespread vaccination and a slump in infections. DM/MC