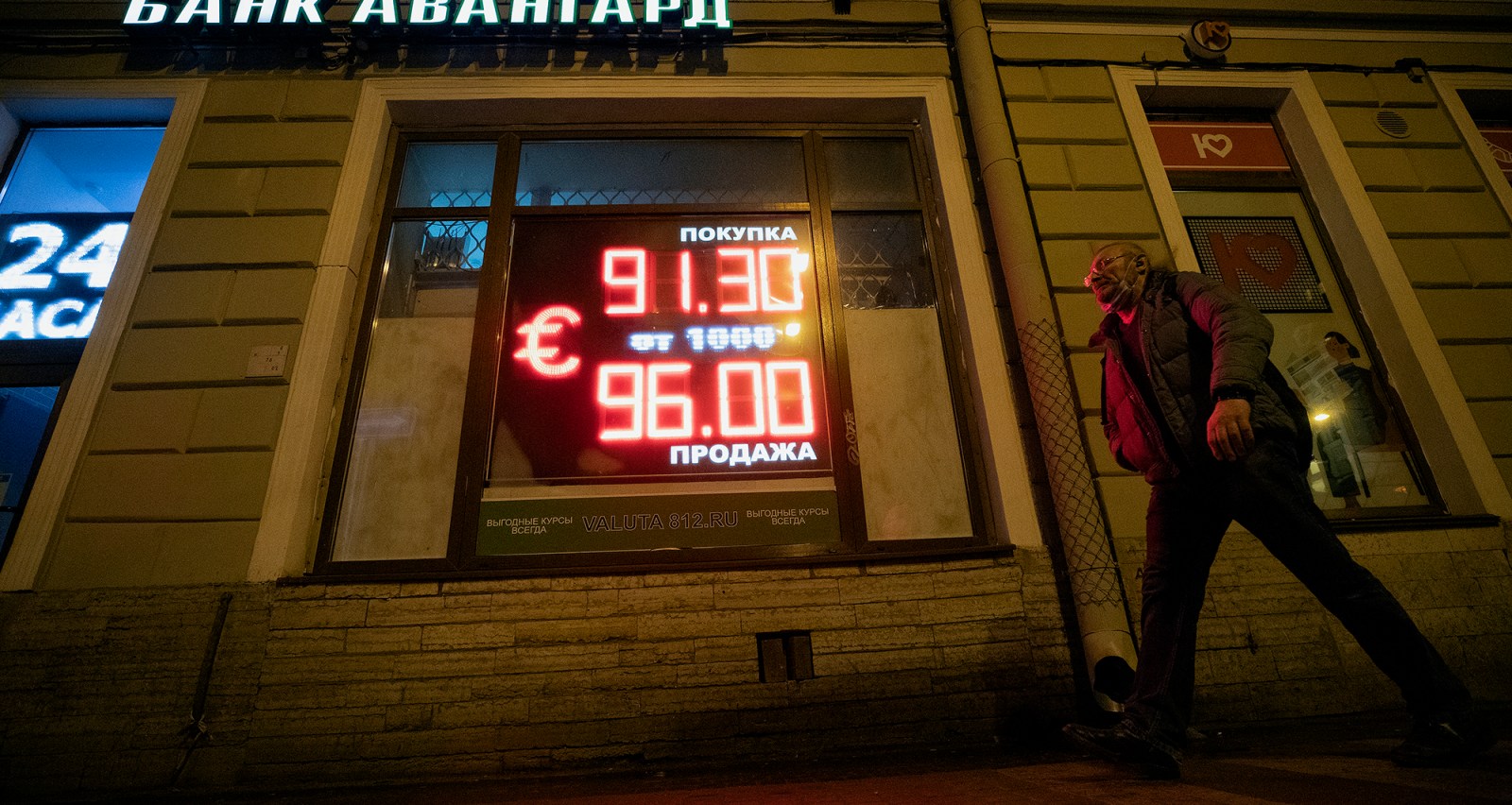 The West’s extraordinary decision to freeze the Russian central bank’s foreign reserves located in its jurisdictions puts the country in an extremely precarious financial situation. However, it’s not likely to stop what promises to be a grim war and may well result in the end of the global financial order as we know it.

The Western world hit Russia where it hurts when it froze its central bank’s foreign reserves held in the countries imposing the sanctions and, in so doing, removing a crucial financial backstop for the country.

Russia has about $630-billion in reserves — a hefty balance that would ordinarily provide critical internal funding to an economy that is already facing extremely tough financial and economic times as a result of the sanctions already imposed after Putin invaded Ukraine.

The directive bringing the Bank of Russia’s foreign reserves into the sanctions net was enacted by the US and supported by the European Commission, France, Germany, Italy, the UK and Canada on 26 February.

Other sanctions that have been imposed include freezing the assets of the ultra-wealthy oligarchs, Putin and his foreign minister, and removing some of the country’s banks from SWIFT, a global messaging system that facilitates cross-border global payments ranging from export and import payments through to transferring money and credit card payments.

According to Quartz, in February this year, 82 million messages were shared across SWIFT’s 11,000 bank membership base in 200 countries.

However, it’s the sanctions on the central bank foreign reserves that are most extraordinary because they effectively withhold Russia’s sovereign and ownership rights to their assets in the jurisdictions in which they are held, and there’s debate about what impact this could have on the trust that is the lifeblood of the rules-based international financial system.

Although the West has gone further than ever before by taking this step, analysis to date suggests that even these are unlikely to deliver a killer blow to what looks set to be a long, protracted war.

The impact on a Russian economy that has been wracked by previous sanctions — but learned to live with them — is still likely to be severe. The news of these hard-hitting sanctions prompted a run on Russian banks and saw the rouble lose 30% of its value and the Russian stock market close in the wake of the news. In response, the central bank raised the policy rate to 20.5% from 9.5% and imposed capital controls, requiring exporters to sell 80% of their export proceeds at the open market.

The full might of the sanctions will not be felt on all of the central bank’s reserves because Russia has deliberately reduced its reliance on Western developed countries’ financial markets since the Crimean war in 2014, by de-dollarising a substantial proportion of its reserves.

In a white paper on the Russian sanctions released this week, the International Institute of Finance (IIF) says Russia now has more gold reserves than US dollar-based reserves, with gold comprising more than 20% versus the dollar’s 16% share at the end of June 2021 — down sharply from 43% in 2014.

In shifting reserves to the East over the past eight years, some 13% of Russia’s reserves are now denominated in Chinese renminbi, compared with zero in 2014, and about 10% of its reserves are held in Japan.

However, a significant proportion of Russia’s foreign reserves are held in Western banks and thus will now be completely inaccessible to the central bank as a result of the sanctions.

The IIF estimates that some 40% to 50% of the central bank’s reserves reside outside Russia and within the sanctions net. According to Oxford Economics, up to $300-billion could be tied up at foreign banks — aligning with the IIF estimate.

Japan’s decision to freeze Russia’s reserves on Tuesday adds to the impact these sanctions will have on the country’s financial system and, ultimately, its economy.

China, which hasn’t picked sides yet, is not expected to join those behind the sanctions but is beginning to voice concerns about the impact on civilians by what it has now acknowledged is a war.

IIF believes freezing the bank’s assets will significantly impair the central bank’s ability to supply US dollar liquidity to the economy, saying, “The Central Bank of Russia (CBR) will be forced to hike interest rates significantly as rouble depreciation passes through to already elevated inflation, impose strict capital controls and declare a bank holiday.”

However, Tatiana Orlova, lead emerging market economist, says the bank could still use its gold holdings, which were valued at $133bn at the end of January, to unlock liquidity in its financial system.

“We assume that all gold bullion owned by CBR is held in its vaults,” says Orlova. “In theory, the CBR could swap gold for US dollars or US treasuries with other central banks that have ample holdings of US-denominated assets.

“It remains to be seen, however, whether other central banks (for example, the People’s Bank of China) would be prepared to offer help to the CBR given the threat of retaliatory measures by the US.”

Another option the Russian government could pursue, she says, is offering rouble-denominated deposits to compensate deposit holders for their losses incurred as a result of domestic currency depreciation, a scheme Turkey recently used to ease liquidity constraints.

Beyond these short- to medium-term ramifications for international financial markets, the longer-term outcomes are more worrying. Russia is set to further retreat into its so-called fortress economy, likely turning its back on the Western financial system and structures and fast-tracking the financial initiatives it has already been putting in place that will significantly reduce its dependence on the West.

Russia already has its own version of SWIFT that it could expand and rely upon in the future; it could shift its reserves out of dollar-, euro- and UK-denominated assets completely, and the government could bring forward the timeline it is working towards in introducing its digital rouble currency, which is currently being piloted.

The impact of these measures on the global financial system could be material — but even more so if China allows Russia to link its global messaging system into its own, and proves itself to be a trusted harbour for the bulk of the central bank’s reserves.

In that event, sanctions that are now considered unprecedentedly stiff would have little effect at all. BM/DM