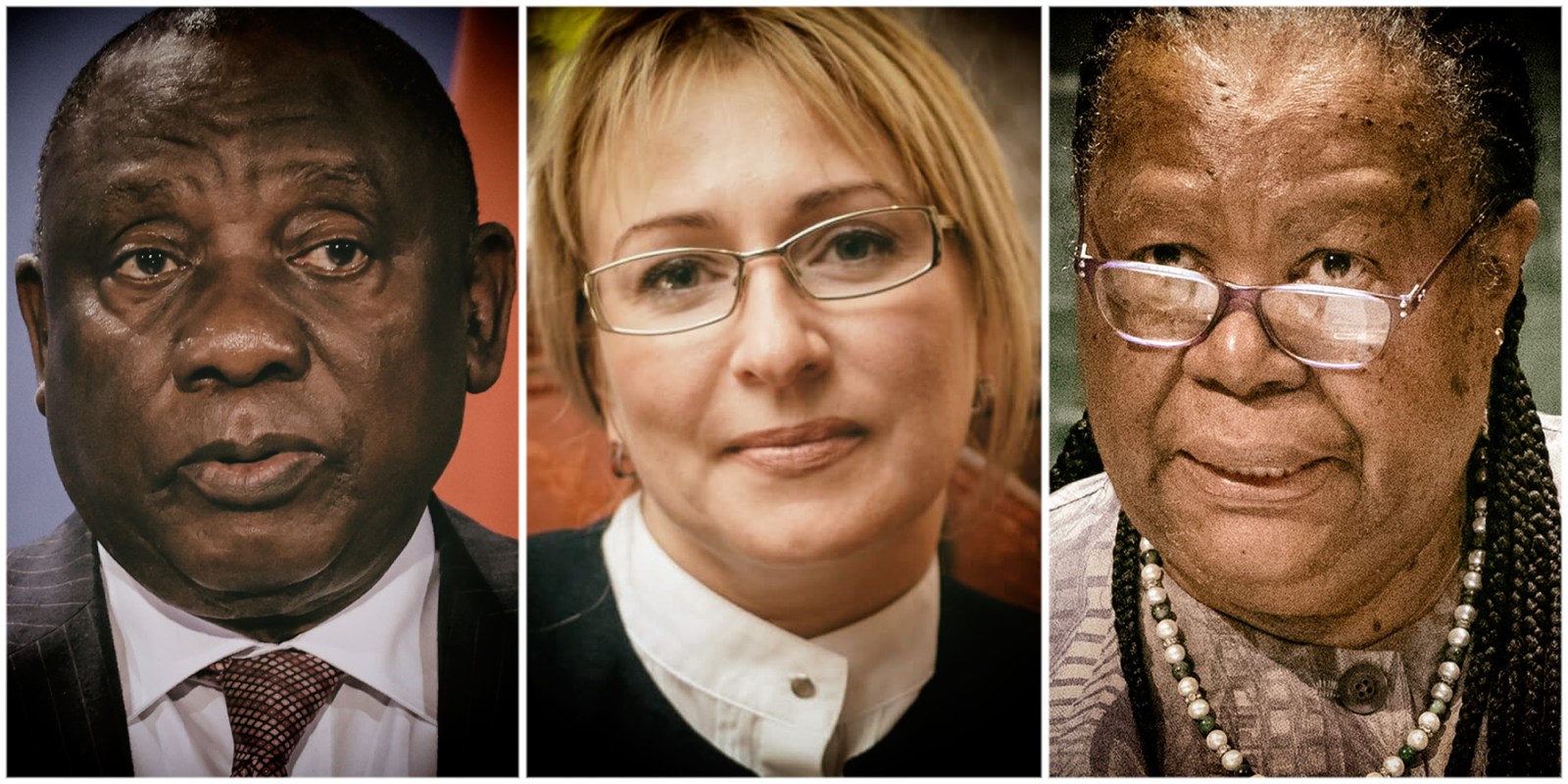 South Africans have been divided on Russia’s decision to send tanks and shoot missiles into Ukraine, an act that has not only violated international law but also the UN Charter and Ukraine’s right to sovereignty.

The DA-led City of Cape Town shone the colours of the Ukrainian flag on its City Hall on Wednesday night in solidarity with that country, even as South Africa abstained from the vote on a United Nations resolution opposing “aggression against Ukraine”.

South Africans have been divided on Russia’s decision to send tanks and shoot missiles into Ukraine, an act that has not only violated international law but also the UN Charter and Ukraine’s right to sovereignty.

The divisions generally follow party lines, but some parties, like the governing ANC, are internally divided over the matter. Division in international relations matters, however, generally do not follow factional lines, a party insider said.

He said many in the ANC feel that the Nato countries should have respected an earlier agreement with Russia about not expanding into Ukraine, and also agree with Russia’s view that the Ukrainian government was engaged in the persecution of ethnic Russians and Russian-speaking citizens in the east of the country.

The ANC also believes that the toppling of former President Viktor Yanukovych in 2014 after popular uprisings was a coup d’état.

“At the same time we are against the methods used by Russia, of bombardments and of killing civilians in an effort to right that wrong,” he said. “They must be using peaceful means.”

There are also some in the ANC, but they are a minority, who recognise that Ukraine, which was part of the Soviet Union until 1991, had served the ANC in the Struggle as much as Russia did, and deserved more support. They also believe the country’s sovereignty should be respected and that South Africa should show more solidarity with Ukraine.

International Relations Minister Naledi Pandor is likely to be one of those who hold these beliefs. On the second day of hostilities, she released a statement condemning Russia’s actions and calling for the withdrawal of its troops, but President Cyril Ramaphosa subsequently issued a more neutral statement without explicitly withdrawing Pandor’s statement.

The Ukrainian ambassador in Pretoria, Liubov Abravitova, said she hadn’t received any words of support from the ANC, although a number of South African citizens had sent flowers and words of encouragement. Abravitova is due to share a platform with DA MP Darren Bergman to speak about why the South African government should take a stand against the Russian government.

Another ANC insider said the UN General Assembly vote of Wednesday night was “neither here nor there”, and what is more important is what will come out of the UN Security Council in the latter half of the week.

“If we are forced to make a decision between a resolution sponsored by the [US] and the EU, we would rather abstain,” he said.

It is, however, unlikely that the Security Council will pass any decision that Russia doesn’t like, as the five permanent members, of which Russia is one, have a power of veto.

“The next step is to appoint a panel of eminent persons to start the process of finding a global political agreement on Ukraine,” the ANC insider said.

He also said the ANC had rallied friendly and fraternal parties to support its position on the resolution. China, India, and Cuba were among the countries that chose to abstain, as did Zimbabwe, Tanzania, Mozambique and Namibia – all of which are governed by parties that the ANC considers as allies and former liberation movements. Senegal, which holds the chair of the African Union this year, also abstained from the vote.

The DA’s spokesperson on international relations, Darren Bergman, said on Wednesday that there had been several calls for South Africa to use its position in the BRICS group of countries and its proximity to President Vladimir Putin to help de-escalate the rising tensions.

“This has been an opportune time for the ANC to reclaim lost space in the international arena by making some positive gains from a series of blaring blusters,” he said.

The deputy international relations minister, Candith Mashego-Dlamini, was asked in the National Assembly on Wednesday whether the ANC was not sitting on the fence about the matter.

“I want to indicate that as South Africa we stress that peace is built through diplomacy and dialogue within the framework of the institutions of global dialogue, the UN,” she said.

“It is important for all nations to respect and uphold the principle of international law, including the international humanitarian law and the provision of the UN Charter.”

The EFF has not issued a statement on its viewpoint, but one of its MPs, Mbuyiseni Ndlozi, earlier said that Africa should not take sides.

He tweeted that the continent should adopt “a strict policy of Non-Alignment in light of the NATO-Russia war”. He also called for peace and co-existence.

He hinted that Ramaphosa might still choose to change South Africa’s viewpoint on this, “least [sic] he gets involved, even if by mistake as Zuma did with Libya”.

This is in reference to South Africa’s support for UN Resolution 1973 in 2011 which led to the assassination of Libyan leader Muammar Gaddafi. The then President, Jacob Zuma, said the resolution, which was meant to create a no-fly zone over Libya to protect civilians, was abused for regime change, political assassinations and foreign military occupation. DM