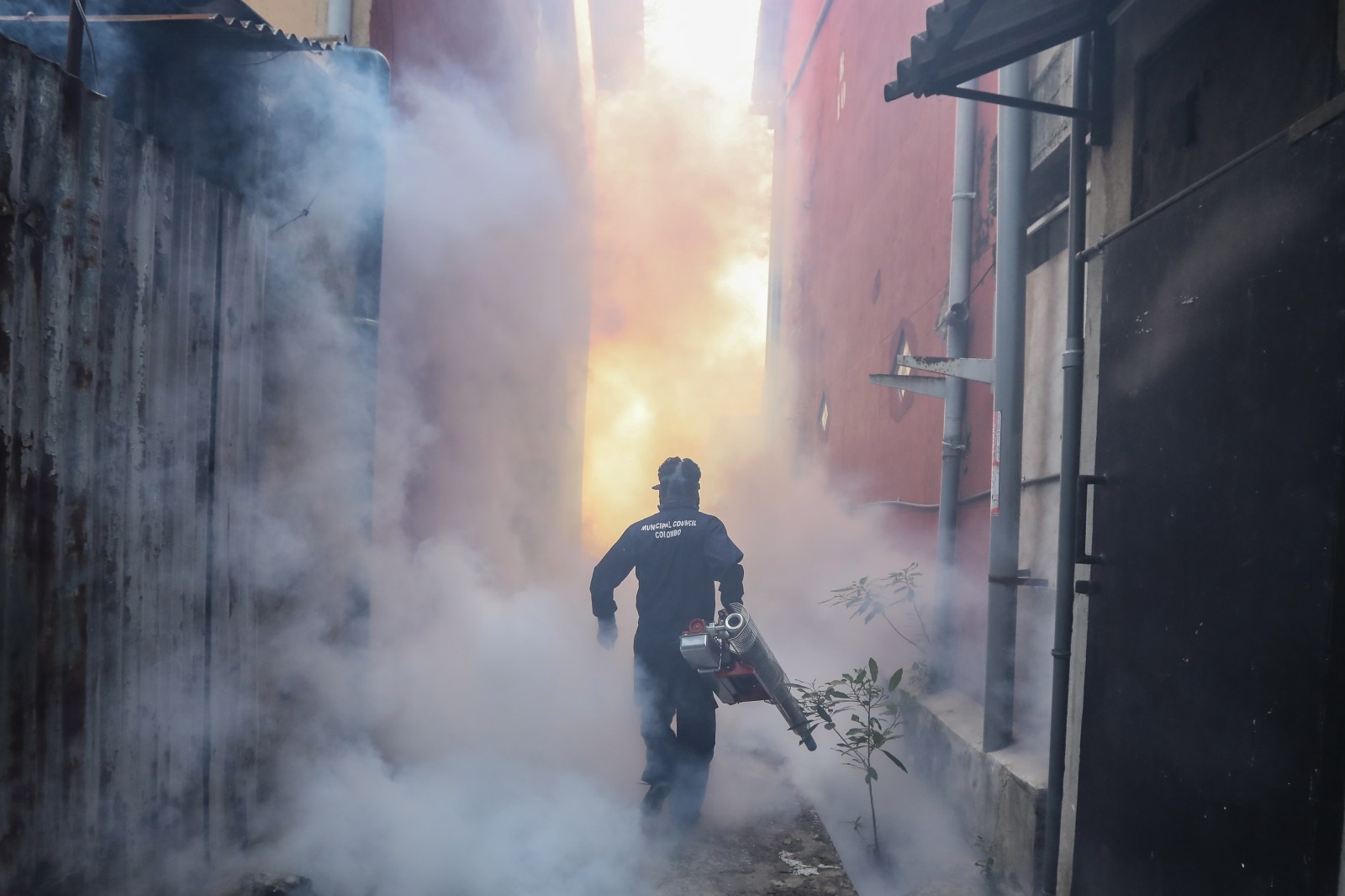 epa09766164 A Sri Lankan health worker fumigates insecticide to curb mosquito breeding in an attempt to control dengue fever in Colombo, Sri Lanka, 17 February 2022. Official figures show that over 8,000 people got infected with dengue in the first two months of 2022. Approximately 42 percent of the dengue cases were reported from the capital Colombo and the city's suburbs. Sri Lankan Health officials say they have issued a red alert to 60 areas in Colombo, Gampaha, and Kalutara districts due to a high risk of the spread of dengue. Authorities have also advised the public to seek immediate medical treatment if the fever persists for more than 48 hours. EPA-EFE/CHAMILA KARUNARATHNE

NAIROBI, March 2 (Reuters) - Covid-19-related restrictions on people's movements and interactions may be linked to a sharp decline in cases of mosquito-borne dengue fever in 2020, offering new insight into how it might be controlled, according to a study.

The study in the Lancet Infectious Diseases journal found nearly 750,000 fewer cases of dengue than were expected occurred globally in 2020, when the coronavirus pandemic began.

The study’s results are surprising, senior author Oliver Brady said, because they show a significant drop in dengue cases when people could not freely leave their homes to visit other places, such as schools.

Dengue is not transmitted human to human, but only by the Aedes mosquito, which bites during the day. However, scientists had previously thought that most transmission happened in and around homes, rather than elsewhere.

“It was a strange trend that we didn’t expect – a surprising result that opens the doors to thinking about conducting more detailed trials of interventions,” said Brady, associate professor at the London School of Hygiene and Tropical Medicine.

New approaches to controlling the disease, including insecticide spraying in classrooms and contact tracing to understand where infected people have recently visited, could now be tested, Brady suggested.

Dengue is a viral infection that causes fever and other flu-like symptoms, though severe cases may involve internal bleeding and be life-threatening.

The study examined data from 23 countries in Latin America and Southeast Asia where dengue is endemic.

The World Health Organisation says the global incidence of dengue is growing dramatically and estimates around half of the world’s population is at risk of contracting dengue. While an estimated 100 to 400 million infections occur each year, more than 80% are mild and asymptomatic.

Philip McCall, a professor at Liverpool School of Tropical Medicine who was not involved in the study, said the findings were important and required further investigation, “because dengue is the disease of the 21st century” as it spreads further north as a result of climate change.

The study’s authors acknowledged some of the limitations of the study, including that the pandemic may have disrupted reporting of dengue cases, and noted that cases did rise in some locations.