Activists urged to reimagine civil society and the fight against inequality 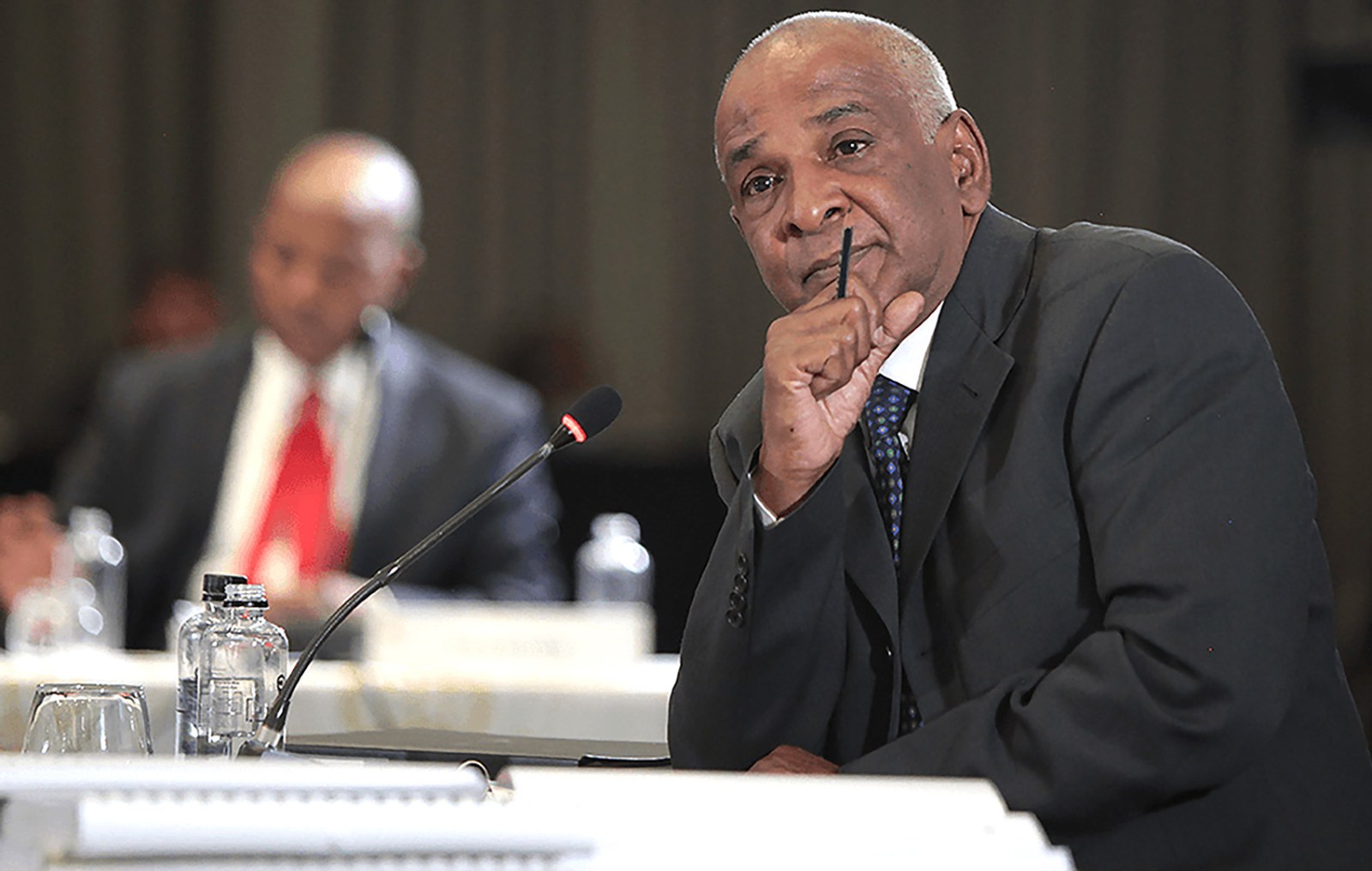 In a seminar this week, Constitutional Court Judge Jody Kollapen recalled how during the apartheid struggles, 'the vibrancy of the organisations of civil society took centre stage: they guided, they strategised, they led with integrity and were worthy of being followed. Workers, teachers, lawyers, parents, religious communities, trade unions and many other interest groups formed a resilient common front and gloriously took millions along with them.' Kollapen’s speech, together with a webinar revisiting Richard Turner’s writings, should be a constructive challenge to social justice activists to rethink the way they live and organise.

It is hard to comprehend how much the world has changed in the last few years … and how much it has stayed the same. Covid-19, the ballooning climate emergency and now the war in Europe, all coming on top of unprecedented levels of inequality, are a challenge to social justice activists to rethink.

Faced with such existential threats, some in civil society are already expressing feelings of impotence, and even despair. To overcome this, some activists are arguing that civil society must begin to question not just its methods, but its ways of living, thinking and understanding the world in which we now live.

In this context, two recent mini-conferences threw up profound questions that civil society should take on board.

The first was a seminar jointly organised by Wits University Southern Centre for Inequality Studies (SCIS) and Maverick Citizen to reflect on the 50th anniversary of The Eye of the Needle by Rick Turner, the philosopher-activist assassinated by the apartheid state on 8 January, 1978.

The webinar (view on YouTube here) was titled Utopian Thinking, Revisiting the Ideas of Rick Turner in the Current Political Context. It was an unusual meeting: drawing together a large and unique (these days) mix of activists from across ages, races, genders and geography. Leaders from the #FeesMustFall movement interacted with veteran activists whose work had supported the emergence of South Africa’s powerful trade union movement in the early 1970s. The powerful voice of Foszia Turner-Stylianou, Turner’s comrade and wife, challenged us to remedy the falsehood that South Africa’s struggle has been led mainly by men (read her thoughts here).

The interactions between speakers were too brief, but hinted at the potential benefits of a longer conversation between (then young) activists from the early 1970s, who were confronted with what seemed at that time the unbreakable wall of apartheid and racism, and contemporary (still young) activists struggling against modern-day inequalities in education and employment.

The seminar was rich, multi-layered and moving, but at its heart lay a reconsideration of Rick Turner’s methods of analysing political issues and the efforts at organisation-building that followed upon his ideas.

All speakers agreed that Turner, together with his friend and comrade Steve Biko, had played a crucial catalytic role in the early 1970s. Together they helped crystallise what became an unstoppable and undefeatable revival of political organisation, first by trade unions who organised the Durban strikes in 1973, and then by young people in 1976. Both movements were based on growing political understandings of race, class and power.

Had Biko and Turner not been murdered, the liberation struggle and possibly even our democracy might have followed a different course. But such was their rising influence that both were assassinated within six months of each other by the security police.

Academic Gerhard Maré from the University of KwaZulu Natal’s School of the Built Environment and Development Studies, who was a collaborator with Turner in the early 1970s, presented the keynote speech on the theme of utopian thinking. Maré summed up Turner’s “two reasons for engaging in utopian thinking” as being the need:

“to explore, and, if necessary, to attack, all the implicit assumptions about how to behave towards other people that underlie our daily actions in all spheres.”

And Turner’s conviction that:

“Unless we can see our society in the light of other possible societies, we cannot even understand how and why it works as it does, let alone judge it.”

Maré stressed that for Turner “utopian thinking was not idealistic, not pie in the sky, not avoidance, not unrealisable” but “a method located in radically imaginative thinking to shake ‘common sense’, to remain open to and act towards other possibilities”.

“From this radical imagination of utopia, [a person] is challenged to step back and return to what is being presented as the ‘common sense’ of the everyday world.”

Maré developed this argument by explaining that “utopian thinking recognizes that ‘the way things are’ is itself a contingent status quo that requires active participation by people to maintain practised ways of thinking and behaving for its maintenance.”

But, Maré argued, it is also about the methods and objectives of activist practice because “if humans built this history, humans can change it … with a utopian conception of a goal, methods are formulated, obstacles are identified, primary agents are noted, to reconstruct socially constructed society. To make the supposedly impossible become possible”.

Activists asked to live their politics

Albeit unrelated to each other, the need to reimagine activism also emerged as a theme in a civic educational lecture series on Democracy and Constitutionalism, held by SECTION27 and the Council for the Advancement of the South African Constitution. That conference opened on Monday (view on YouTube here) with a keynote speech by Justice Jody Kollapen, South Africa’s most recently minted Constitutional Court judge.

As might be expected, Justice Kollapen, whose human rights activism traces back to his youth growing up in Marabastad in the 1970s, affirmed the power of the Constitution. But Kollapen also said that he understood its increasingly tenuous hold over poor people in a country still bitterly divided by racism and inequality. He called the Constitution “an illusion far on the horizon … And yet, the very future of our country depends on how this constitutional pact is honoured for all South Africans.”

In answer to his own question on ‘how to address massive inequalities in a country with limited resources’, Kollapen said:

“I guess you have a conversation between those who have the resources and those who do not. And in this regard it is us – those of us who are at this conference, who have been able to flourish in this democracy and who have benefitted from the political and economic order that preceded 1994.”

Justice Kollapen worried that fundamental rights have been “commodified”, noting that “those who can afford rights, buy them” and this results in “two parallel systems that deliver common public goods, delivering qualitatively vastly different outcomes”.

Kollapen asked how, in a country where privileged people can buy the best health, education, legal services and private security available, “does this all relate to the notion of all being equal before the law?” Then, departing slightly from his written text, he issued a challenge to activists to begin to think and act differently.

He lamented that “while we bemoan inequality, I’m not sure if we have done enough thinking as to how we address it. The state can do something, but their ability is limited…”

Then he reflected on the reality that, “in this massively unequal society there are those of us – and I include myself in that category – who have the resources, often resources that we don’t need, often resources that are in abundance; and there are others that don’t. There are those of us who earn much more than others – and you can justify it on the basis that we’ve had more training – but at the end of the month, we all go to the same place to buy our food, to buy our bread and milk.”

Unintentionally riffing with themes that days before had been central in the Turner seminar, Kollapen asked, “How can one begin to address the inequalities when we have stopped looking at ourselves, and call ourselves fighters for human rights, but we perpetuate the inequalities that exist?

“We have to make really radical changes in order to address these inequalities,” he said.

Kollapen finished by telling the audience that “one day our children and grandchildren will be entitled to ask of us – like we do now about apartheid –  ‘how was it possible for inequality to have survived for so long, particularly when you held in your hand a Constitution that was acclaimed as one of the best in the world, a Constitution that advanced the idea of an egalitarian society, and a Constitution that promised everybody a better life for all?’ And I’m not sure what our answer will be….” DM/MC