UN official blames greed and politics for damage to env...

UN official blames greed and politics for damage to environment, encourages youth to use their anger to make a difference 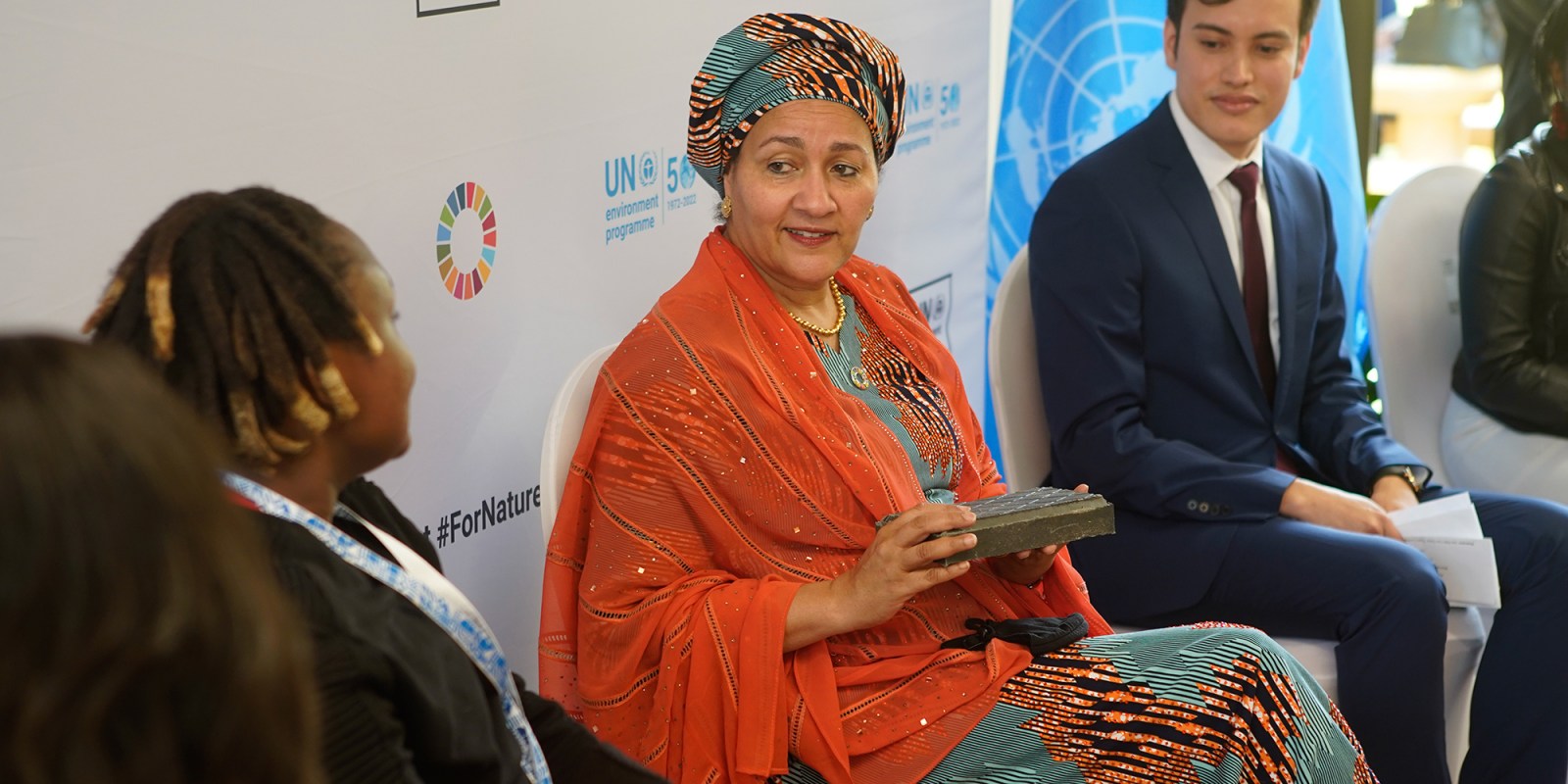 United Nations Deputy Secretary-General Amina Mohammed has encouraged young people to use their anger at the slow pace of environmental reform to drive change.

Global negotiating forums such as the United Nations Environment Assembly (Unea) in Nairobi, Kenya, are a “power game”, said UN Deputy Secretary-General Amina Mohammed. She was speaking to young environmental activists at a Unea side event on Tuesday.

“Those that have power to take a decision, there’s not much leadership there. And where there’s leadership, there’s no power. There’s leadership all around here, but you (youth activists) are pretty powerless right now regarding the decisions that need to be taken,” Mohammed told a group of African environmental activists at the UN complex in Nairobi.

Referring to the COP26 meeting that took place in Glasgow last year, Mohammed said it was young activists who “moved the needle” towards a better climate deal to keep global temperatures below 1.5°C, even though the deal was “not good enough”. She said it had been exciting to see so many young people reminding global leaders of their obligation to not mess up the future of the next generation.

“The world and the way you negotiate things to take them forward in leadership is an incredibly long journey. It will go way past your [lifetime] and way past mine,” Mohammed said.

The Unea negotiations seek to have the UN’s 193 member states agree for the first time on a legally binding plastic pollution treaty that will address plastic waste throughout the lifecycle of the material. Plastic waste is notorious for polluting the world’s oceans and seriously affecting marine life.

It’s hoped that the final document will be the most important multilateral environmental treaty since the Paris Agreement in 2015.

Kenyan environmental activist Eric Njuguna told Daily Maverick he’d like to see Unea agree to a treaty that not only addresses plastic waste across the lifecycle of the fossil fuel byproduct, but also one that speaks to ending “waste colonialism”.

“I would like to see a legally binding plastics treaty that holds governments to their commitments, ensures a just transition for workers affected and, most importantly, puts an end to waste colonialism.

“Waste colonialism — the transboundary disposal of waste, often in Global South countries from the Global North — has seen countries like the United States undermine Kenya’s plastic ban by using the Kenya-US trade deal to export plastic waste to my country,” Njuguna said.

Mohammed said the concerns raised by Njugunu and her peers were not necessarily the result of political failures, but instead were rooted in the worst of the human condition.

Najash Ahmed, an environmental activist from Lamu, Kenya, is a software engineer and game developer who has created a children’s game that encourages awareness of the UN’s Sustainable Development Goals.

“I come from a coastal region and I’m a good swimmer,” Ahmed said. “I’ve swum with dolphins and done some fishing. But over the years, the number of dolphins around the area has dwindled. And a lot of plastic is now washing ashore. We really want to make a difference. Our goal is to create a (virtual) ocean-based society,” the programmer said, adding that the game would include information on how best to deal with plastic pollution.

Mohammed encouraged the young to get angry over the climate and environmental crisis facing the world, suggesting that their anger could be used to bring change to the negotiating table.

Njuguna said he hoped that “youth washing” — a term used to describe young people being invited to share their input, but whose ideas were never reflected in the final document — would come to an end.

“But don’t be cynical about it. Don’t give up. Continue to be angry… continue to be frustrated — but put that anger and that frustration into actions that can actually make a difference,” Mohammed said. DM/OBP

Daily Maverick’s presence at Unea in Kenya was made possible by the United Nations Environment Programme.

UN official blames greed and politics for damage to environment, encourages youth to use their anger to make a difference