Ukrainians say they are fighting on in biggest city yet... 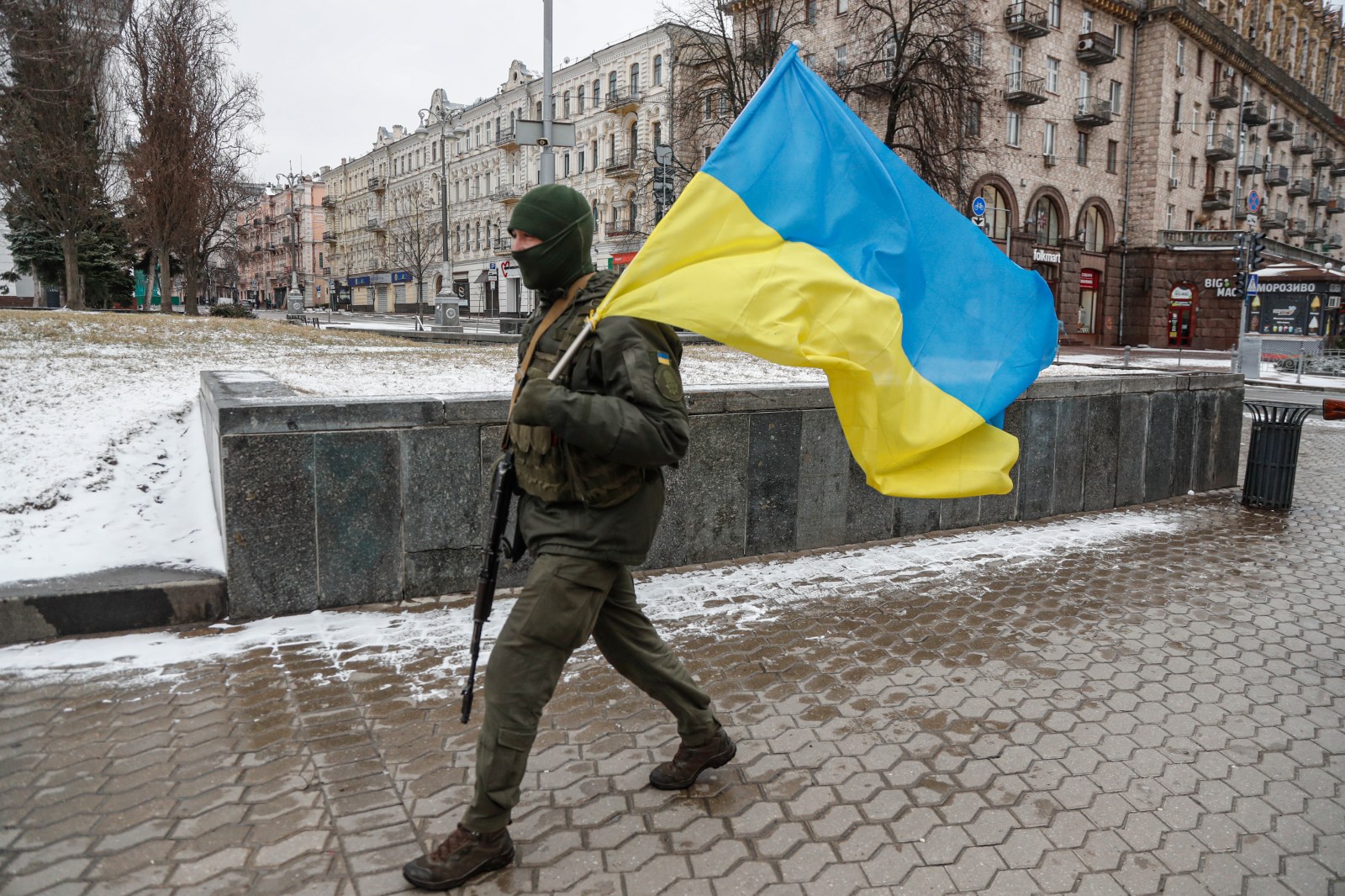 WASHINGTON/KYIV/KHARKIV, March 2 (Reuters) - Ukrainians said they were fighting on in the first sizeable city Russia claimed to have seized, while Moscow stepped up its lethal bombardment of major population centres that its invasion force has so far failed to tame.

With Moscow having failed in its aim of swiftly overthrowing Ukraine’s government after nearly a week, Western countries are worried that it is switching to new, far more violent tactics to blast its way into cities it had expected to easily take.

The most intensive bombardment has struck Kharkiv, a city of 1.5 million people in the east, whose centre has been turned into a bombed-out wasteland of ruined buildings and debris.

“The Russian ‘liberators’ have come,” one Ukrainian volunteer lamented sarcastically, as he and three others strained to carry the dead body of a man wrapped in a bedsheet out of the ruins on a main square.

The roof of a police building in the centre of the city collapsed as it was engulfed in flames. Authorities said 21 people were killed by shelling and air strikes in the city in the past 24 hours, and four more on Wednesday morning.

Apple, Exxon, Boeing and other firms joined an exodus of companies around the world from the Russian market, which has left Moscow financially and diplomatically isolated since President Vladimir Putin ordered the invasion last week.

“He thought he could roll into Ukraine and the world would roll over. Instead, he met a wall of strength he could never anticipated or imagined: he met Ukrainian people,” U.S. President Joe Biden said in his annual State of the Union address to Congress.

Russia said it had sent delegates for a second round of peace talks in Belarus near the border, but Ukraine’s President Volodymyr Zelenskiy said Russia needed to stop bombing if it wanted to negotiate peace.

Moscow said on Wednesday it had captured Kherson, a provincial capital of around a quarter of a million people on the southern front, but Ukraine disputed the claim.

The regional governor had said overnight that it was surrounded, under fire, and Russian troops were looting shops and pharmacies. On Wednesday an adviser to Zelenskiy said street fighting was going on in the port, which sits at the Dnepr river’s exit into the Black Sea.

“The city has not fallen, our side continues to defend,” said the adviser, Oleksiy Arestovych.

Also in the south, Russia is putting intense pressure on the port of Mariupol, which it says it has surrounded in a ring around the entire coast of the Sea of Azov. The city’s mayor said Mariupol had been under intense shelling since late Tuesday and was unable to evacuate its wounded.

But on the other two main fronts in the east and north, Russia so far has little to show for its advance, with Ukraine’s two biggest cities, Kyiv and Kharkiv, holding out in the face of increasingly intense bombardment.

“We are going to see… his brutality increase,” British Defence Secretary Ben Wallace said of Putin in a radio interview. “He doesn’t get his way, he surrounds cities, he ruthlessly bombards them at night … and he will then eventually try and break them and move into the cities.”

In Kyiv, the capital of 3 million people where residents have been sheltering at night in the underground metro, Russia blasted the main television tower near a Holocaust memorial on Tuesday, killing bystanders.

Zelenskiy, in his latest update to his nation, said that attack proved that the Russians “don’t know a thing about Kyiv, about our history. But they all have orders to erase our history, erase our country, erase us all.”

Earlier, a tired and unshaven Zelenskiy, wearing green battle fatigues in a heavily guarded government compound, told Reuters and CNN in an interview that the bombing must stop for talks to end the war.

“It’s necessary to at least stop bombing people, just stop the bombing and then sit down at the negotiating table.”

Russia’s main advance on the capital – a huge armoured column stretched for miles along the road to Kyiv – has been largely frozen in place for days, Western governments say. A senior U.S. defense official on Tuesday cited problems including shortages of food and fuel, and signs of flagging morale among Russia’s troops. Read full story

“While Russian forces have reportedly moved into the centre of Kherson in the south, overall gains across axes have been limited in the past 24 hours,” Britain’s ministry of defence said in an intelligence update on Wednesday morning.

“This is probably due to a combination of ongoing logistical difficulties and strong Ukrainian resistance,” it added. Meanwhile, it said, Russia was carrying out intensive air and artillery strikes, especially on Kharkiv, Kyiv, Mariupol and the eastern city of Chernihiv.

Close to 700,000 Ukrainians have fled the country in less than a week, the fastest displacement of people in Europe for decades.

The leading Russian opposition figure, Alexey Navalny, said from jail that Russians should protest daily against the war, according to a tweet from a spokesperson.

Putin ordered the “special military operation” last Thursday in a bid to disarm Ukraine and capture “neo-Nazis” he falsely says are running the country of 44 million people. Ukraine seeks closer ties with the West, which Russia calls a threat.

Vastly outmatched by Russia’s military, Ukraine’s air force is still flying and its air defences are still deemed to be viable – a fact that is baffling military experts. Read full story

Washington and its NATO allies have rejected Ukraine’s request to impose a no-fly zone over the country, arguing this would lead to direct confrontation with nuclear-armed Russia. But they have been funnelling in weapons, including anti-aircraft and anti-tank missiles, to help Ukrainians fight.

Ukrainian Defence Minister Oleksii Reznikov said the country was set to receive Stinger and Javelin missiles from abroad, as well as another shipment of Turkish drones.