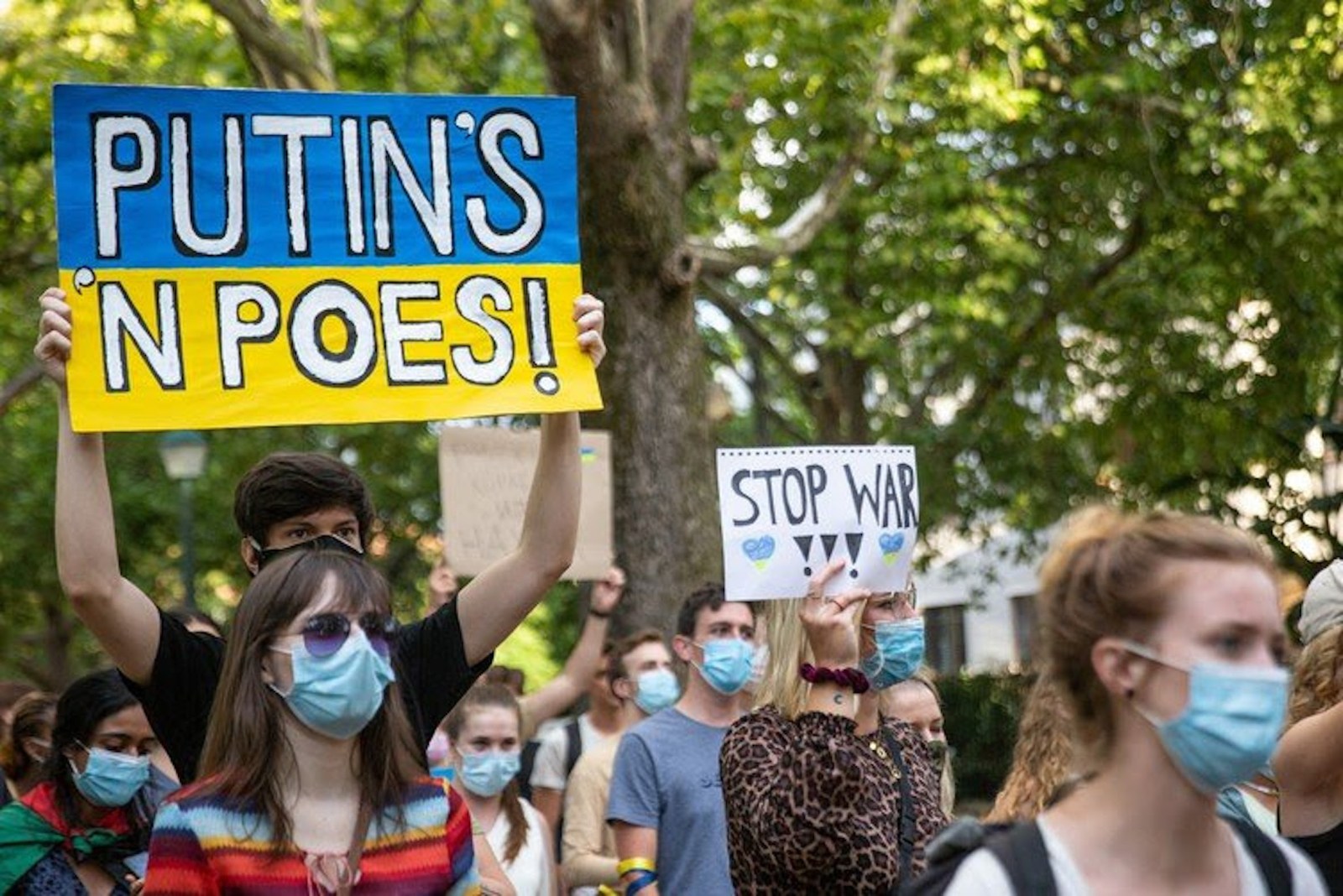 Students took up placards with colourful language in Stellenbosch to protest the war in Ukraine.

Nadia Pryimak is a Ukrainian citizen who lives in South Africa. She starts every morning reading news and updates on the situation in her home country. Then she asks her sister, her cousin, or nephew whether they are all still alive and okay.

“I cannot sleep. I want to sleep. I am tired,” says Pryimak.

Pryimak joined a march of about 300 people in Stellenbosch on Tuesday evening to call for an end to the war in Ukraine, started by Russia on 24 February.

A candle-lit vigil was held on the university’s campus and the march was joined by several Ukrainian expats. Ukrainians sang their national anthem to the crowd while holding the national flag.

Protestors also wore Ukrainian flags and carried placards that read: ‘Peace for Ukraine’, ‘I stand with Ukraine’ and ‘Putin’s a poes’.

Pryimak has been living in South Africa for ten years. Previously she was a teacher in the Ukraine. Now, she is living in “a nightmare”, worrying about her family and friends constantly. She said she is also praying for their president and the army.

The march and vigil felt uplifting. “You can’t believe how much it means,” she said. She wanted the people in Ukraine to know they have worldwide support. “It’s so far away.”

Pryimak said the Ukrainian community in South Africa has been following the war closely and updating people via social media. “Now that we are involved, you don’t think how scary it is, because you’re doing something with your nation,” she told GroundUp.

Similarly, Hannah Zhukovina, who has been living in South Africa for ten years, said the Ukrainian community in South Africa is doing everything it can to inform people about the conflict in Ukraine “so people know what is actually going on”.

Originally from Kyiv, Zhukovina said she is worried about her family. “Every now and again you have to ask them: Are you ok and alive?”

“I think, as Ukrainians, we all want to go back. But we want to go back and build our happy democratic country, without a war, and in peace,” she said.