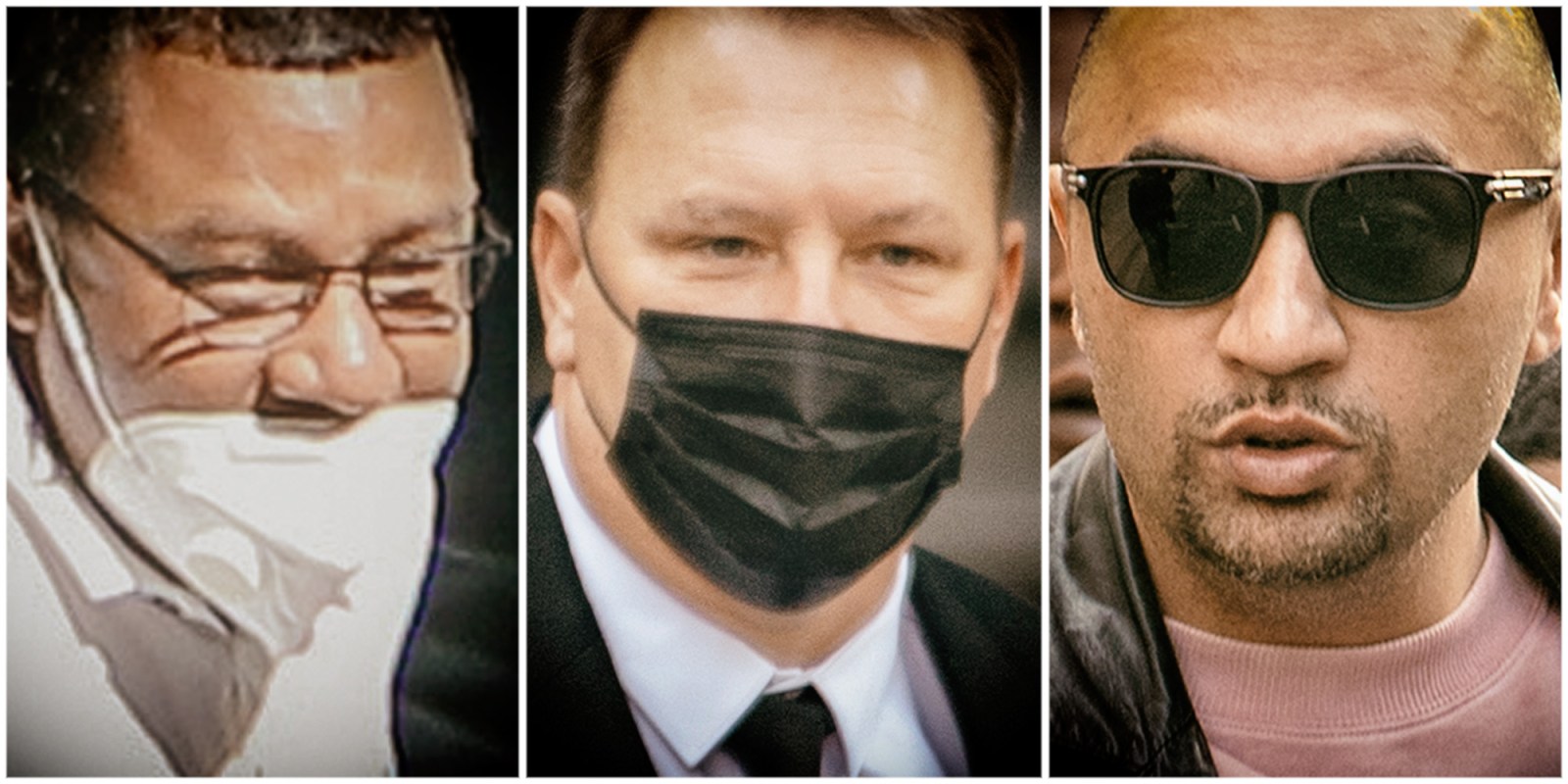 A day of reckoning is on the cards for alleged underworld figures Jerome ‘Donkie’ Booysen and Mark Lifman. A date has been set for their murder trial to resume so they can answer to their alleged part in the killing of 'Steroid King' Brian Wainstein. The case has striking similarities to the one against Nafiz Modack.

The trial into steroid king Brian Wainstein’s murder is set to shine a light on the dark web of Cape Town’s underworld as the State will present evidence detailing underworld bosses’ reign of terror. Through an indictment and summary of facts, the State will detail an alleged extortion ring that has caused mayhem in restaurants, nightclubs and bars and show how underworld figures operated with impunity.

A trial date has been set for 6 February 2023 and on Monday, 14 March 2022, the matter is back in the Western Cape High Court to finalise the legal representatives for the accused, of which there are 17.

Wainstein was shot dead in his luxurious home in Constantia, Cape Town, on 18 August 2017. He was killed in front of his partner and two-year-old child. Prosecutors contend that Wainstein’s murder was financed by alleged crime boss Mark Lifman and that he and others benefited from the illegal steroid business, which continued after Wainstein’s murder.

One of the co-accused, William “Red” Stevens, an alleged 27s gang boss, was gunned down in front of his home in Kraaifontein on 1 February 2021. This came after alleged underworld figure Jerome “Donkie” Booysen, Stevens and Lifman were arrested on 23 December 2020 in connection with Wainstein’s murder and released on R100,000 bail.

The indictment against Lifman and Booysen reads: “In that on or about 18 August 2017 and at or near 29 Hohenhort Avenue, Constantia, Lifman and Booysen did unlawfully and intentionally and/or acting with common purpose killed Brian Wainstein, a male person, by shooting him with a firearm.”

A closer look at the indictment against Booysen and Lifman reveals striking similarities to another case – the murder charges levelled against alleged crime boss Nafiz Modack. The trio all face charges of murder, conspiracy to commit murder, extortion, contravening the Prevention of Organised Crime Act, being part of a criminal gang, operating a money-laundering enterprise, racketeering and corruption,

However, Modack’s trial date has not yet been determined. Modack and his murder co-accused, former rugby player Zane Kilian, are alleged to be the main roleplayers in the murder of Anti-Gang Unit detective Lieutenant-Colonel Charl Kinnear, who was gunned down in front of his home in Bishop Lavis, Cape Town, on 18 September 2020.

The pair are also the two main accused in a murder attempt on criminal lawyer William Booth in April 2020.

The summary of substantial facts in respect of Booysen and Lifman further indicates that they believed Wainstein had to be killed. His alleged steroid business appeared to pose a threat to the underworld. The plot to murder Wainstein allegedly took shape three months before the murder.

The State contends that on 29 June 2017, a meeting of illegal steroids dealers was organised at Booysen’s home. The dealers purportedly complained that Wainstein “was a threat to them and their business”.

Lifman allegedly indicated “he was not willing to pay more than R250,000 and he had paid more than R500,000 for a hit on alleged 28s gang boss Ralph Stanfield”. The murder attempt on Stanfield, an alleged close associate of Wainstein, on 6 July 2017, was unsuccessful.

Following the murder charges, Lifman’s bid to travel to work for Cisiy Tekstil in Turkey was dismissed in the Western Cape High Court. The court denied permission to Lifman to leave the country while the prosecution in the Wainstein murder trial had not been concluded.

In its judgment, the court found that despite Lifman’s extensive travels on behalf of the company before his arrest, no mention of this was made during his bail application. What also counted against Lifman was the State’s allegation that they regarded him as a flight risk.

The indictment in respect of the Wainstein and Kinnear murders portrays an intense rivalry between Modack, Booysen and Lifman.

One of the array of charges relating to the incitement to commit murder purports that Lifman, in November 2017 near Fresnaye, allegedly procured other persons to murder Modack, Colin Booysen, Jacque Cronje, Carl Lakay, Ashley Fields, Emile Goodley and James Dalton.

In the Kinnear case, the indictment against Modack indicates that the cellphone tracking he allegedly requested Kilian to carry out went much further than just the phones of Kinnear and Booth. Documents showed that the phones of Booysen were “pinged” 193 times, that of his son Joel Booysen, 30 times; Jacques Naude, five times; Lifman, six times; and Stanfield once.

On Monday,  Modack and Kilian were back in the Blue Downs Regional Court. Sharing the dock with them were co-accused Naude, Ricardo Anthony Morgan, who is out on R50,000 bail, alleged corrupt Anti-Gang Unit Sergeant Ashley Tabisher, Amaal Jantjies and Janick Adonis.

The name of Mogamad Adiel Mukadam (24) was added to the charge sheet. According to an affidavit by Captain Edward du Plessis, part of the team investigating the murder of Kinnear, Mukadam is at the centre of the dubious purchase transaction of Empire Investment Cars, one of Modack’s businesses.

The transaction was done on 6 May 2020 and allegedly backdated to 5 May 2019. The change of ownership, Du Plessis argued, was to conceal the fact that Modack is the beneficiary of the account of Empire Investment Cars.

In another twist, Modack’s brother Yaseen was also arrested. He briefly appeared in the Cape Town Magistrates’ Court on charges of money laundering. His matter was transferred to the Blue Downs Regional Court where he will join his brother in the dock.

This is not Nafiz Modack’s first brush with the law. In February 2020, Modack, along with co-accused Colin Booysen, Fields and Cronje, was cleared in the Cape Town Magistrates’ Court of extortion charges. They were accused of having extorted R90,000 from the Grand Cafe at the Waterfront in November 2017.

Modack and seven others are also facing charges relating to alleged false tax returns amounting to millions. The State contends the underworld figure and the group allegedly registered as Value Added Tax vendors, e-filed claims for refunds and that payments of R46-million were received.

If convicted Modack, Lifman and Booysen face the prospect of life imprisonment and this could break the underworld stranglehold over Cape Town’s hospitality sector.

Modack is back in the Blue Downs Regional Court on 19 April. DM