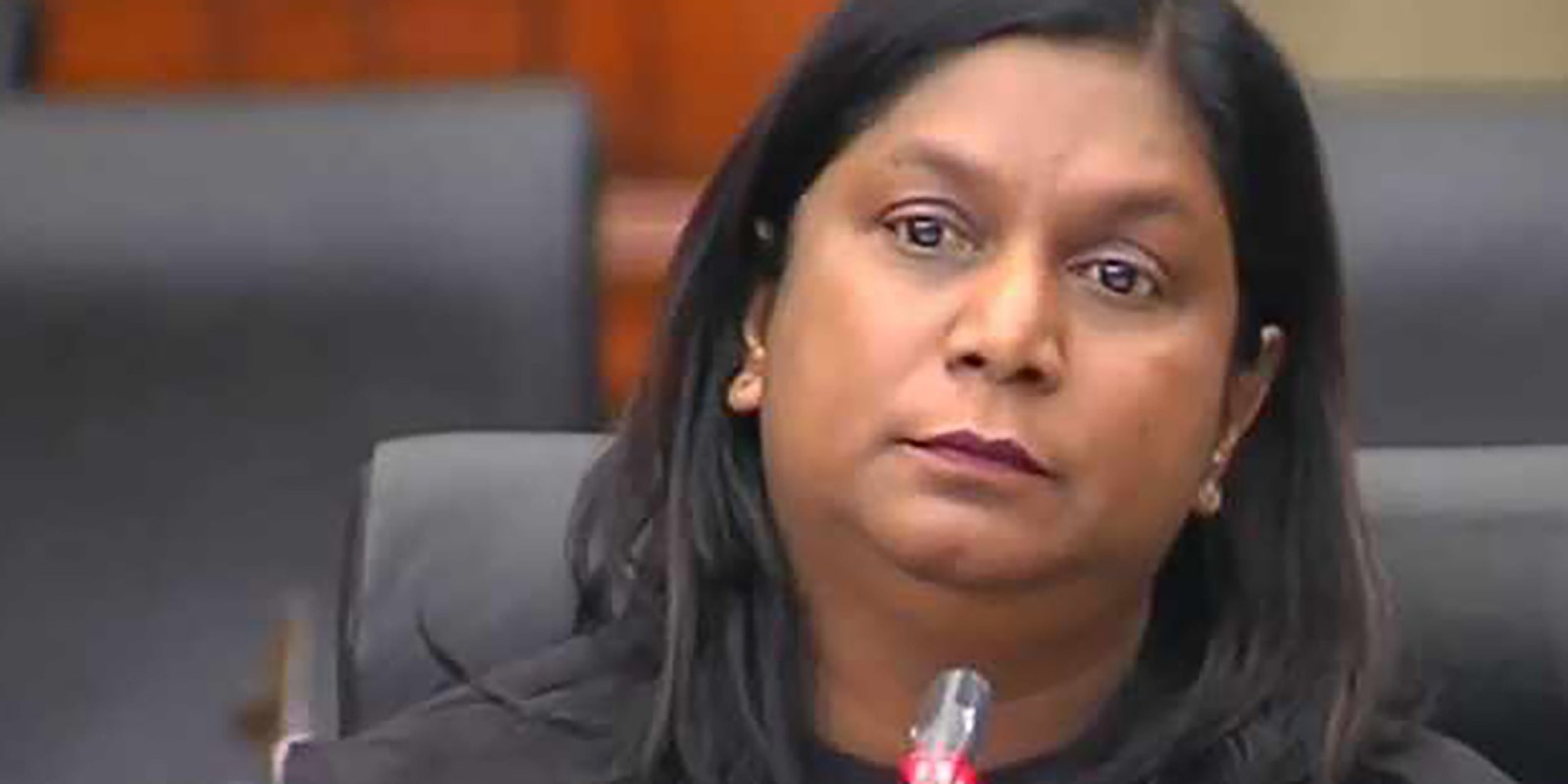 President Cyril Ramaphosa has announced Advocate Andrea Johnson as the new head of the Investigating Directorate following the resignation of Hermione Cronje. Johnson is widely respected as a straight-talking and principled prosecutor, but the post will be challenging regardless – as an apparent smear attempt already suggests.

President Cyril Ramaphosa’s new pick as head of the Investigating Directorate is a state prosecutor who may be most familiar to many South Africans for her role alongside Gerrie Nel in the murder trial of Oscar Pistorius.

But Advocate Andrea Johnson has also worked on many other “high-profile and complex prosecution matters”, to quote the National Prosecuting Authority (NPA). Johnson was one of the first members of the now-disbanded Scorpions, tasked with investigating organised crime, and led investigations and prosecutions against the likes of Brett Kebble and Jackie Selebi.

Johnson is currently the acting special director of the Priority Crimes Litigation Unit and the coordinator of the Organised Crime Component in the NPA. As such, she brings senior management experience to bear alongside her prosecutorial chops.

Johnson was also one of 15 candidates interviewed to replace Shaun Abrahams as head of the NPA in 2018. She was shortlisted along with four others by the interview panel, with Ramaphosa eventually opting for Shamila Batohi in the top post. But Johnson clearly enjoys Batohi’s respect, having also been appointed by Batohi to the NPA task team currently working on implementing the recommendations advanced by the State Capture Report.

In her public interview for the National Director of Public Prosecutions role, Johnson solidified her reputation as a no-nonsense straight-talker, unafraid to name and shame members of the Zuma executive for attempted political interference in the NPA under the leadership of Abrahams.

Former state security minister David Mahlobo was one of those she singled out for criticism in her interview, saying she was “taken aback” by the “arrogance” of his approaches. Separately, Johnson noted that the “two qualities” she could not stomach in others were “rudeness and arrogance”, while stressing that she was no pushover: “Don’t think for a second I’m not strong. I am.”

Johnson noted to the panel in the same interview that her strengths included crisis management, handling diversity issues – she won applause on social media for answering one question in isiZulu – and budget control.

The NPA suggested in its statement on Johnson’s appointment that her background in the Scorpions would prove particularly useful in leading the Investigating Directorate (ID).

“She led a team of senior prosecutors and investigators that dealt successfully with complex forensic investigations on financial matters. This unique experience with the [Scorpions] is hugely significant to the current leadership required to take the ID forward,” the NPA statement read.

Johnson will need every scrap of experience and personal fortitude imaginable, because the December 2021 resignation of Hermione Cronje as the ID’s inaugural head compounded impressions that the job Johnson begins in March will be highly challenging.

Cronje, after all, was no shrinking violet herself. Daily Maverick’s Jessica Bezuidenhout spoke to one former colleague who described Cronje as being “hardegat”, with no appetite for “nonsense”. Almost exactly the same description has been applied to Johnson.

But behind Cronje’s departure is believed to lie her growing exhaustion with the state of play inside the ID, where she was reportedly hamstrung by inadequate resources and budget while being expected to deliver the critical State Capture prosecutions. Bezuidenhout reported that the ID has also battled with a high staff turnover, struggling to retain talent because appointments were mainly done via temporary contracts. Cronje herself was said to be working up to 20-hour days.

In addition to the internal challenges posed by the ID, and the legacy issues inherent in an NPA hollowed out by the State Capture years, Johnson will begin her new job under the shadow of what the NPA has described as a “smear campaign”.

On the eve of Johnson’s appointment, a story was published in the Mail & Guardian claiming that she is “embroiled in cover-up allegations stemming from suspicious calls with an allegedly corrupt cop”.

The issue relates to the arrest on fraud and corruption charges of Brigadier James Ramanjalum, who phone records show was in contact with Johnson shortly after his arrest in June 2020.

In an affidavit submitted to the NPA by Johnson, seen by Daily Maverick, she explains that she met Ramanjalum through meetings of the National Core Command Group set up in March 2020 to monitor and implement Covid-19 pandemic regulations. After Ramanjalum was arrested, Johnson was phoned by his daughter to ask for help for her and her younger brother.

“I asked if they had somewhere they could stay and she said her brother would perhaps go to a friend’s house but that she would have to stay at home with the helper. I indicated that if she did not feel safe they were to let me know and that if they needed help with food she could let me know,” Johnson wrote, noting that at least one other member of the command group also offered to assist Ramanjalum’s children with food if needed.

“I did not speak to her, her brother or the brigadier about the case as it was not something I would have done,” Johnson stated.

The timing of these accusations against Johnson must be regarded as suspicious, particularly as they appear to amount to the sole public blemish on the prosecutor’s otherwise unimpeachable reputation. The role Johnson is stepping into is a lightning rod for criticism and misinformation from those bent on undermining the legitimacy of the criminal justice system.

Shortly after Cronje’s resignation had been announced, for instance, EFF leader Julius Malema claimed that Cronje had stepped down in protest at the pressure that had been put on her to arrest Malema and his deputy, Floyd Shivambu. There is no evidence to support this.

“Considering the current climate in which the ID operates, we expect these kinds of unjustified attacks to continue,” the NPA said.

“The NPA is fully alive to the intentions of some to derail it from its efforts of holding those most responsible for corruption to account.” DM