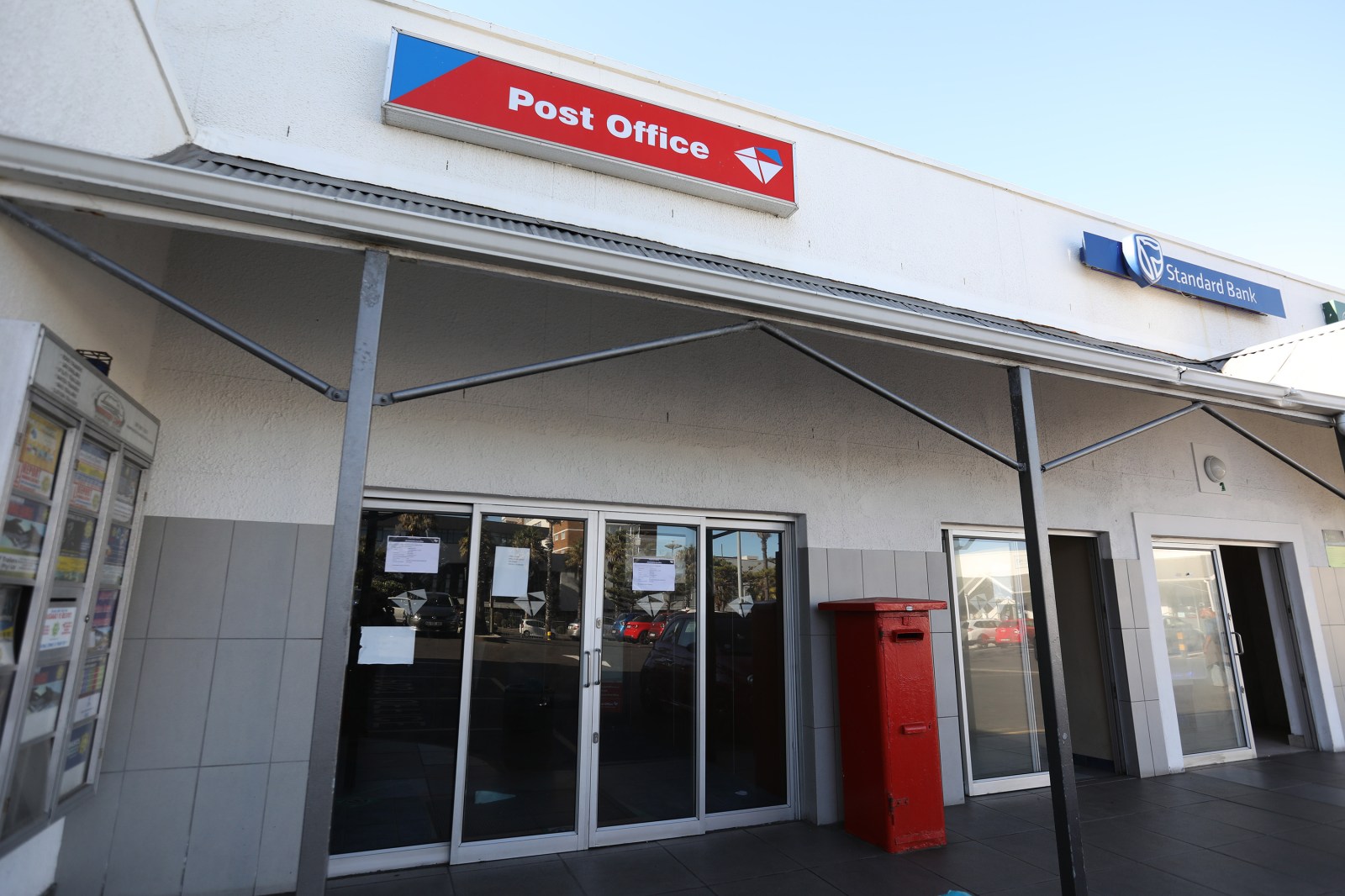 Here today, gone tomorrow. This Muizenberg resident went to the local post office to discover closed doors, and an abrupt notice of closure — no explanation or warning. It is a particularly hard blow for the desperate residents who queued there for the special Covid grant.

I paid R375 two months ago to renew the annual rental on my post office box in the post office lobby in Muizenberg. I did so reluctantly because the mail delivery service from the post office had been appalling — and getting worse — over the past two years. But, even in this digital and social media age, it is through this PO box number that many friends, family and acquaintances around the world make contact with me.

I had also been given a highly prized subscription to the twice-monthly London Review of Books that used to arrive in that box within a week or two of publication. I have had five issues in the past seven months, the last from September 2021. There were also the Christmas cards, posted, according to the date stamps, in November 2021 in Britain and New Zealand, that arrived weeks ago.

At least, I consoled myself, the post office had got its act together regarding the emergency R350 Covid payment. And the counter staff were always courteous and helpful. Yet it was heart-wrenching to watch hundreds of desperate people queueing across the parking lot and along the adjoining pavement for hours and even days for that pittance to help sustain themselves.

Perhaps there were some who were hoping to starve and save the R350 to build up nest eggs to enable them to launch ice cream parlours and other successful businesses. But all I ever saw were desperate and apparently hungry people, often frantic while trying to reach the slender lifeline offered.

Last week, a simple, handwritten notice was pasted on to the closed door of the Muizenberg Post Office. It read: “FOR THE R350 GO TO RETREAT OR FISH HOEK.” The recipients of this governmental largesse are men and women who have often walked for hours to get to Muizenberg. Now they face another 7km to the neighbouring Retreat Post Office to check if any correspondence awaits us.

That was it, no explanation or warning, and now we are left not knowing whether we will ever see the post office open its doors again.

The closure of post offices, which formed such a central part of the economic life of generations of so many South Africans, has a particular resonance for Muizenberg. For it was the post office in this coastal resort that was the first in the country to receive mail by air. South Africa’s first airmail delivery, accompanied by suitable pomp, ceremony and a special hand stamp on the delivered mail, was in 1911. There were even specially prepared postcards — now collectors’ items — delivered by the Gypsy Moth aircraft that had flown from Kenilworth Racecourse to Muizenberg.

However, there are reports of Muizenberg being a centre for mail in the 17th century. The rebuilt Het Posthuys, about 1km along the road from the now closed suburban post office, has been in existence since at least 1687.  A lookout post and sometime toll gate, it also apparently provided a postal base where sailors travelling east or west could leave mail.

Today, mail in Muizenberg simply does not arrive. Nor, unfortunately, do pensions or the recently extended R350 special payment. Perhaps the city council had wind of what was happening: in 2021, municipal officials informed the post office that it no longer had the right to process council accounts. They should, instead, be paid next door, at the Checkers supermarket. DM

In response to queries from Daily Maverick, SAPO spokesperson Johan Kruger confirmed the permanent closure of the post office on Monday. He stated that the closure was due to the landlord terminating the lease, with negotiations being unsuccessful. He also confirmed that the residents were not given prior notice. “The residents are correct. The termination of lease was not expected from the side of the Post Office, and therefore we were only able to put up notices after the event. We sincerely apologise to our customers for this inconvenience.”

Terry Bell is a journalist, commentator and author specialising in political and economic analysis, and labour matters.