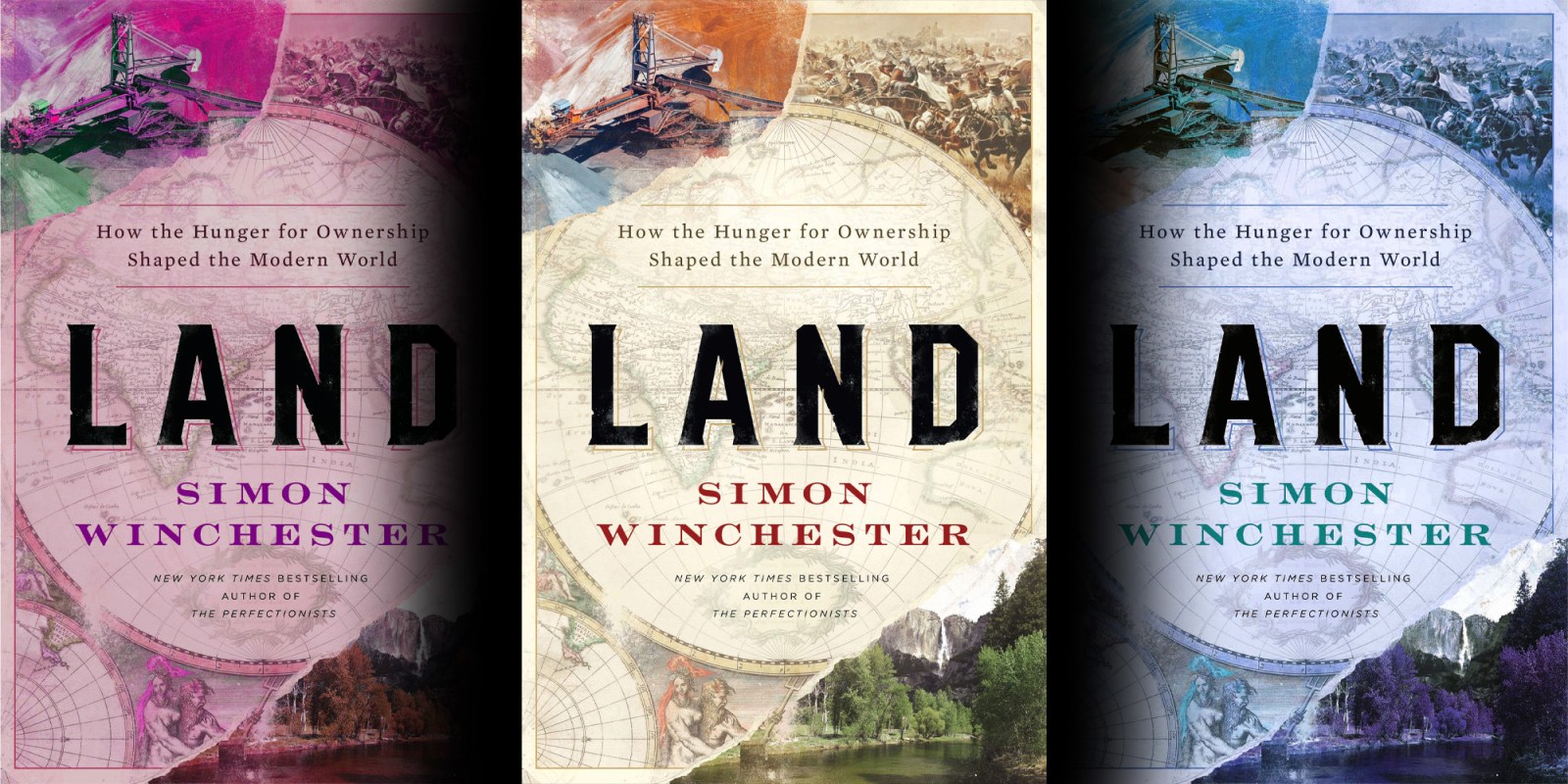 Simon Winchester, the prolific author of page-turners such as a riveting account of the late 19th-century eruption of the Indonesian volcano Krakatoa, has turned his attention to the concept of land ownership. The result is a global romp through the history of land control and dispossession that is relevant to our nation.

Land: How the Hunger for Ownership Shaped the Modern World pursues many angles and this reviewer will focus on just a few that relate to the hot-button issues of inequity or inequality.

Being an heir to a throne is certainly one sure-fire way to accumulate land galore.

“The biggest personal landowners [italics are the author’s] in the world are nearly all monarchs or absolute rulers of one kind or another: the kings of Swaziland, Bhutan, Jordan, Nepal, Thailand, Morocco, Saudi Arabia, and Lesotho, the Emir of Kuwait, the Sultan of Oman, the Pope, and the Sheikh of Qatar,” writes Winchester.

“The list also necessarily includes Britain’s Queen Elizabeth II, who is technical owner of last resort of the entire acreage of the United Kingdom … together with portions of — in most cases, all of — some 54 nations that once made up the British empire, with her still being the titular queen of 32 of them. A quarter of the world’s population lives on land in which, though the individual citizens may not know it, they exist in a notionally feudal relationship with the British Crown.”

This was certainly news to this Canadian, who is (in theory at least) a subject of Her Majesty, though perhaps not a loyal or devoted one. This is one of many nuggets that emerge from this compelling narrative.

Of course, the relationship of Canadians to the throne is no longer really feudal. The same cannot be said for what transpires in South Africa’s former homelands, a topic that Winchester does not really explore. But he does traverse African terrain and examines examples of land reform that could hold lessons for South Africa.

Scotland is a standout in this regard. In some ways, disparities in land ownership there are even sharper than what obtains in South Africa, which is probably, by most measurements of wealth and income, the most unequal country in the world.

“Of Scotland’s 20 million acres [8.1 million ha], almost half are controlled by some 1,100 wealthy landowners. Between them the country’s 24 non-royal dukes own more than a million acres,” Winchester notes. Scotland’s population is just shy of 5.5 million, so almost 5.5 million people and the state control the other half of the land.

If a Gini coefficient, which measures income distribution, could be devised to measure disparities in land ownership, one wonders how Scotland and South Africa would stack up against one another.

Scotland also has a history of dispossession, a sordid chapter in its history known as “the clearances”.

In the 19th century, thousands of poor Scottish crofters (small-scale farmers) were forcibly removed from lands they had been tenants on for generations. At the Sutherland estate, Europe’s largest in private hands at the time, this was done to make way for sheep, which were regarded as far more profitable than extracting rent from peasants as the industrial revolution had given rise to surging demand for wool.

This brings to mind the forced removals of Africans in the 20th century to make way for wildlife in national parks and other nature reserves.

Whether for profit or conservation, the poor have, in a number of circumstances, had to cede their land to animals, wild or domestic.

“Scotland had been grappling for decades with what is seen by many of its five million inhabitants as the grossly unequal ownership of its land,” Winchester writes — again, a state of affairs that many South Africans can relate to, especially given the failure of the ANC to deliver meaningful land reform after almost three decades.

It is against this historical backdrop that the term “land reform” has the same wide usage in Scotland that it does in SA.

Indeed, the Scottish Parliament enacted a Land Reform Act in 2016, which stiffened the provisions of a 2003 Act to encourage communal land ownership. Winchester describes the 2016 Act as “a draconian piece of legislation that, for some landowners, had an immediate, chilling effect. The earlier act of 2003 merely encouraged communities to bid for any landed estates that came up for sale. This 2016 act went further: if the would-be new owners, communities all, pledged to indulge in the loosely defined ‘sustainable development’ of their purchase, then the law positively forbade the current landowners from selling to individuals, but compelled them (if they planned to sell at all, that is) to sell to only such forward-thinking communities.”

As in South African government policy, there is a target — in this case of one million acres, or 405,000ha.

Winchester goes on to say that (as of 2021) “the social engineering of Scotland’s once feudal landownership system is gathering pace. Nearly six hundred pieces of territory are now community-owned, their previous owners flush with cash and many of them living far away, many happily dispossessed of the responsibility that rightly comes with ownership.”

Two per cent of Scotland’s land is now in communal hands and Winchester cautions that the consequences of this social experiment have “still not been fully tested”.

Are there lessons to be drawn here for South Africa?

For starters, the longer that land reform efforts flounder in SA, the greater the prospect of “draconian legislation” being introduced to rectify things. The Expropriation Bill, which has set off alarm bells among businesses, farmers and investors, comes to mind, as do the debates about “expropriation without compensation”.

Could legislation be fine-tuned to prevent large-scale landowners from selling directly to individuals? If so, how would a “community” be defined? In SA, people frequently claim to speak for “communities”, which is sometimes a ruse to shake down mining companies or other private-sector actors for access to procurement targets and the like.

And SA already has “communal” land but much of the access to it is controlled by traditional leaders in the fragments of rural poverty that are the former homelands — effectively, a form of royal rule and the feudal-like arrangements that the Scots are trying to discard in their own land-reform drive.

Would large tracts of “community-owned” land in SA, freed of the oversight of local chiefs, provide wider socioeconomic benefits to the “community”? That is an open question, and an all-out assault on property rights would have an alarming effect on the foreign investment that the economy desperately needs.

Winchester’s book has many other examples and, among other things, he explores other non-Western concepts of land that find the ownership of it as puzzling as someone claiming ownership of the air or the sea. One may not always agree with his conclusions, but this is a thought-provoking and wonderfully written book that is firmly grounded in the shifting notions of land. DM168 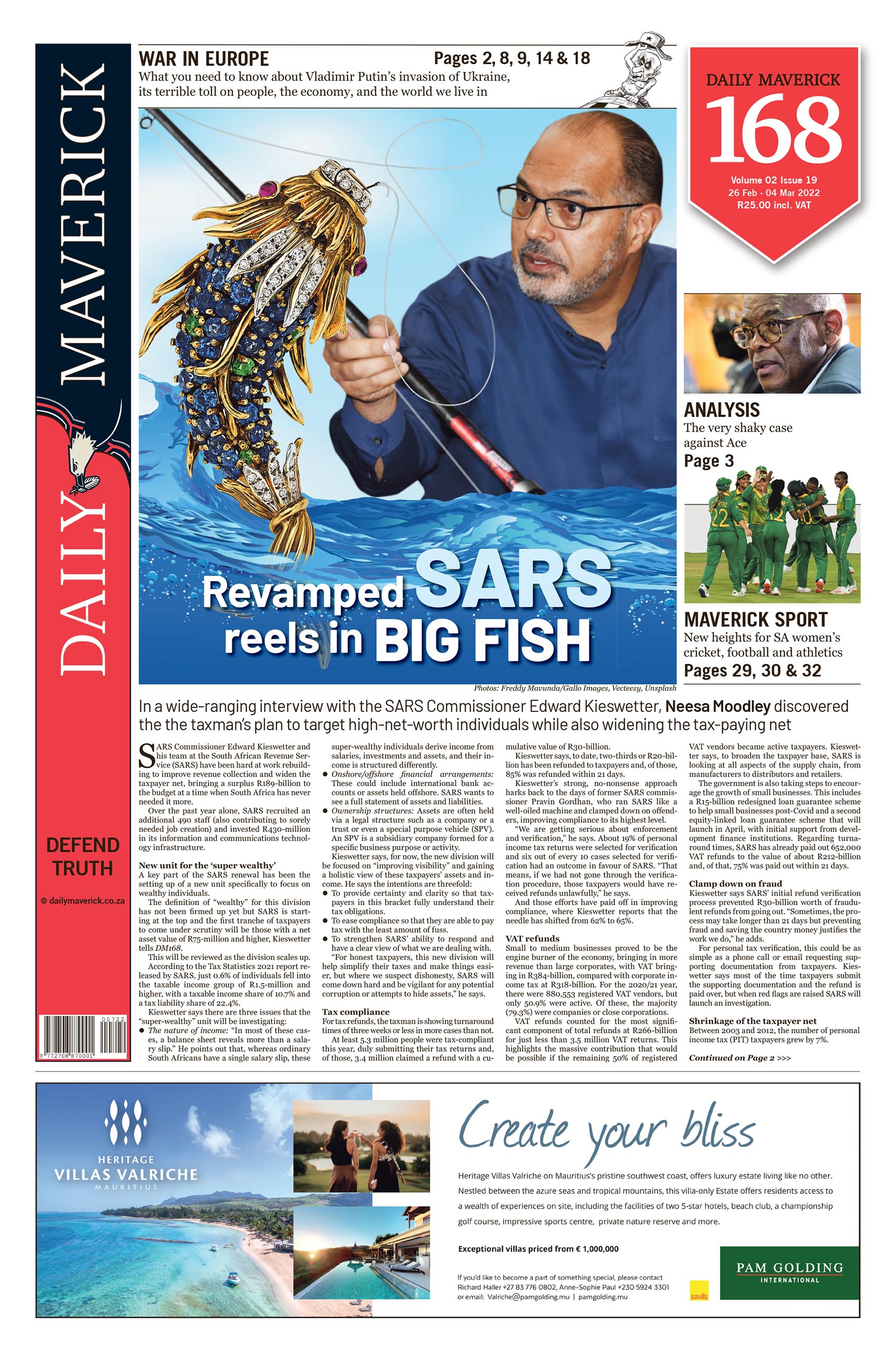