Global Forum on TB Vaccines: The good news and the bad news 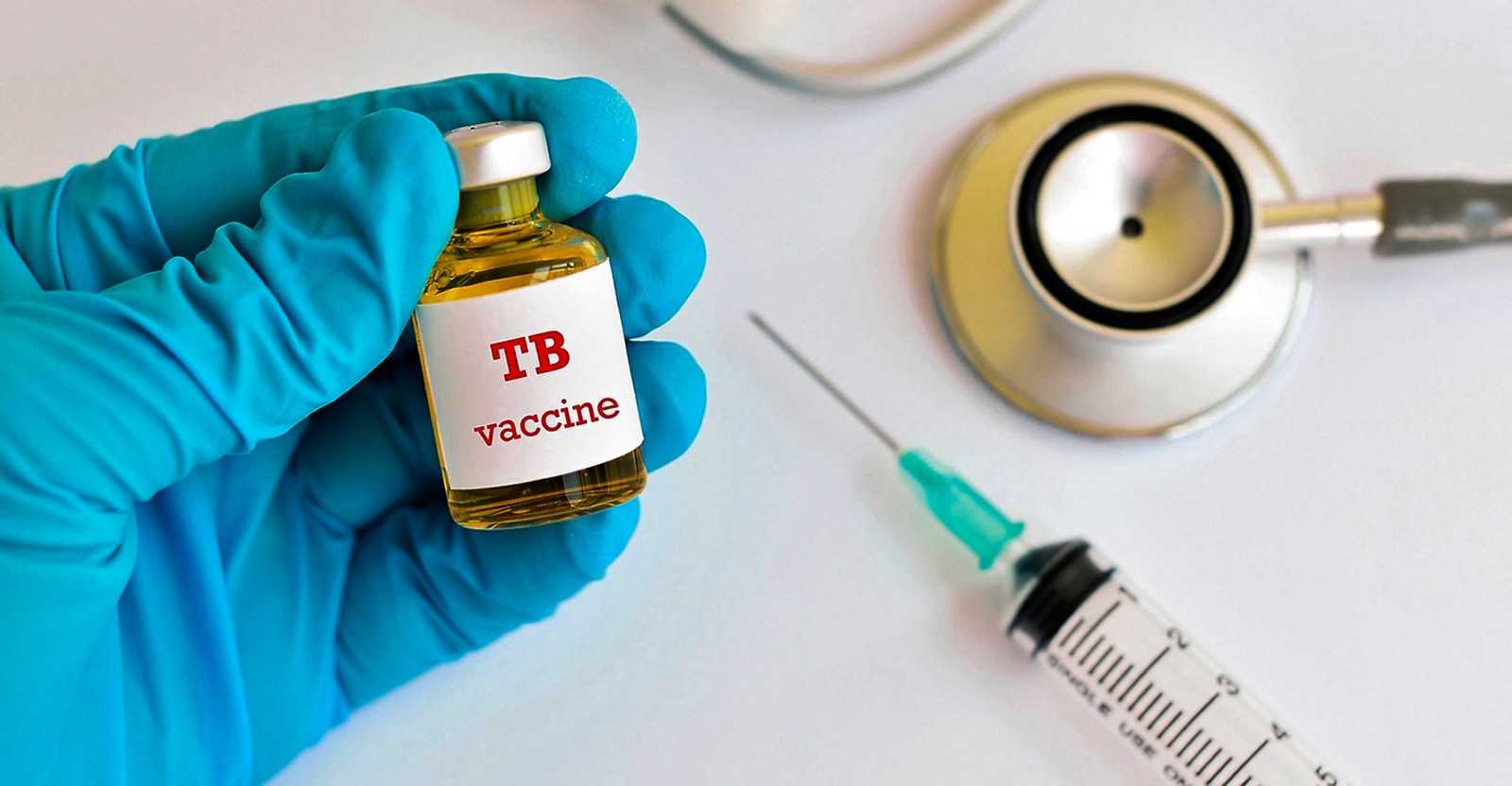 While there are nine experimental tuberculosis vaccines in advanced trials, the vaccine pipeline beyond those nine prospects is relatively depleted. Adele Baleta reports on the virtual Global Forum on TB Vaccines held last week.

The tuberculosis (TB) vaccine pipeline is depleted, with little progress of candidate vaccines through the pipeline in the last few years. This is creating a serious problem for the next decade of vaccine development, warns Professor Mark Hatherill, director of the South African Tuberculosis Vaccine Initiative (Satvi).

Addressing the virtual Global Forum on TB Vaccines on Wednesday, 23 February, in a session on “New Horizons for TB Vaccines”, Hatherill said there was good news and bad news about the TB vaccine pipeline.

Quoting from the World Health Organization (WHO) Global TB Report 2021, he said, “The good news is that there are nine candidates in Phase IIb and Phase III efficacy trials variously for prevention of infection, prevention of disease, and prevention of recurrent TB indications.” Successful phase III trials are usually required before medicines or vaccines are approved by regulatory authorities.

The bad news, he said, “Is the shape of the pipeline is inverted. If we do not have a successfully efficacious vaccine from one of those nine candidates, there are very few candidates in Phase I and Phase II that would fill those positions in the next five to 10 years.”

Currently, there are only two Phase I and three Phase IIa TB vaccine candidates in the pipeline.

For comparison, by 23 February, out of the 115 Covid-19 vaccine candidates in human clinical trials, 49 are in Phase I, testing safety and dosage, and 49 are in Phase II expanded safety trials, according to the New York Times Vaccine tracker.

Hatherill said, however, that despite the lack of candidates, there was considerable diversity in the TB vaccine pipeline. “We have a number of live attenuated and inactivated wholesale mycobacterial vaccines, a number of protein subunit vaccines, as well as viral vectored vaccines.

“The reality,” he told Spotlight, “is that unless we have a big hitter out of current efficacy trials in five or 10 years or less, then we are in big trouble… we are looking at new delivery systems but primarily we need new candidates to enter the pipeline from the preclinical stage.”

He put the problem down to a lack of funding and the willingness of manufacturers to take risks. “In contrast, with Covid-19 candidate vaccines, we saw governments falling over themselves to purchase guarantees, which meant that the risk involved in massive Phase III trials was greatly reduced. We are not seeing this for TB vaccine trials.”

Hatherill said that massive investment in just one product, the promising M72/AS01E TB vaccine candidate, was “sucking the life out” of the rest of the pipeline, resulting in fewer candidates coming into Phase I.

The M72/AS01E vaccine made worldwide headlines when a proof-of-concept Phase IIb study, published in 2018, showed 50% efficacy at the prevention of TB disease in TB infected adults. A Phase III trial of the vaccine is now planned.

Hatherill said part of the preparation for the Phase III trial is an EPI (epidemiology) study which is being conducted at 50 sites in 12 to 15 countries. A key component is a TB infection prevalence survey to select sites with indicators of higher TB incidence. The Phase III study is scheduled to enrol more than 20,000 adolescents and adults between the ages of 16 to 34. While the study will focus on people with TB infection, it will also include people without TB infection and people living with HIV.

Commenting on the advancement of the MTBVAC trial, which uses a live attenuated (weakened) mycobacterium, he said the candidate vaccine has been in development for adults and newborn infants and is currently completing a Phase II dose defining safety and immunogenicity study in 99 South African newborns.

The newborns were randomised to either the BCG vaccine or to three escalating doses of the MTBVAC vaccine and the trial is scheduled to end this month. This trial will select the dose for an upcoming Phase III trial, which will be a randomised controlled trial to evaluate the efficacy of MTBVAC in comparison with BCG. It will enrol 7,000 HIV-unexposed and HIV-exposed uninfected newborn infants in South Africa, Madagascar and Senegal. The study participants will be followed up for 72 months for TB disease.

“The question is whether we have the will and the means to conduct such a trial, given the relatively low TB incidence in this population, the resultant large sample size, long duration, and considerable cost.”

He said, however, he was “somewhat surprised to find” there is at least one prevention of disease efficacy trial in a TB IGRA-negative population. The Phase III vaccine trial of the protein sub-unit GamTBvac has recruited just over 7,000 HIV-uninfected, previously BCG-vaccinated, and IGRA-negative adults between the ages of 18 and 45 who have been followed up for 24 months for TB disease. This is a vaccine that is developed by the Ministry of Health of the Russian Federation. “I’m sure the progress and findings of this trial will be eagerly awaited,” he said.

News of the discovery of a new adjuvant – an ingredient that makes vaccines work better by creating a stronger immune response in people receiving the vaccine – was praised by participants at a session on “Retooling the Human Response to TB”.

The head of TB vaccine research at Statens Serum Institut in Copenhagen in Denmark, Professor Rasmus Mortensen, said his group had developed a new liposomal adjuvant which promises to improve TB immunity and fill a gap in current TB vaccine development. Based on results of preclinical studies in non-human primates, the group is now preparing for clinical testing.

The Africa Health Research Institute executive director, Professor Willem Hanekom, told Spotlight that multiple lines of research from all over the world suggest that vaccines should be able to induce types of T-cells, called TH1/Th17 cells, in our immune systems for protection against TB. “Adjuvants are part of the vaccines that skew the immune response in the direction that is thought to be important for protection,” he said.

Mortensen and his group have discovered an adjuvant “that seems to be able to induce protective Th1/Th17 cells and this induced immunity seems long-lived,” Hanekom explained. “This is the first adjuvant that specifically targets these important cells.”

Meanwhile, in a poster session at the forum, Sarah Steingrüber of the New York-based advocacy organisation Treatment Action Group said governments had failed to deliver on funding promises made at the 2018 United Nations High-Level Meeting on TB. She said that the ever-growing funding gap “is particularly stark” for European public funders.

According to the poster, in 2020, European public funding for TB R&D totalled just €139.7-million compared with €127.4-million the previous year, with €91.5-million coming from the EU and member states. Nearly one-third of total European investments were made by the UK (30%). Compared with funding in 2019, there is an increase in overall investments in 2020 despite the economic shocks of the Covid-19 pandemic.

However, this increase is due primarily to a doubling of funding to the European & Developing Countries Clinical Trials Partnership. Overall, national-level investments, including those from the UK, decreased. Steingrüber said the EU “dramatically misses the mark”, especially when compared with the US. DM/MC