With no suspects, SAPS closes investigation into shooti...

With no suspects, SAPS closes investigation into shooting of eMalahleni municipal Speaker 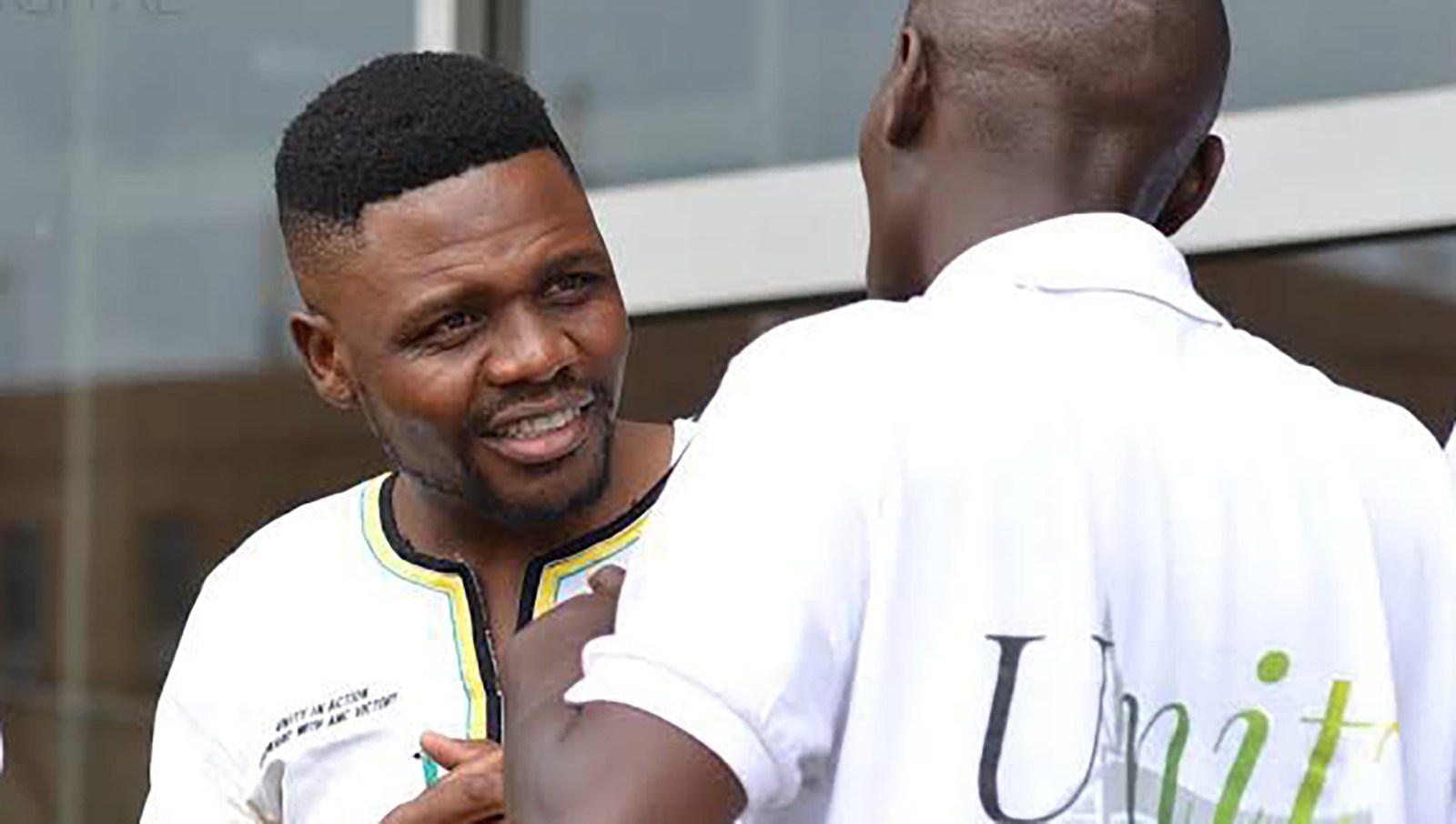 eMalahleni municipal speaker Mduduzi 'Mswati' Nkosi's shooting case remains a mystery for now as cops say the information they get make it hard for them to continue the investigation. (Photo: 013NEWS)

Police have failed to identify any suspects in the shooting of eMalahleni municipal Speaker Mduduzi ‘Mswati’ Nkosi, who, after being shot in the leg, recently missed out on becoming mayor.

Police in Witbank have stopped investigating the shooting of eMalahleni municipal Speaker Mduduzi “Mswati” Nkosi’s, saying they have done so because of a lack of evidence about the man who entered his yard and shot him.

The shooter had previously been thought to be one of Nkosi’s associates within the notorious Shikisha group who shot him in the left leg after a clash over money, but the police refused to speculate on the matter.

The SA Police Service said once new “satisfying information” is received it will reopen the docket. Nkosi’s docket is marked: “Case closed as undetected/suspect(s) unknown”.

The docket was opened on 27 September 2021 at the Klipfontein police station.

The police say Nkosi told them that on the night of Sunday, 26 September 2021 he was awakened by the alarm of his Dhuva farmhouse and when he went to check what was happening he found two men on the premises.

One of the intruders had first been noticed by his worker, according to the information that Nkosi gave to the police, and the worker — identified as a Mr Masinga — “screamed for help”. When Nkosi came out of the house he was shot in the left leg by the men.

In a message that Nkosi sent to an ANC Youth League WhatsApp group the following day, he wrote that an exchange of gunshots had occurred at his farmhouse between himself and the unknown men, resulting in him being shot in the left leg — allegedly more than once.

Police spokesman Brigadier Selvy Mohlala said that after shooting Nkosi, the suspects stole a water pump and clothes that were hanging on the washing line and fled the scene.

“The case was investigated by Witbank detectives and no arrests have been made to date. The case was closed as undetected as the suspect(s) were unknown,” Mohlala said.

A case is often closed as undetected when the evidence supplied by the complainant or witnesses cannot lead to an arrest.

“It is not the NPA [National Prosecuting Authority] that closes the case but the police station when they see that the matter has the potential of wasting their time or state resources, therefore they decide to put the docket away until there is new satisfying information on the matter,” said a police insider at Witbank police station.

A few weeks ago, Nkosi lost a mayoral race to Cornelia Nkalitshana, who served as the municipal finance MMC, after Nkalitshana emerged from the ANC’s interview process as the top candidate. Nkosi lacked the experience and academic qualifications to become mayor and ensure the proper running of a collapsing municipality such as eMalahleni.

The battle was between Nkosi, Nkalitshana and Qonde Maseko, who is the municipal whip of the council. Sources say Nkosi came last in the interview process despite being number two on the ANC’s list of PR councillor candidates where the late mayor Linah Malatjie was number one.

Sources say the interview panellists considered qualifications and experience. Nkalitshana took the helm of the municipality as a result, on 7 February.

The DA congratulated Nkalitshana and said she was a good replacement for Malatjie, who died with her husband in a car accident on 2 January.

“As the DA we don’t have any problem with her. We know her very well and we welcome her appointment to the position of mayor,” said councillor Aron Khumalo.

The ANC’s Sello Matshokga said Nkalitshana brings a “vast experience to the position of the mayor” as she had served as a member of the mayoral committee in various departments since 2006.

Nkosi has also been punted for the post of regional secretary ahead of next week’s Nkangala ANC regional congress.

Resigned regional secretary Leah Khoza, who is the district mayor of the Nkangala municipality, is gunning for the position of regional chairperson. The post is currently occupied by Speedy Mashilo, who will probably contest the provincial deputy chairperson position at the provincial conference.

Other contestants in Nkangala are Thomas Mabena, who is said to be eyeing the post of regional secretary, and Thomas Ngwenya, who wants to be chair.

Sources say Nkosi is believed to be an ally of Deputy President David Mabuza in the province where Mabuza has lost his kingmaker status. Nkosi refused to comment. DM