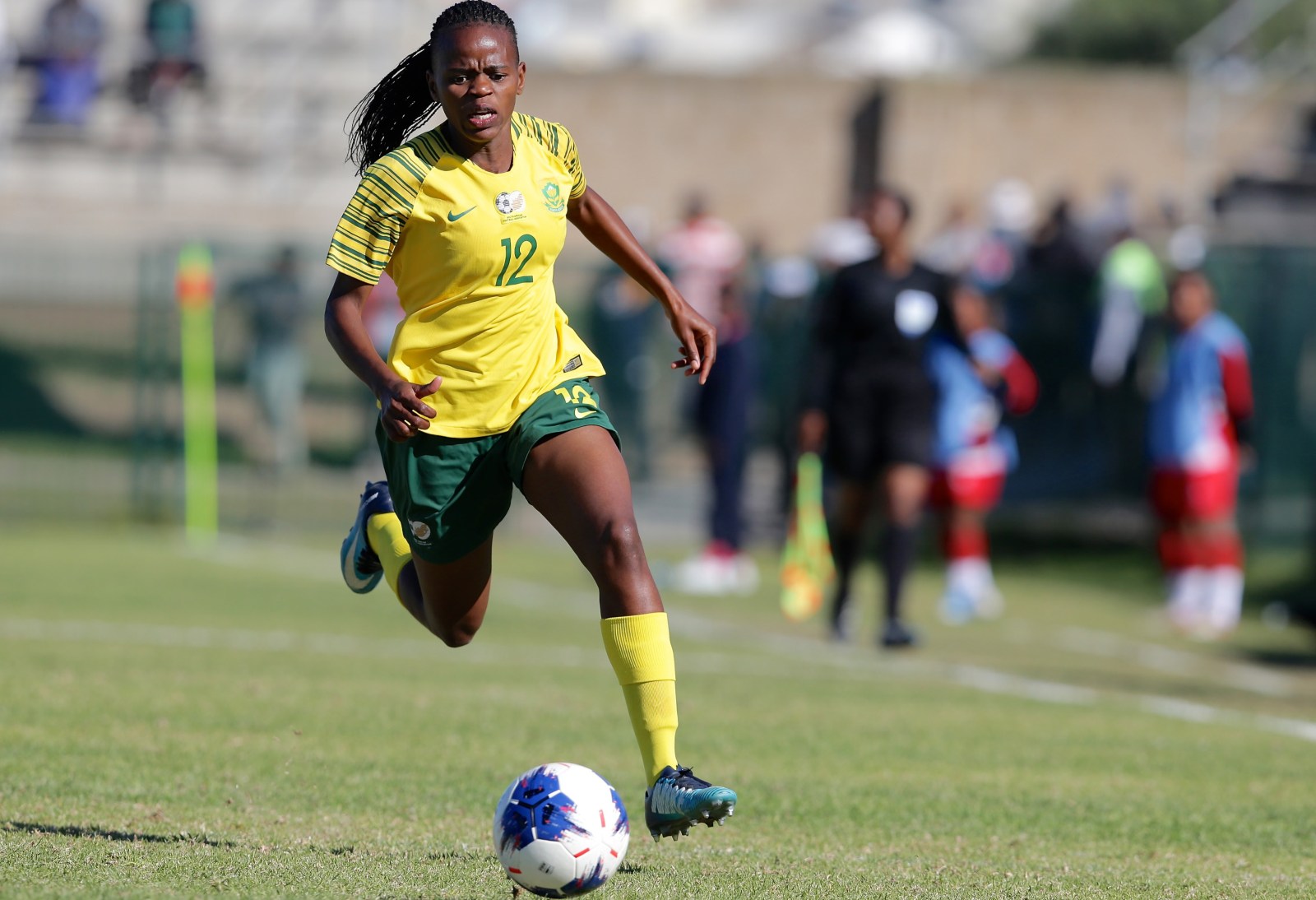 The footballer from Limpopo played her way up the ranks, from training with the local boys’ team to TUT Ladies and Sweden’s Möron BK. Now the university graduate has her heart set on Chelsea.

Because of the journey she took to the top, Hildah Magaia has taken the demands of professional football in her stride. The 27-year-old, who was born in Dennilton in Limpopo, was destined to make it in the beautiful game, with football in her DNA.

“My family is made up of people who love football. I was fortunate enough to be the one who goes far with football. I started playing football in the backyard with my dad, brother and uncle. Then I went to the field to play with the guys as there were no girls’ teams.”

Magaia, the only member of her family to turn professional, has represented them with distinction – not only by signing with Swedish club Möron BK but also by representing her country and winning with Banyana Banyana. She added the 2020 Cosafa Women’s Championship crown to her list of honours and capped her performance in that competition with the Player of the Tournament award. She was also named the 2019-2020 Safa National Women’s League (SNWL) Player of the Season during her time at the Tshwane University of Technology (TUT).

Achieving her goals took hard work and perseverance, especially growing up in a place where there were few football opportunities for girls. In 2012, at the age of 18, Magaia went to Monsterlus, about 80km from Dennilton, to play for the Brazilian Ladies. She was there briefly as things went downhill following the death of the owner.

Magaia, however, had a successful spell during her short stay there. The team owner and his wife treated her like a daughter. There she also met Noko Matlou, Banyana legend and the first South African to be crowned the Confederation of African Football Women’s Footballer of the Year, who helped her settle.

Two years after returning home, a local man named Tsietsi Selatole changed her life. “He came to my home and told my mom that he has actually seen me playing football. He said he would like to take me to Mamelodi and see if I will not get a proper girls’ team, unlike playing here [in Dennilton] with the guys,” says Magaia.

“He used to see me training with the guys each and every day, but I would not play. I would train during the week and during the weekends I would just watch them play.”

Magaia’s mother agreed. “I had so much in my mind. At some point I asked myself if this is really legit and if I’ll cope when I got there, considering being far away from home,” says Magaia.

Those doubts were soon wiped away. She quickly got on to one of the many women’s teams in Mamelodi, before playing for the Tuks Ladies’ satellite team from the University of Pretoria, which was based in Mamelodi and playing in the Absa Regional League. She was promoted to the Tuks Ladies team based in Hatfield and played with them in the Sasol League until 2016.

In December 2016, she was invited to play in an amateur tournament where TUT was playing for fun. She impressed, and got the opportunity to play in a structured team as well as further her education. Magaia joined TUT Ladies in 2017 and started studying officiating and coaching science. She captained the side to glory in 2019 as they lifted the Women’s Football Varsity Cup trophy for the sixth consecutive time. She also got her advanced diploma in business administration, which she completed in 2021.

“Patience, that’s the most important thing that I learnt from being at TUT. If … I did not sit back and say, when the time is right the Lord will make it happen for me, then I would not be where I am today,” says Magaia. And when her time came, she “used it wisely”.

When Magaia was named the SNWL’s Player of the Season, she had finished with 36 goals and was tied with Rhoda Mulaudzi, who had led Mamelodi Sundowns Ladies to glory. “I was surprised when they announced me as the Player of the Season. My goal was to score more goals and be the top goalscorer,” she said.

The value of patience

Magaia’s time in Pretoria coincided with her breaking into the Banyana fold. She scored on debut against Lesotho in February 2018. “I was really nervous knowing that I am representing the nation and not only myself and my family. It was something that I had been waiting for. After scoring the goal, I was elated and just kneeled down and praised the most high,” she says.

Four years later, Magaia is chasing 20 caps. Magaia led Banyana Banyana to qualify for the African Women Cup of Nations after they drew 1-1 against Algeria in Algiers on Wednesday night, but won 3-1 on aggregate.

Banyana desperately want to win the continental showpiece to make up for their failure to qualify for the Olympic Games.

Magaia says her success comes from following in the footsteps of her role model Jane, as well as her mother. “My mother is one of the motivations in my life, because without her supporting me and being with me throughout the way, I don’t think I would be where I am today.”

She signed for Möron BK, who play in Sweden’s second division, in February 2021. “Being a student prepared me to be as professional as possible because when you are a student, there is a certain way that you have to conduct yourself. So, it made it easy for me to transition from just being an institution player to a professional player.”

Her dream is to play for Chelsea in England. “You must follow your heart, do what you love and not what others love. If you do what others love, you will not get where you want to get. Do what you love wholeheartedly. “Playing professionally and being a woman athlete is not easy; it takes time to get wherever you want to get to. I wish they had told me that when you really want something, you need to be patient enough. Because if you are not patient enough, you are not going to get there.” DM168