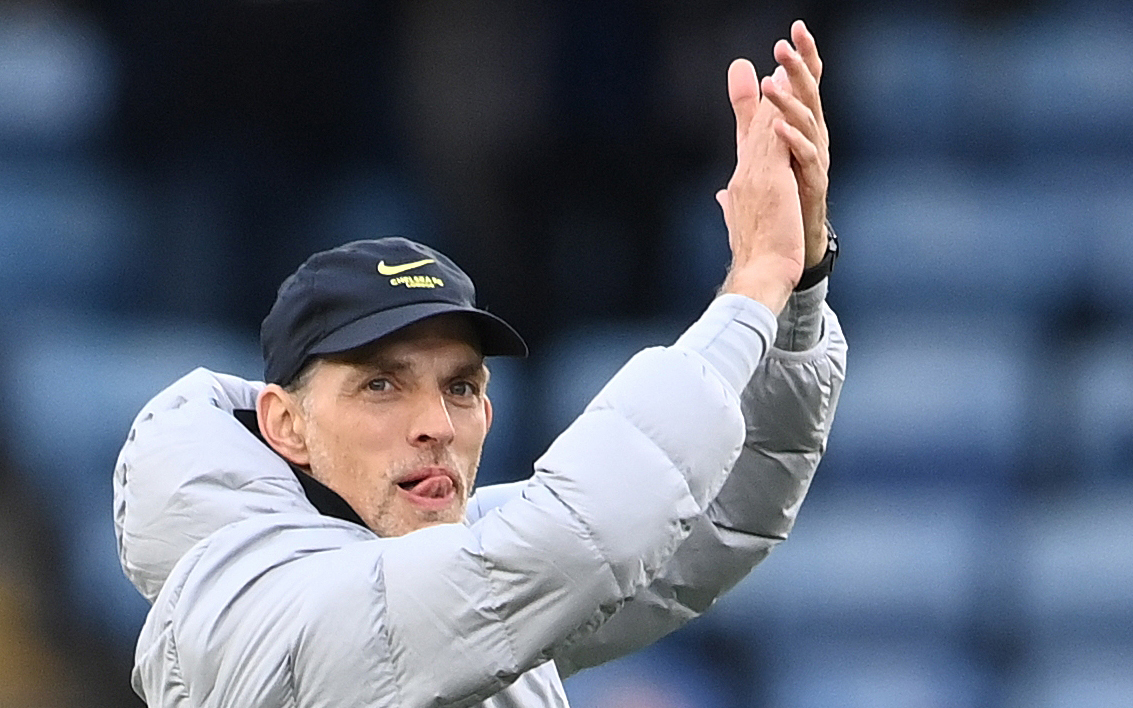 Chelsea rediscovered some of their fluent attacking form as they beat Lille 2-0 in the first leg of their Champions League last-16 tie on Tuesday, 22 February, but the talk at Stamford Bridge was more about the striker who did not play than the ones who did.

Record-signing Romelu Lukaku sat on the bench as an unused substitute while fellow strikers Kai Havertz and Christian Pulisic claimed the goals that put reigning champions Chelsea in the driving seat to advance to the quarterfinals.

Three days earlier, against Crystal Palace, Lukaku had the fewest touches of the ball – seven – ever recorded for a player on the pitch for at least 90 minutes in a Premier League game since such data began to be collected in full in the 2003-04 season.

That unwanted record added to the questions being asked about the Belgian’s role in Thomas Tuchel’s side, which has often looked more dangerous this season when Lukaku was absent with injury or owing to Covid-19.

Lukaku scored 24 league goals and provided 11 assists for Inter Milan last season to help them clinch the Serie A title and he got off to a good start in his second spell at Stamford Bridge after his move to London in August.

He scored three goals in his first three Premier League games and linked up well with fellow strikers.

But he has scored only two more goals in the league since then, and comments that he gave in a television interview, in which he said Tuchel’s system did not suit him, only added to the sense that Lukaku is not the right fit for Chelsea.

Tuchel told reporters after the win over Lille that he had decided Lukaku needed a break after starting in a string of games recently.

“The focus was today on intensity, on a high-speed game and hard work off the ball,” the German coach said. “Romelu struggled in the last games to deliver that.”

Lukaku did score two of Chelsea’s three goals during the Club World Cup tournament that the Londoners won in Abu Dhabi earlier in February.

But the threat posed by Havertz throughout Tuesday’s defeat of Lille, and his hard work rate, suggested the German may get the nod ahead of the Belgian when Chelsea come out of the tunnel at Wembley on Sunday, 27 February, for the League Cup final against Liverpool.

Atlético Madrid were hurt by their failure to beat Manchester United in the first leg of their Champions League last-16 tie, but coach Diego Simeone took consolation from his team’s strong performance.

The Spanish side dominated a match they led from the seventh minute before Anthony Elanga’s late goal earned the Premier League side a fortunate 1-1 draw.

Simeone saw his team’s display as more important than the result.

“After the group stage is over, you can win the Champions League only with draws,” Simeone said, adding that the end of the away-goal rule made the result less damaging.

“We have to repeat many things from today’s game. There are many positive things, it may look as if they have the advantage but nothing changed. It’s like it all will begin from scratch in Old Trafford.”

Atlético have struggled in their LaLiga title defence this season, sitting fifth in the standings 15 points behind Real Madrid.

“Good things like collective work, pressing up, defensive play… I liked how we competed. Very satisfied with the team’s play,” Simeone said.

Prolific striker Sébastien Haller was again among the goals as Ajax Amsterdam forced a 2-2 draw away at Benfica on 23 February in their last-16 tie.

Not only did the lanky Haller score to take his tally in this season’s competition to 11 goals in seven games; he also contributed an own goal in a pulsating clash at the Estádio da Luz.

The Dutch club were ahead after 18 minutes through captain Duŝan Tadić but an unfortunate own goal from Haller saw the scores level seven minutes later.

Ajax, however, did not take long to restore their lead as Haller made amends with a close-in finish in the 29th minute.

A second-half header from substitute Roman Yaremchuk ensured a draw for the hosts and a boost to their hopes in the second leg in March.

Duŝan Vlahović scored the second-fastest goal ever for a Champions League debutant as his Juventus side were held to a 1-1 draw at Villarreal.

The 22-year-old Serbian striker, who joined the Turin side from Fiorentina in January, needed only 33 seconds to net a perfect cross shot.

Juventus dominated the game but a mistake by their defence in the 66th minute gave Dani Parejo the chance to score the equaliser. Étienne Capoue spotted Parejo alone and unmarked behind defenders, and sent a perfect pass over the top for the Spanish midfielder to tap into the net. Reuters/DM168