SARS clamps down on illicit trade in alcohol and tobacc... 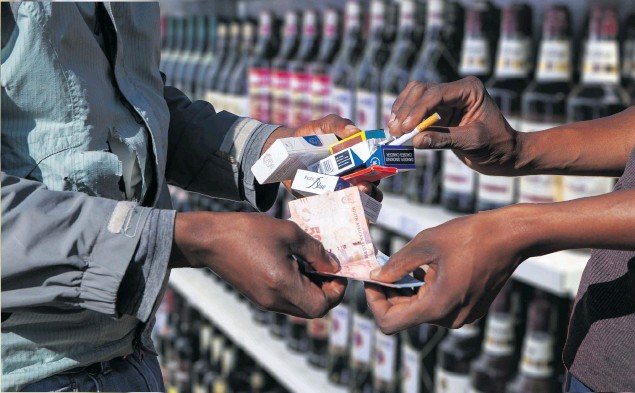 Illegal trade in the alcohol industry alone is estimated to be costing the state up to R6.4-billion a year in unpaid excise tax and this is compromising the country’s economic wellbeing.

The true extent of the impact of illicit trade and lockdowns was made abundantly clear with the Budget announcement this week. The slow return to a “normal” economy after the lockdowns of 2020 saw a strong resumption in the sales of alcohol and tobacco, which pushed excise duties up almost 50% (49.4%) to R48.2-billion from R32.2-billion the previous year. The Budget Review notes that collections of excise duties are recovering from the trade restrictions imposed owing to lockdown, particularly in the alcohol sector, with companies now paying duties deferred during the pandemic.

The lockdowns placed pressure on all sectors in the economy, but smokers and drinkers in particular drove the illicit trade in tobacco and alcohol when they were unable to get their fix legally. Illicit trade has been the bane of South Africa’s economy – even prior to the pandemic.

A study by the Research Unit on the Economics of Excisable Products found that 30% of cigarettes consumed in 2017 were likely to be illicit, not only compromising the country’s economic wellbeing but also bankrolling crime syndicates. That figure is likely to have increased after tobacco traders opened new sales channels and gained new customers during the bans. During the lockdown, Business Leadership South Africa estimated that the tobacco bans alone were costing the fiscus as much as R35-million a day.

“In order to react to the proliferation of illicit trade, we need an industry-wide effort to curb its spread,” says Fouche Burgers, national project manager at Business Against Crime South Africa, a division of Business Leadership South Africa. The bans on the sale of alcohol and tobacco products also gave the illicit trade an opportune environment in which to thrive.

“It is now more prudent than ever that solutions, actions and collaborative opportunities to curb illicit trade are tabled to mitigate this rampant form of crime,” he says.

South African Revenue Service (SARS) Commissioner Edward Kieswetter says the government is making progress in cracking down on illicit trade and criminals alike. “Specifically in relation to criminal cases, we have completed 650 cases, 11.5 million assessments, issued 12 preservation orders and seized assets to the value of R5.4-billion. We have also conducted seven search and seizure operations, and two tax inquiries in the gold and illicit financial flows sector,” he says.

In relation to illicit cigarettes, SARS has raised assessments of R18-billion in additional duties, cancelled the trading licences of three clearing agents, liquidated one operator and referred eight cases of illicit tobacco traders for criminal prosecution. “A lot of the work we do is not in the public domain, and there is so much going on in the background. We are working hard behind the scenes and, in relation to illicit trade, we are exploring the entire value chain from importers to manufacturers. We leave no stone unturned in our effort to determine where leaks are in the system, from raw materials to processing, manufacturers, distributors and retailers. Crime and corruption and illicit trade is not a SARS problem, it is a South African problem… SARS is just one agent doing what it can to solve the problem where it can,” Kieswetter says.

In terms of criminal investigations, SARS has handed 220 cases over to the National Prosecuting Authority, and 43 of these cases were related to personal protective equipment (PPE) – another area where opportunistic criminals sought to boost illegal profits during the pandemic. Kieswetter says there have already been 113 convictions, including 11 PPE cases. The convictions have resulted in either direct imprisonment or suspended sentences in addition to financial fines or orders to be paid to SARS.

Kieswetter notes that, during 2021, SARS focused less on illicit alcohol, having found the tobacco industry to be the bigger area for illicit trade. However, the alcohol industry seems to be telling a different tale.

The South African Liquor Brand Owners’ Association (Salba) noted that excise taxes on alcohol were increased by between 4.5% and 6.5%, and pointed out that this represents an increase above inflation and therefore still beyond National Treasury’s alcohol excise policy.

Chairperson Pamela Nkuna says Salba had made submissions to the Treasury and SARS proposing a moderate excise tax adjustment that was not higher than inflation and, “while not completely satisfied with the outcome, we welcome the minister’s decision in that it indicates that our pleas have not gone completely unheard”.

She adds that the sector is committed to playing a significant role in the nation’s economic recovery. “We recognise that the government’s economic recovery plan places an enormous burden on the nation’s fiscus. As the President said in the State of the Nation Address, ‘a new consensus’ was required, one in which the state creates an environment that enables and encourages the private sector to invest and drive the economy.”

The industry enables an estimated 100,000 licensed independent alcohol traders to continue trading, earning a livelihood and providing much-needed jobs. The illicit trade in alcohol takes its toll by robbing legitimate businesses of their profits and could be costing the government as much as R6.4-billion a year in unpaid excise tax.

“The alcohol industry is a significant contributor to the fiscus through the number of people it employs who pay tax to the proceeds paid to the government from excise taxes,” she adds. “We believe that private business – from corporate through to small to medium enterprises (SMEs) – has a vital role to play in alleviating poverty through job creation and encouraging business expansion. The minister’s announcement on excise, on balance increasing rates above inflation, will unfortunately not allow these businesses to contribute at their full potential.”

Salba chief executive Kurt Moore says the decision to increase excise on spirits by 2% above inflation comes as a surprise considering the already high excise incidence that spirits carry and the fact that illicit trade is most prevalent in the spirits category. This decision therefore creates more room for illicit traders, who pay little or no excise, to profit at the cost of the legal sector.

“The decision by the minister to increase excise tax above inflation on balance will continue to provide a competitive advantage to illicit traders at the cost of the legal market and society at large,” he said. “Above-inflationary excise increases contributed to the situation where legal alcohol prices now exceeded those of illicit alternatives by 43% on average.”

Illicit traders seized the opportunity to provide cash-strapped consumers with easy access to cheaper alternatives, almost doubling their market share in less than a decade. By volume, it currently represents 22% of the South African alcohol market, making it a formidable force and one that cannot be ignored or encouraged.

Salba says the legal alcohol industry value chain in 2019 supported almost a million jobs and contributed R173-billion at market prices to GDP, including the payment of R72-billion to the fiscus in indirect taxes alone. DM168