Reflections of a Wayward Boy: The hippie in a suit 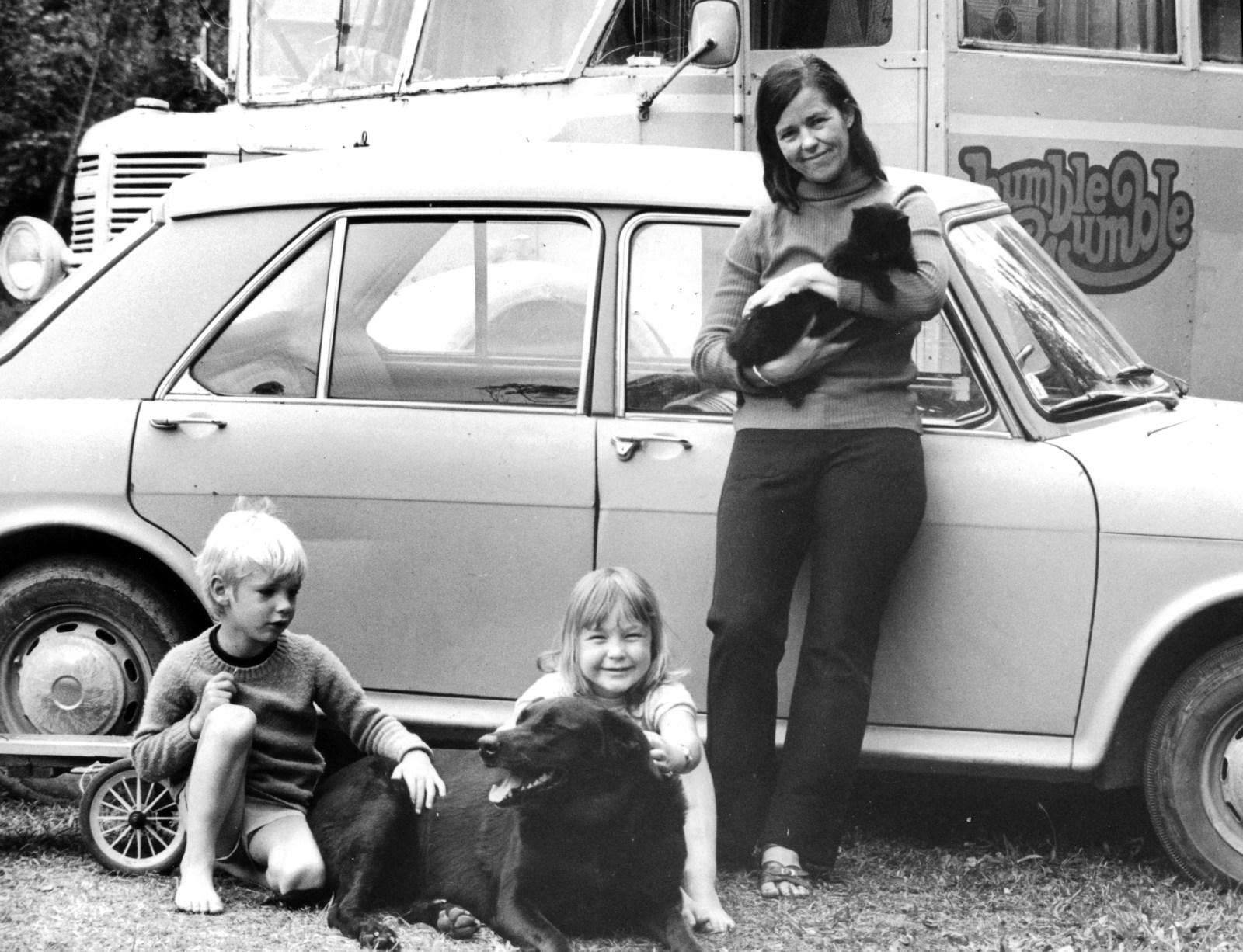 In early 1976 I read the signals emerging from both New Zealand and South Africa regarding rugby tours and potential insurrection and came to simple conclusions: There would be no more apartheid rugby tours of Aotearoa/New Zealand and, with the ANC in the apparent doldrums, the prospects for rebellion on the home front were minimal. It didn’t take long for reality to prove me wrong on both counts.

In a classic example of how wishful thinking can influence analysis, I had, by early 1976, come to the conclusion that the anti-apartheid movement had all but won the apartheid rugby battle in New Zealand; that given the depth of division within the country, no politician would be crazy enough to allow another Springbok tour. At the same time, with the ANC not making much impression, it seemed that nothing was stirring on the home front.

Soweto, June 16, revealed only too clearly how wrong I was about the South African situation. That was when the domestically based and largely Black Consciousness-inspired rebellion erupted. But by then, the Bell family was on the road, taking an opportunity to learn what we could as we explored a geologically and geographically stunning country. And we were in Tanzania when, in 1981, the often brutal “batons and barbed wire” clashes in New Zealand finally put paid to further Springbok tours.

At the forefront of many of the 1981 protests were, understandably, young Maori groups. They tended to be aware that South Africa had introduced racism into New Zealand rugby by refusing to allow Māori All Blacks to tour South Africa. Some 40 years earlier, the NZ Rugby Union got around that problem by setting up a separate Māori team to tour elsewhere while an all-white All Blacks team toured South Africa. Left out of that 1930s All Black tour was George Nēpia, recognised as one of the greatest rugby fullbacks of all time.

But, given the depth of feeling we experienced while on the road, between 1976 and 1978, I was convinced there would be no more tours. At the time, home for the Bell family was a 10-metre (36ft) former school bus powered by a 110-hp diesel engine imported from a former fishing boat and, behind it (on an A-frame) the family car was towed. It was all very basic and, along with Barbara and me were daughter Ceiren, son Brendan, a large black labrador dog, Jezebel, a cat, Daisybel, and two allegedly male mice that produced a great many offspring within weeks of leaving Auckland.

To cover the costs of the venture, I had signed a contract to provide weekly photo features for the NZ Women’s Weekly, reputedly the most widely read publication in the country. We never tallied up the kilometres travelled over nearly two years, but with the exception of Milford Sound in the south and Ninety Mile Beach in the north, we cannot think offhand of any area we did not visit or at least pass through.

In the process, we all, to varying degrees, learnt much about the history, geography, social norms and attitudes of different communities while working on individual educational programmes agreed with the correspondence school. Every fortnight, the school sent out, by post, its packages of lessons and cassette tapes. And there were daily radio broadcasts for various groups.

What I also quickly discovered as we trundled through the countryside, was that appearances mattered. In those days I sported long hair and our bus was dubbed (by the children) Humble Bumble, a name inscribed graphically on the left side of the vehicle by artist friend Barry Stevens. As one farmer informed me, our arrival might be seen as “the bloody Hippies are here”.

So, on arrival in any area, the “hippie” who stepped out of the bus wore a suit and tie. And I could then introduce myself as representing the highly respected NZ Women’s Weekly. It worked. As one farmer, dressed in khaki shorts, a black singlet (vest) and wearing mud- and dung-splattered gumboots, noted when he met me: “I thought you were a hippie, but I saw you were okay: you’re dressed decent.”

This incident seemed to sum up so much of rural New Zealand that rightly praised itself for being unquestioningly warm and welcoming while denying an often deeply ingrained and narrow bigotry. A perfect example was provided by the chairman of a tiny, historic and community-owned and operated pub in the Otago highlands. He claimed proudly: “We’re the most tolerant community in the world.”

To illustrate, he explained that he was a “left footer” (a Roman Catholic), while a “push-button” (Prestbyterian) who “drinks so little it would make a brewer weep”, was the secretary of the community-owned bar. The children from the 28-strong village school also attended, without discrimination, either Sunday school. I knew of the historic animosity in the region between the two religious groups. Apparently it was no more: tolerance reigned.

I couldn’t resist asking him: “How would you regard it if a good, cooperative and hard-working family moved into the area, but had their own kind of religion?” For a moment he looked utterly puzzled before noting curtly: “Put it this way, mate: if you’re out with one of us, you’re out with all of us.”

However, on a practical level, there was also much to gain that we thought might be of use when — it was never a case of if — we returned to Africa. Education and various forms of schools and schooling were major interests, but so too were the great number of often ingenious self-help solutions in a country where DIY sometimes seemed to rival rugby as a secular religion.

There was the farmer who powered a sawmill and two houses on DC electricity generated by water piped down a mountainside to drive a single Pelton wheel, that micro hydro power source first developed in the 1870s. Or the Italian families who had settled in the city of Nelson and turned their back yards into a series of glasshouses, becoming urban farmers. And the brothers who, as the fuel price soared, showed, convincingly, that it was better and more cost- and energy-efficient to plough with Clydesdale horses than tractors.

Then there was the Riverside Community, established by women whose pacifist husbands had been interned by the government at the outbreak of World War 2. By 1970, hugely successful as a major berry producer, it provided lessons on both the advantages and problems of collectives while being a living example of the labour-intensive, but cost-effective rammed earth method of construction.

Acclaimed architect, Michael Payne, designer of community housing as far afield as Hong Kong and prime planner of the “organic community” known as Quaker Acres in New Zealand, took time to explain the importance of building design on communities. But, there was also a deeply saddening example of how a language, much of a culture, and a sense of history could all but disappear in a mere few decades.

That was on Ruapuke (“Two hills”) a small island off the southern tip of New Zealand and once the fortress of a warrior chief of the Ngai Tahu who fought seizures of Māori land in the late 19th century. Until World War 2 and the collapse of the flax trade, it had a population of about 200 and the uncared for headstones in the ancient cemetery all bore inscriptions, dated up to 30 years earlier, in the Māori language. Yet I found only one elderly man on the mainland who spoke the language. And Alf Topi, grandson of Chief Tōpi Pātuki and, at the time, the sole permanent resident of Ruapuke, could not even respond to a greeting in Māori. He admitted he did not have much interest in history.

There were resonances here for South Africa and, as we travelled, we continued to hear news of the upheavals on the home front and of the numbers of mainly young people fleeing. So, once back in Auckland, I wrote directly to OR Tambo, giving details of our involvement in education and asking if there was not perhaps a posting for us, closer to home, since our children were clearly old enough to travel.

There was a prompt reply: the ANC, OR said, was establishing a secondary school in Tanzania on ground donated by the Tanzanian government. But since many of the people arriving had young children, would we consider leaving to start a primary division?

It was an offer we couldn’t refuse and we set about collecting enough material to sustain a school for up to 100 children for a year. But before we left to follow the more than a tonne of equipment we had shipped, I was arrested twice for nuclear-free Pacific protests — and remanded in custody. DM