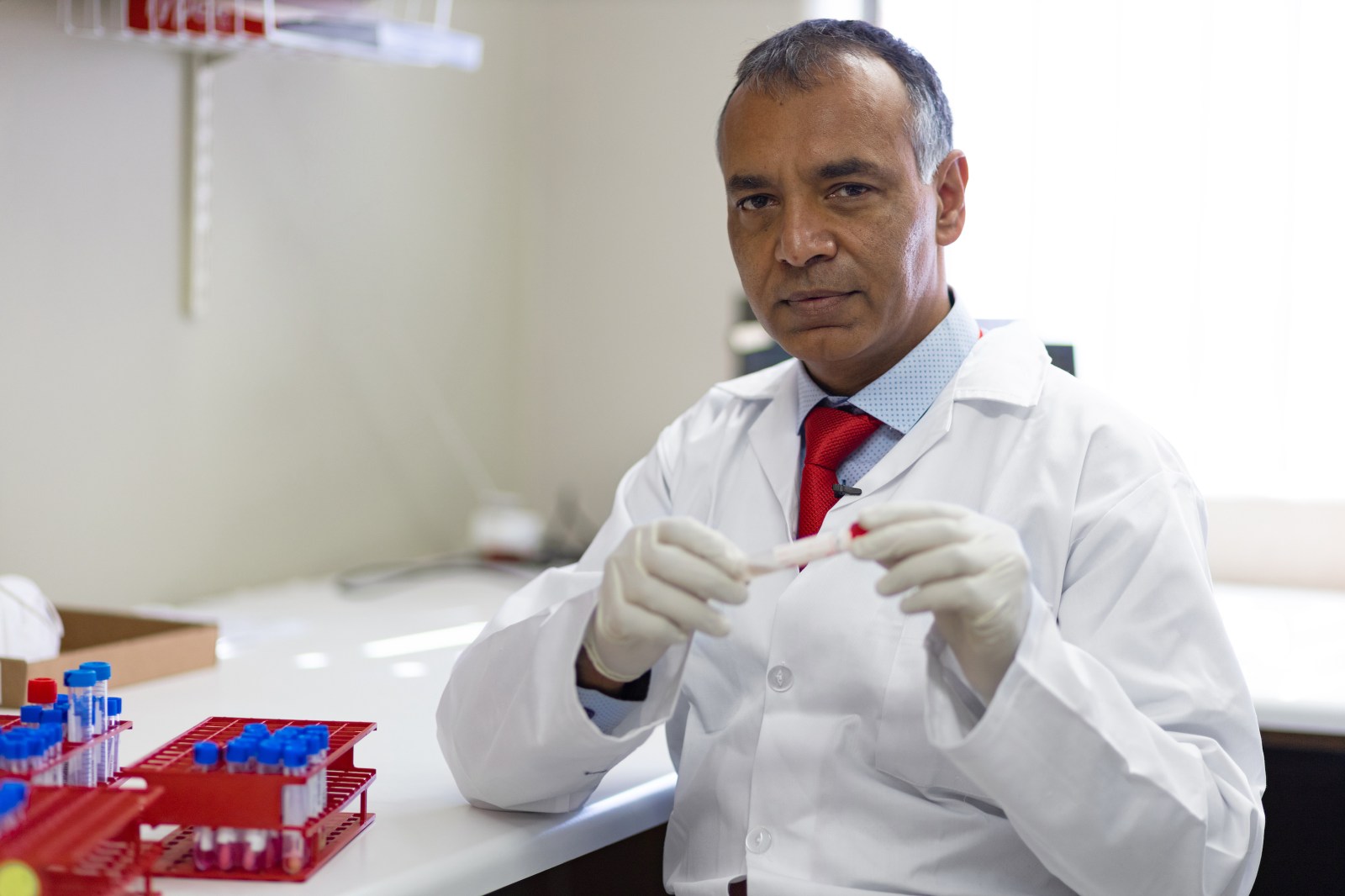 Professor Shabir Madhi said South Africans had extensive immunity against severe Covid-19 disease and death prior to the fourth wave that was triggered by the Omicron variant. (Photo: Supplied)

The first peer-reviewed and published data demonstrating a decoupling between infections and Covid-19 severe disease and death during the Omicron wave in South Africa, show it is likely 85% of Gauteng residents already had Covid-19 before the outbreak of the fourth wave.

An estimated 85% of people living in Gauteng had Covid-19 at one time before the outbreak of the Omicron wave in late 2021, according to a new study published this week in the New England Journal of Medicine.

The lead author of the study, Professor Shabir Madhi, the dean of the Faculty of Health Sciences and professor of vaccinology at Wits University, and executive director of Wits VIDA, said on Friday that the survey, the second since March 2020, was important to establish the force of infections in South Africa, since the first survey showed that the recorded cases presented a severe underestimation of the true state of the outbreak. This was because there had not been enough testing.

Compared with the UK, South Africa was testing 15 times less.

“If we know how many people were infected it helps us to understand the future risk of resurgences and the trajectory of the pandemic.”

“I wasn’t surprised at all by these results,” Madhi said.

“In the South African context much of what we did to try and prevent infections had just spread out the number of infections over a longer time.

“South Africans had extensive immunity against severe Covid-19 disease and death prior to the fourth wave that was triggered by the Omicron variant.”

This immunity had been due to high infections in the first three waves and vaccination.

The study was conducted among people in Gauteng, where a quarter of South Africans – about 15.5 million – live. It showed that three in four people had been infected by the SARS-CoV-2 virus at least once since the start of the pandemic in March 2020 and before the Omicron wave in South Africa in November 2021.

The findings indicate that despite breakthrough infections (when people contract the virus after they have been vaccinated) or reinfections (in those with a history of infections) were likely to have been common during the Omicron wave, immunity induced by vaccine or past infection generally protected well against severe Covid-19 disease, hospital admission and death.

The study presents the first peer-reviewed and published data demonstrating decoupling between infections and Covid-19 severe disease and death.

Mahdi said that despite what these results mean for natural immunity, it remains crucial that 90% of people over 50 get vaccinated.

“That needs to be the single, main goal of the vaccination programme,” he said, explaining that older people remained at higher risk of severe disease and death.

He added that the latest science shows that natural immunity (acquired through infection) coupled with vaccine-induced immunity provides a high antibody response against coronavirus infections.

“The study findings indicate that we have reached a turning point in the Covid-19 pandemic, even in countries with a modest uptake of vaccines, but where there has been a high force of natural infection, which has resulted in a massive loss of lives,” Mahdi said.

“When excess deaths are factored in, three times the official figure of 97,000 people in South Africa have died of Covid-19. The actual number of deaths from Covid-19 in South Africa is closer to 300,000 people.”

Mahdi said their findings have significant implications for Africa, where vaccines and resources to support vaccine roll-out are limited and where hospital admissions for Covid-19 severely constrain public health facilities and resources.

“The findings from the study necessitate a recalibration of not only how we deal with the pandemic, which appears to be at its tail end, but also how we make the most efficient use of vaccines across Africa where only approximately one-tenth of the population have received at least a single dose of Covid-19 vaccine.

“We are never going to be done with Covid-19. But the acute phase of the pandemic has passed.”

Further mutations were possible but highly unlikely to cause more severe disease.

“I think it is high time that we get back to normal – and our data support the case – but at the same time people must do what is required to keep themselves protected,” he added. DM/MC