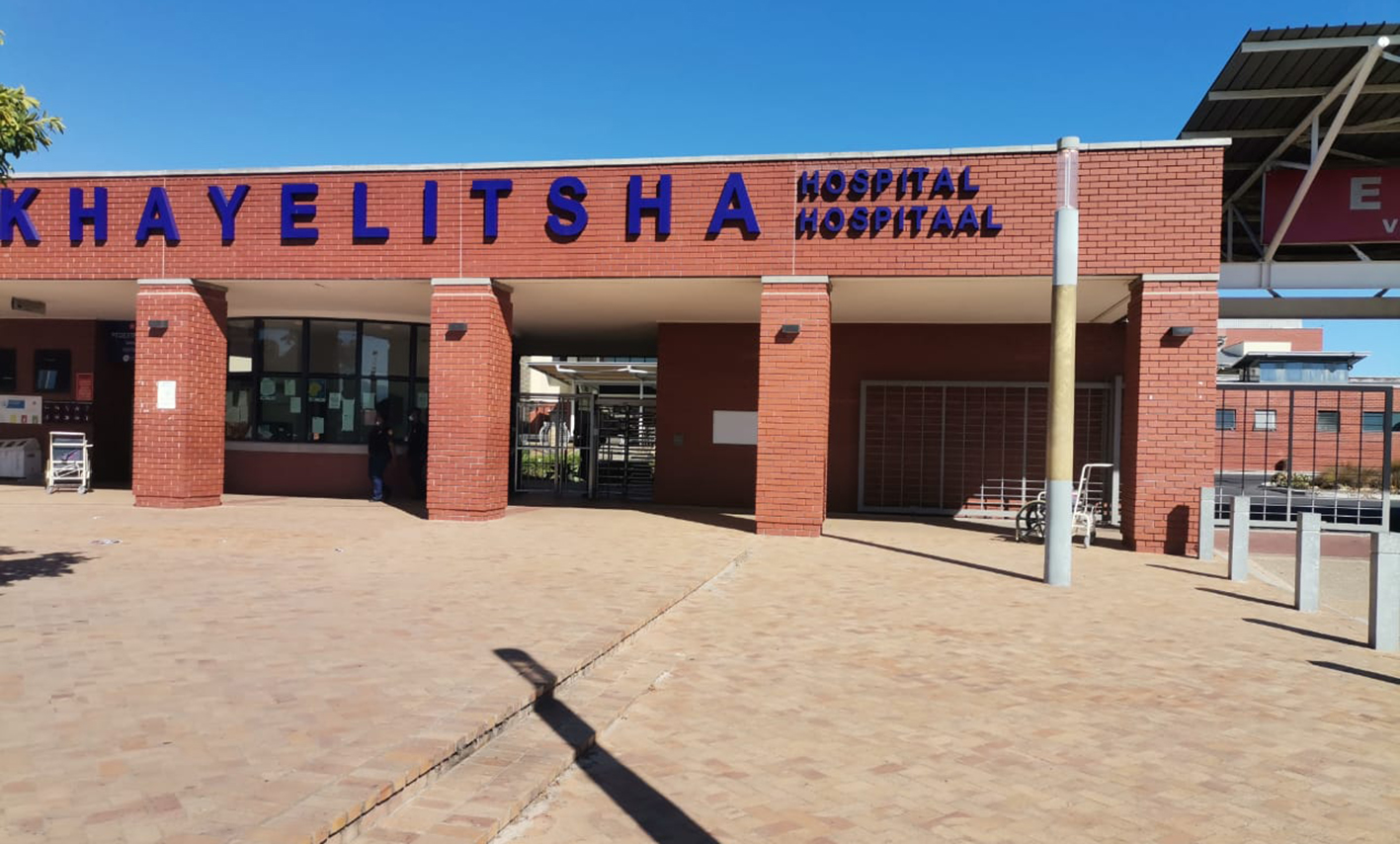 The CEO of the Khayelitsha District Hospital says the facility needs R150-million to address issues with staffing, backlogged surgeries, and a general lack of resources. (Photo: Mary-Anne Gontsana)

The hospital has 340 beds but frequently has to accommodate nearly 450 patients.

The growing burden of mental health conditions associated with substance abuse and unemployment in Khayelitsha was worsened by the Covid pandemic. This is according to Khayelitsha District Hospital CEO David Binza.

On 23 February, Binza told members of the Western Cape Provincial Parliament’s Standing Committee on Health that the hospital was in urgent need of a R150-million cash injection to address issues with staffing, backlogged surgeries, and a general lack of resources at the facility.

He explained that since opening in 2012, the hospital had “grown exponentially” and is experiencing a spike in cases, especially in the trauma unit. “Khayelitsha is dealing with a quadruple burden of diseases. By that I mean a lot of violence, trauma and injury cases, communicable diseases like TB and HIV, with a growing trend of non-communicable diseases like hypertension and diabetes,” he said.

Binza said the hospital’s trauma services are immensely pressured over weekends, month-end, public holidays, and when there are major events in the community. “It is experiencing a lot of constraints because it is the only hospital in Khayelitsha and the demand exceeds the supply,” said Binza.

In January, a media report highlighted the impact of staff shortages and resources at the hospital. Members of the provincial legislature also conducted a site visit following complaints that patients were having to sleep on the floor and were treated badly by staff.

According to Binza, the hospital has a capacity of 340 beds but frequently has to accommodate nearly 450 patients. “We often find ourselves operating at 130% or more,” he said.

Dr Saadiq Kariem, chief operating officer of the Western Cape Provincial Department of Health, told the standing committee that R114-million had been allocated to fund additional services at facilities across the province, from which the hospital would benefit. But some committee members raised concerns that this amount was not enough to make an impact on the current situation at the hospital.

Binza said that staff were doing what they could to try and resolve some of the challenges at the hospital. “Other things that could alleviate the pressure on the hospital would be building the Belhar Regional Hospital. This could assist with our workload because patients from surrounding areas like Mfuleni could be redirected there. But that is a long term process,” said Binza.

In a statement released after the briefing, the DA member of the Western Cape Provincial Legislature Wendy Kaizer-Philander said that additional agency staff would be used to assist with the staffing shortfalls, “as well as general additions to its current infrastructure”.

Kaizer-Philander said a 30-bed extension unit is planned to be completed next year. Radio campaigns would be used to “help to raise awareness of the facilities the community should seek”.

GroundUp asked the provincial department about its budget allocation to the hospital. Abulele Dyasi, communications officer for the Khayelitsha Eastern Sub-Structure in the provincial department of health told us that the budget allocations were yet to be confirmed. “A part of the funding for the 2022/23 financial year will be used to assist with operations, resources, equipment, and human resources. This would help Khayelitsha District Hospital address theatre backlogs, maximise theatre time and improve theatre efficiency.” DM