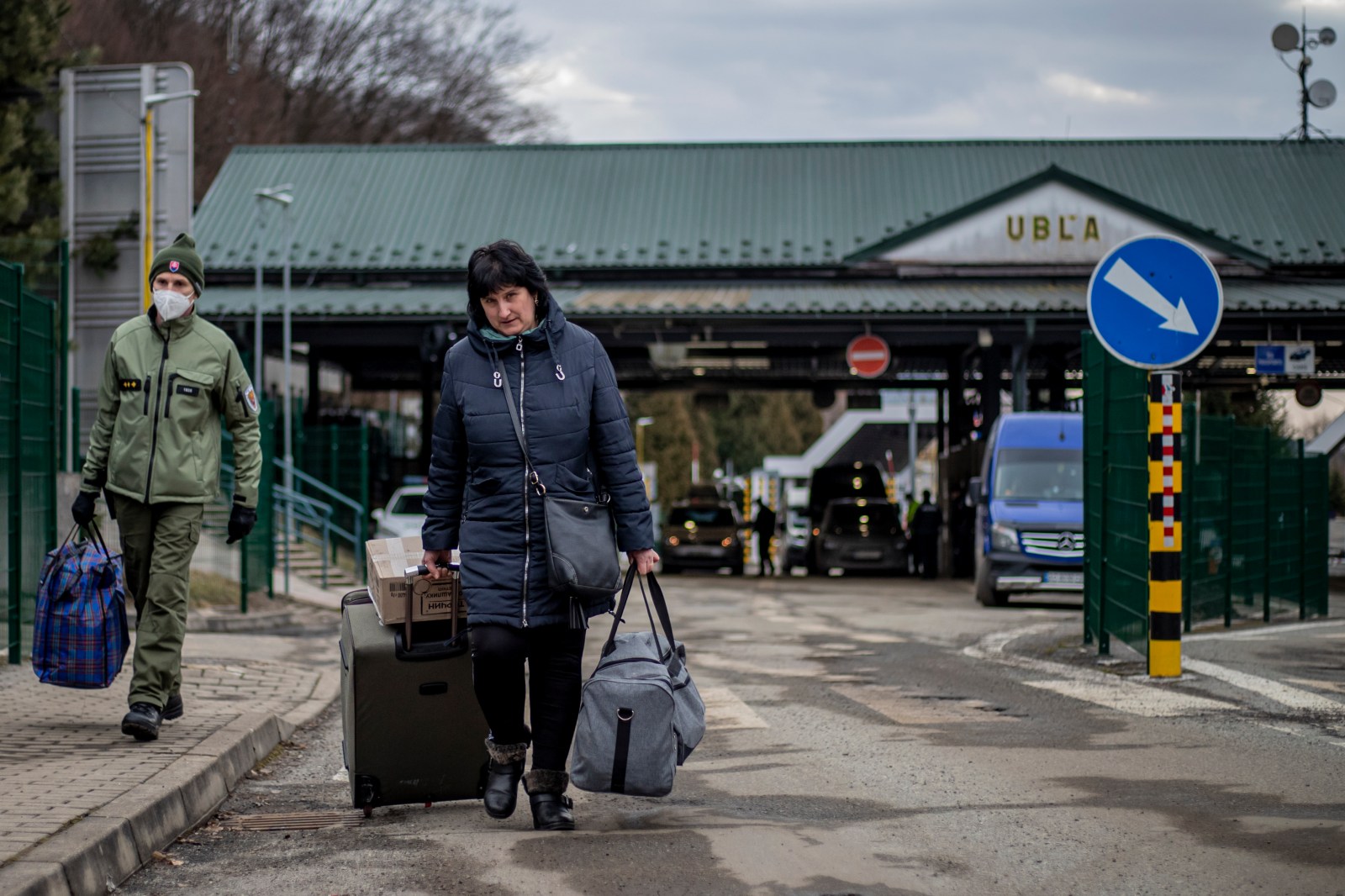 epa09783735 People fleeing Ukraine arrive in Slovakia through the Ubla border crossing, 25 February 2022. Slovakia said it will let fleeing Ukrainians into the country following Russia's military operation in Ukraine. The Slovak Police Force announced on social media that people not holding a valid travel document will also be eligible for entry on an individual basis. EPA-EFE/MARTIN DIVISEK

GENEVA, Feb 25 (Reuters) - Fuel, cash and medical supplies are running low in parts of Ukraine after Russia's invasion, which could drive up to 5 million people to flee abroad, U.N. aid agencies said on Friday.

At least 100,000 people are uprooted in Ukraine after fleeing their homes since Russia launched its assault on Thursday, while several thousand have already crossed into neighbouring countries including Moldova, Romania and Poland, U.N. refugee agency spokesperson Shabia Mantoo said.

“We are looking at ranges of 1-3 million into Poland for example … A scenario of 1 to 5 mln including all surrounding countries,” Mantoo told a U.N. briefing in Geneva.

Missiles pounded the Ukrainian capital of Kyiv on Friday as Russian forces pressed their advance. Air raid sirens wailed over the city of 3 million people, where some were sheltering in underground metro stations.

“As we speak, there have been major attacks in Kyiv that have created great fear and panic among the population with families really scared, moving alongside their children into subways and shelters. This is clearly a terrifying moment for children across the country,” Afshan Khan, UNICEF’s regional director for Europe and Central Asia, told the briefing.

“We are still trying to see which civilian infrastructure in Ukraine has been hit where,” she said.

UNICEF was focusing on cash assistance to families, she said. The effect of Western sanctions, which have been imposed on Russia, will be analysed in terms of the aid pipeline, she said.

U.N. human rights office spokesperson Ravina Shamdasani said that it had reports of at least 127 civilian casualties in Ukraine – 25 killed and 102 injured – “caused by shelling and air strikes”. This was likely a significant under-estimate, she said.

Jarno Habicht, WHO representative in Ukraine, speaking by video from Kyiv, said that it had no reports from hospitals but was trying to monitor casualties and needs.

The priority is to provide treatment for the wounded as well as mental health and psychological support, he said.