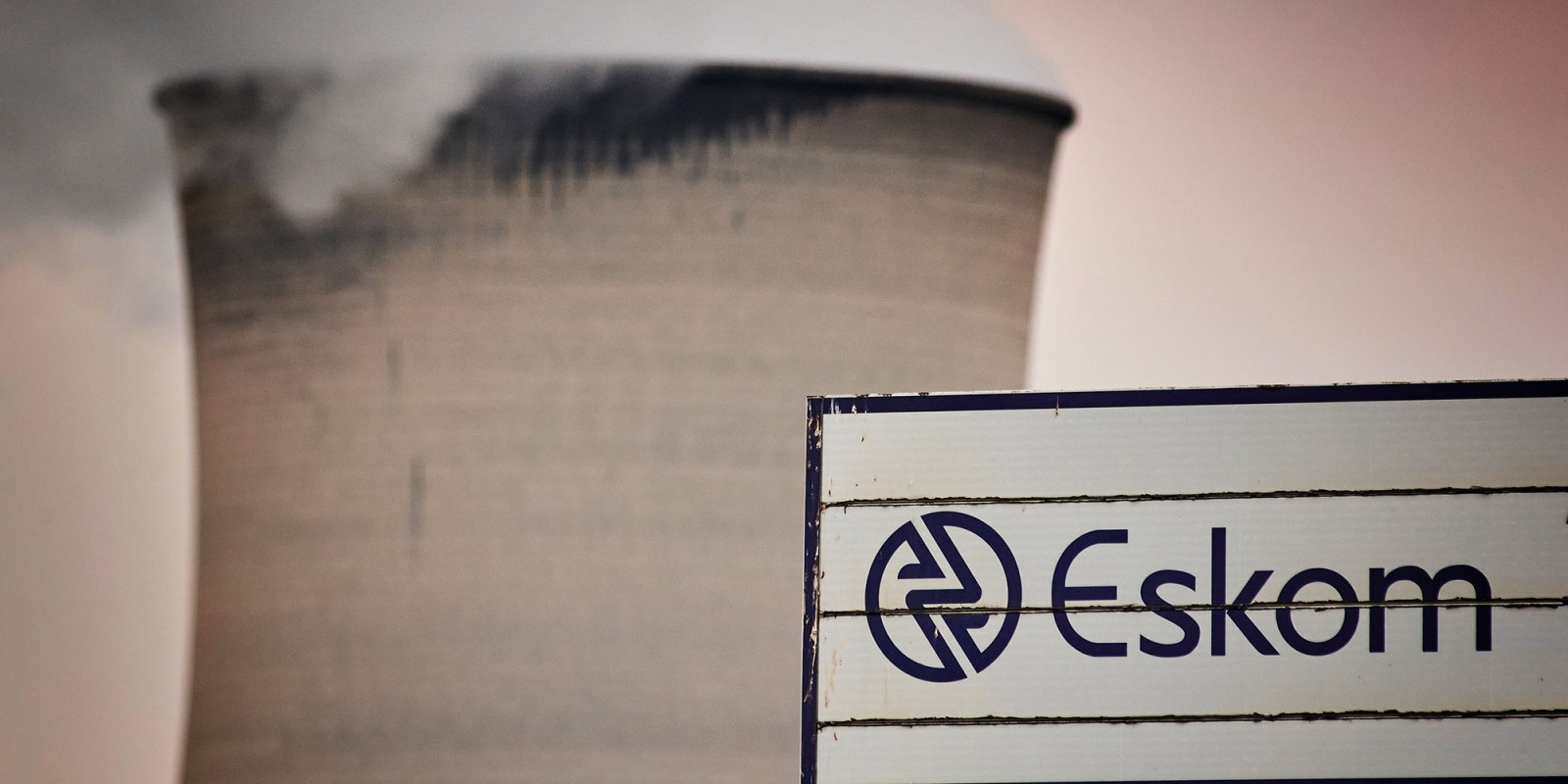 In an affidavit, Eskom says it wants to voice its “unequivocal support” for the relief being sought by the NPA with regard to Optimum Coal. (Photo: Waldo Swiegers/Bloomberg via Getty Images)

Eskom CEO Andre de Ruyter submits an affidavit in support of the National Prosecuting Authority, saying the parastatal cannot back a business rescue plan that would put the Gupta-owned asset in the hands of a State Capture ‘perpetrator’.

Eskom appears set to try and back out of a vote it cast in favour of the Optimum Coal Mine business rescue plan nearly 18 months ago.

Adopted by creditors in September 2020, the plan paves the way for former Gupta business associate Daniel McGowan to take over the asset through a debt conversion deal.

But Eskom CEO Andre de Ruyter now says the parastatal has reconsidered its position due to the National Prosecuting Authority’s high court bid to attach the Gupta shares in Optimum as well as another, aimed at preserving a R1.3-billion creditor claim that provides for McGowan’s Liberty Energy to take over the business.

In what is set to become one of the biggest legal fights to come out of the State Capture scandal, the Investigating Directorate of the NPA filed these two applications in December 2021.

The State contends that the Guptas paid for the initial purchase of Optimum Coal with the proceeds of crime — cash allegedly stolen from Transnet, the Transnet Second Defined Benefit Fund and Eskom.

In addition, the creditor claim allowing for McGowan’s takeover is also the proceeds of crime and the instrumentality of money laundering.

It is for this reason that Eskom says it cannot be party to a deal that would allow the asset to fall into McGowan’s hands.

De Ruyter, in an affidavit filed in support of the NPA’s case, says Eskom does not seek to participate in the mammoth battle set to play out in the high court in Pretoria early next month.

Rather, it wants to voice its “unequivocal support” for the relief being sought by the NPA.

“This is to ensure that McGowan who was a co-perpetrator of State Capture crimes with the Gupta family and their associates, does not acquire Optimum Coal Mine and Optimum Coal Terminal,” De Ruyter says in the affidavit dated 21 February 2022.

Garg is the Gupta son-in-law whose Sun City wedding caused a national outcry in 2013 when an aircraft ferrying guests from India was permitted to land at the Waterkloof Air Force Base.

Paul Holden of Shadow World Investigations told the State Capture Commission how the Guptas had used money raked in from State Capture deals to pay for Optimum — and also how Centaur had helped them to mobilise cash for it.

Part Five: How the Guptas used their loot

While Eskom, the second-biggest creditor after McGowan’s Templar, voted in favour of the rescue plan in 2020, it is now reconsidering. Details of how the parastatal intends getting out of the deal though is not set out in De Ruyter’s affidavit.

McGowan is the man behind Liberty Energy, a newly formed company that is destined to take over the business of Optimum through a debt-to-equity deal.

De Ruyter says Eskom was one of the primary victims of State Capture and the current leadership is committed to recovering what it can from the perpetrators.

De Ruyter says the NPA’s case concerns events in which former Eskom executives took decisions contrary to the interests of Eskom for the benefit of the Gupta family and their associates, De Ruyter says.

Those decisions ultimately left Eskom with unpaid claims against Optimum and other Gupta companies.

The parastatal has a claim of R1.276-billion, the largest recognised claim after that of McGowan’s Templar Capital.

Templar acquired its creditor claim through a cession from the original holder Centaur Ventures.

McGowan — now at war with the Guptas — controlled both companies at the time of the cession in June 2020.

De Ruyter says Eskom’s claim will be substantially compromised if the current business rescue is implemented.

The parastatal initially voted in favour of the business rescue plan because, at the time, it appeared to be the only one that McGowan — who then had veto rights — would accept.

It also backed the plan because the BRPs had told Eskom that no viable and concrete offers could be secured for Optimum so as to yield a higher return for the parastatal.

“It thus appeared to be the only way that Eskom was able to recover from OCM some of the loss that it had suffered as a result of the State Capture activities that are ventilated in the present applications (by the NPA).

“Prior to Eskom voting in favour of the business rescue plan Eskom knew about McGowan’s attendance of the infamous Sun City wedding of the Guptas.”

It, therefore, instructed its legal representatives to consider the underlying transactional documents for the CVL claim with the purpose of raising a potential challenge against it.

However, Eskom was advised that a challenge thereof would only be successful if Eskom could demonstrate that the coal supply services, ostensibly rendered by OCM to CVL were not legitimate and were not as a matter of fact rendered. (The NPA does not buy McGowan’s version on this.)

Optimum Coal: NPA’s Hermione Cronje wants curator to step in to protect ‘interest of the State’

“Eskom had no evidence to advance such a challenge, and thus had no reason to believe, and were unaware, that the CVL claims were the instrumentality of money laundering offences and the proceeds of State Capture crimes.”

The Optimum business rescue plan has been the subject of much drama in recent months and the clock is ticking now because of an end March 2022 deadline for final implementation.

The NPA’s applications will be heard early next month.

Optimum Coal Mine and Optimum Coal Terminal were among a cluster of Gupta-owned companies placed into voluntary business rescue in February 2018.

This was after South Africa’s major banks terminated their accounts rendering the companies unable to conduct commercial activity.

Eskom was initially OCM’s largest creditor with an R5-billion claim but following negotiations, the claim was reduced and settled at just short of R1.3-billion in March 2020.

McGowan is embroiled in litigation against the Guptas in Bermuda and has also applied to intervene in an application to liquidate their flagship, Oakbay Investments, in South Africa. DM

Update: McGowan’s legal team provided Daily Maverick with a copy of a letter they had sent to challenge the claim that he had attended the Sun City wedding. McGowan, they say, did not attend the wedding and as such his lawyers demanded that Eskom urgently file a supplementary affidavit to correct this. They also insisted on a written apology.